In Review: Machine Gun Kelly is a renaissance artist in 2021 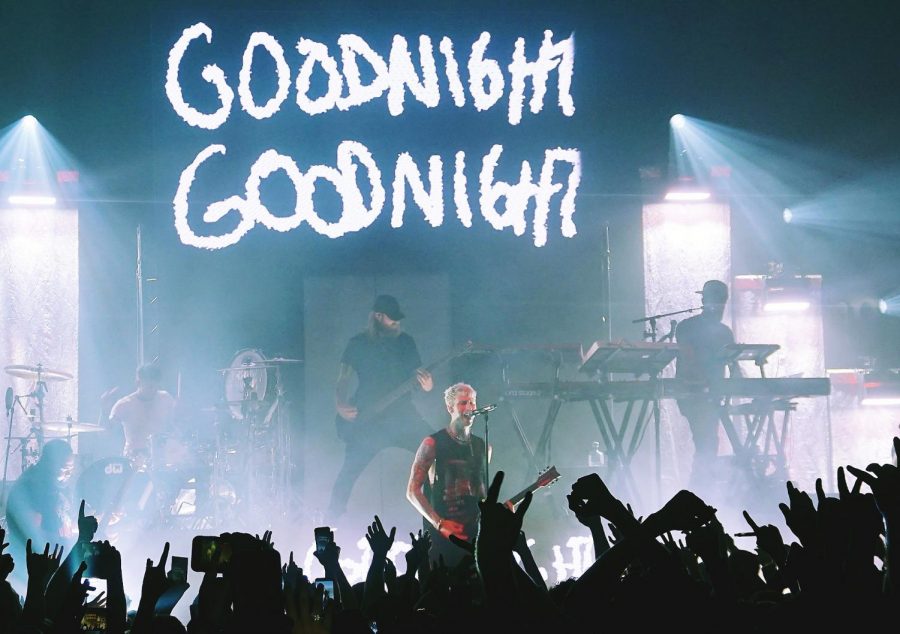 A constant criticism in music is staleness or saturation, in that all music may sound the same. Machine Gun Kelly is not the case. Throughout his career, he has proven that musicians can evolve and expand their artform as time goes on.

Machine Gun Kelly, born Colson Baker, is a Cleveland, Ohio, native. His work includes his Billboard chart-topping album “Tickets to My Downfall,” which is a testament to how underrated his artistry truly is due to his ability to venture exceptionally well into multiple genres.

Kelly broke into music through the rap genre by creating his platinum, career-rocketing single “Wild Boy” Kelly started out with a recording contract with Bad Boy, founded by music mogul Sean “Diddy” Combs and Interscope Records in 2011. His rap direction slowly began turning into a more pop/punk feel with the release of his fourth album “Hotel Diablo.”

One of the most notable tracks off the album is “I Think I’m Okay,” featuring English artist Yungblud and legendary Blink-182 drummer Travis Barker. The track is filled with classic pop-punk harmonies and pent-up aggression that compliments Kelly’s ability to translate well in the genre.

Fast forward a year later, Kelly generates one of the best pops/punk albums of the decade with Barker being featured on the entire album. “Tickets to my Downfall” is an album that is full of storytelling. The single “Lonely” describes Kelly’s feelings of loss and despair due to the death of his father, who died just days prior to the release of the album, or “Play This When I’m Gone” which is the last single of the album that is a message to Kelly’s daughter that details Kelly’s struggles with addiction and suicide.

Kelly went from a rap to a pop-punk style in 2020. Considering his past work, which include a diss track and negative comments towards rap icon Eminem, some people feel that feud caused Kelly to move over genres, leaving the rap game.

“I wanna start out by saying that I would like to normalize how we think about doing multiple types of music,” Kelly said in a cover story interview with Kerrang. “I didn’t switch genres. I’m versatile; the wall isn’t boxed in.”

The lead single of the album, “Bloody Valentine,” features Kelly’s girlfriend and actress Megan Fox in the music video. It is one of the most reviving pop punk singles with lyrics that can resonate with the causal listener. “I’m overstimulated and I’m sad I don’t expect you to understand/ “It’s nothing less than true romance or am I just making a mess.”

Reaching number one on the Billboard Top 200 Albums is not an easy feat to accomplish, but “Tickets to my Downfall” succeeded at doing that with five of its songs reaching top-ten Billboard singles.

Kelly’s talents span further than the music scene. In the film “The Dirt,” Kelly appeared as Motley Crue drummer Tommy Lee. In the Netflix production, viewers and fans can see that Kelly is much more than just a rapper.

With a budding acting career appearing in films such as “Bird Box,” “Project Power,” and “Big Time Adolescent” alongside his real-life best friend Pete Davidson, Kelly is a multi-dimensional artist that can succeed in both spectrums of the entertainment industry. This album has added more diverse layers to his career, proving Machine Gun Kelly is just scratching the surface.

Isaiah Ramirez may be reached at [email protected]; @IsaiahRamirez1 on Twitter.