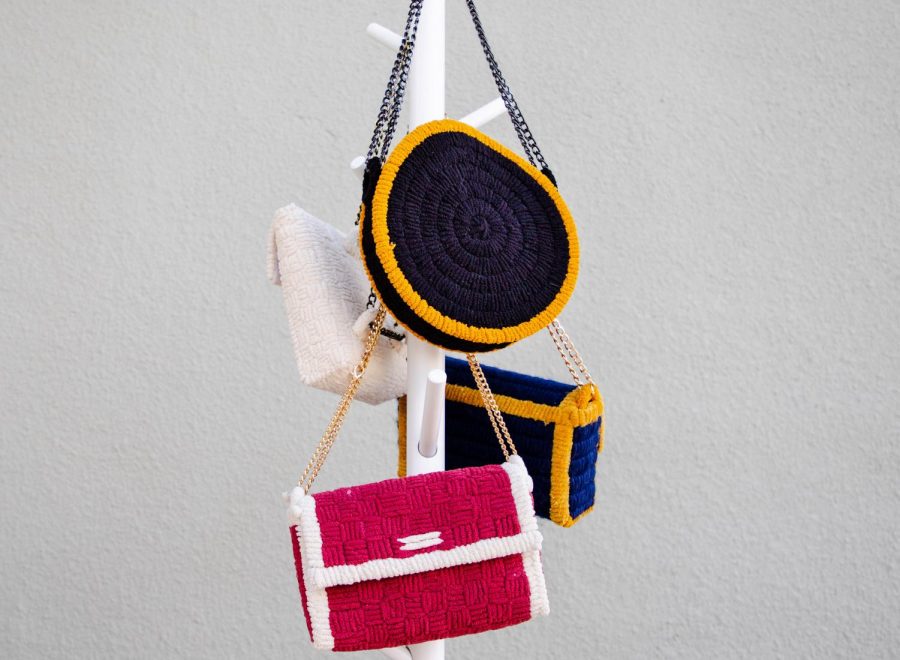 Malenni is a locally owned brand of hand made purses. The online store is ran by three women, Malenna Melgoza, Lucia Rodriguez, and Karla Rodriguez.

Grappling with unemployment from the pandemic, a local family revived an old family practice to start its very own fashion company from home. The result was Malenni, a brand-new fashion company based in El Paso. The company specializes in crafting handmade and customized purses and accessories online.

The company was founded on Instagram two months ago by a family of three after Malena Melgoza, after whom the company is named, was forced into unemployment as a consequence of the COVID-19 pandemic. Her two daughters, Lucia and Karla Rodriguez, sought ways to occupy their mother’s free time, and drew inspiration from a childhood memory.

“We were looking at pictures of us when we were kids and my mom used to make us do purses like this because we had a lot of energy,” Lucia said. “When we saw the pictures, we thought it was a great idea because it’s not only making the purses but it’s also a stress reliever for us.”

Crafting purses together has brought back many nostalgic emotions for the family. What was once used as a means of keeping the kids busy, purse making has become an activity that is engaging and profitable. It’s brought the family closer together and sparked inspiration in the process.

While the purses Lucia and Karla made as children were large and not intended for sale, the company’s purses are made of higher quality materials, modeled after popular contemporary styles.

The first few bags Malenni produced were inspired by purses and handbags trending on social media, but as they began to fully invest in their craft, they began creating models of their own.

“We have sold around ten in the two months we have been doing this, and we have made 15 in total,” Lucia said.

Melgoza is expected to retire this year but is anticipating the freedom to explore the potential of her company. Her daughters embrace the fact that the company has rejuvenated their mother’s spirit and are optimistic about the longevity of their brand.

“We are hoping we can keep doing this for as long as we can. We not only want to make the designs that we have, we want to expand to different things,” Lucia said. “Our company wants to make as many handmade things as we can in different styles.”

The two sisters have been brainstorming the variety of products they can create. Some ideas range from bracelets and rings to a large backpack design and keychains.

Melgoza finds herself contemplating the scope of her company and the ways she can assist others in the same difficult position she once found herself in. She hopes to grow as a recognizable name and employ others to benefit her craft and the community.

Lucia is grateful for the opportunities that beginning this company has afforded her and her family.

“It’s really hard (during this time) for people to earn income like my mother when she lost her job, but I guess the little things are what matters,” Lucia said. “People can find passion and peace in even the smallest things.”