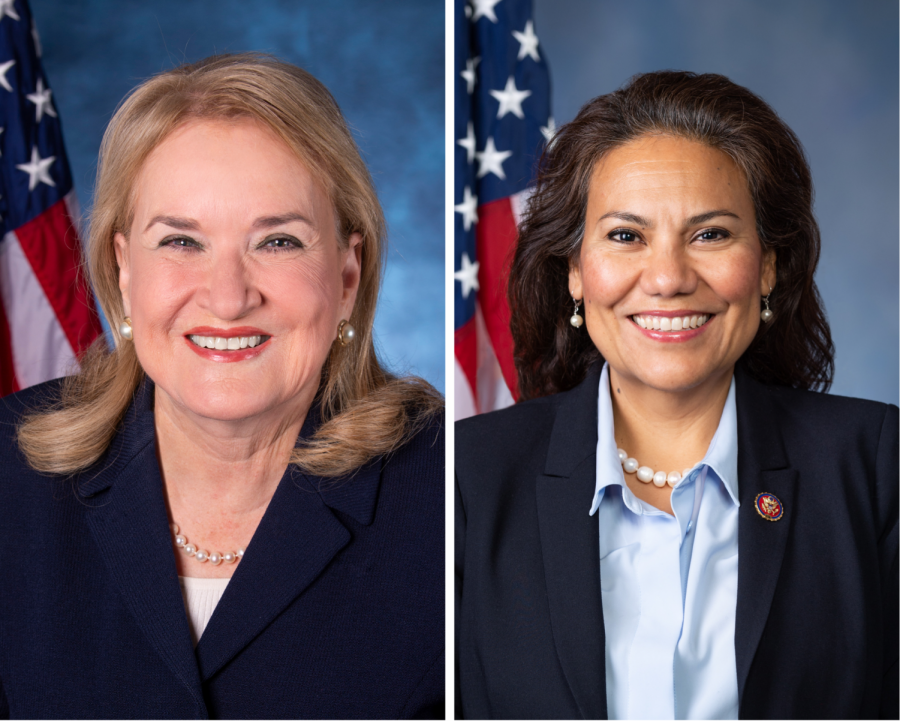 On a virtual event hosted March 9 as part of UTEP’s Women and Gender Studies conference,  U.S. Representatives Veronica Escobar and Sylvia Garcia spoke with KTEP’s News Director, Angela Kocherga, about voting, racism and the work that has yet to be done in America.

‘Valiant Women and the Vote’ gave the UTEP and El Paso community, the opportunity to hear the opinion of women in politics regarding current issues the country is facing and the actions that must be taken to pass legislation aimed at fixing them.

Among the topics Escobar and Garcia addressed, was the local Cielo Vista Walmart shooting that occurred August 3, 2019, where a gunman allegedly drove from North Texas to target Hispanics in the border community.

“The attack was real, the sentiments before the attack were real,” Garcia said. “The shooter in El Paso was real and they learn it from somewhere, they did come from the rhetoric from the White House.“

The discussion was in relation to how one can identify extremists and the threat they pose to local communities, which have led to lingering concerns following the siege of the U.S. Capitol on Jan. 6.

Escobar, an El Paso native representing Texas’16th Congressional District, explained that the House’s crime sub-committee will be examining domestic terrorism. According to Escobar, she is working on legislation that helps preserve civil liberties and privacy, but also help the FBI with resources to track domestic terrorists.

“We’ve got to protect communities like ours, so legislation resources are going to be key,” Escobar said. “Racism is the root cause of much of this.”

Escobar expressed her concerns for the issues that may arise as immigration bills like the Dream and Promise Act and the Farm Worker Modernization Act are debated on the House floor next week.

“We’re going to see xenophobia and racist language continue to ramp up, as we’re seeing more vulnerable people arriving at our front door and places like El Paso,” Escobar said.

Escobar mentioned the racist language used by some political figures puts a target on Latino communities, which is why she said a lot of work is left to be done.

Noelia Gonzalez may be reached at [email protected]; @OfficialNoeliaG on Twitter.