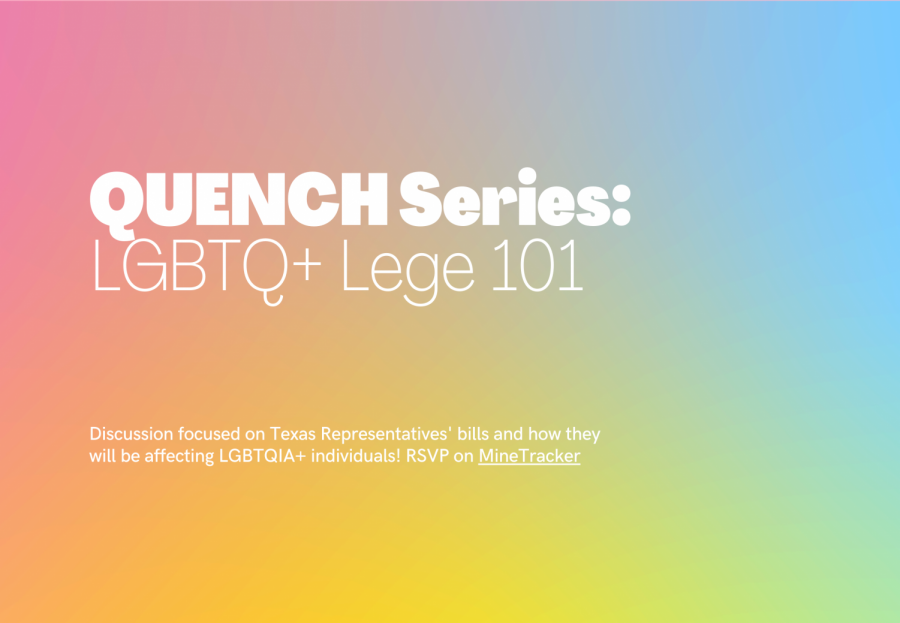 The series encourages students, faculty, and staff to educate themselves on topics about the LGBTQIA+ community through lectures, discussions, and panels.

Its guest speakers were Adri Perez, policy and advocacy strategist for the Americas Civil Liberties Union (ACLU) of Texas, and Michael Gutierrez, a student leader for Texas Rising at UTEP.

The discussion focused on Texas representatives’ bills and how they will affect members of the LGBTQIA+ community.

“I think it’s essential to be as informed as possible about the legislative session,” Daisy Gomez Cigarroa, 26, a UTEP alumna, said. “Although I work in advocacy myself, I feel like I can never know too much.”

The attendees were first informed about the Texas Legislature structure and the process of how a bill becomes a law in Texas.

“To defeat discriminatory legislation, we must educate ourselves on how we can participate during the 2021 session,” Alan Lizarraga, 19, a UTEP biological sciences student said.

Members discussed the importance and benefits of the recent executive orders signed by President Joe Biden on his first day on office, Jan. 20, that stated, “All persons should receive equal treatment under the law, no matter their gender identity or sexual orientation.”

“It was such an important legal decision to be made,” Perez said. “It really opens up the door for protections for the LGBTQIA+ people. Not just in the state of Texas, but in the whole country.”

On Jan. 25, Biden signed an executive order that repealed a ban set by former President Donald Trump’s administration that restricted transgender people from joining the military.

According to Perez, the Texas priorities for the ACLU are to support a statewide nondiscrimination ordinance filed by the LGBTQIA+ Caucus and State Rep. Jessica Gonzalez. It also focuses on protecting the LGBTQIA+ community from bad bills like religious refusals, sports participation, attacks on transgender children and their families, and abortion access.

“It’s important to fight back against these narratives, every single step of the way,” Perez said.

Rising Texas priorities are similar to ones of the ACLU. According to Gutierrez, it is seeking to protect transgender children, reproductive rights, and comprehensive sex education.

Gutierrez announced that Texas Rising will be hosting the Civics Y’all: Texas Lege March 4, which will discuss LGBTQIA+ equality and reproductive justice.

“Educating ourselves about the different experiences in the LGBTQIA+ community is the first step towards achieving equality and social justice,” Lizarraga said.

The next discussion of the Quench Series will be  March 3, and all attendees need to RSVP on Mine Tracker to join the meeting.