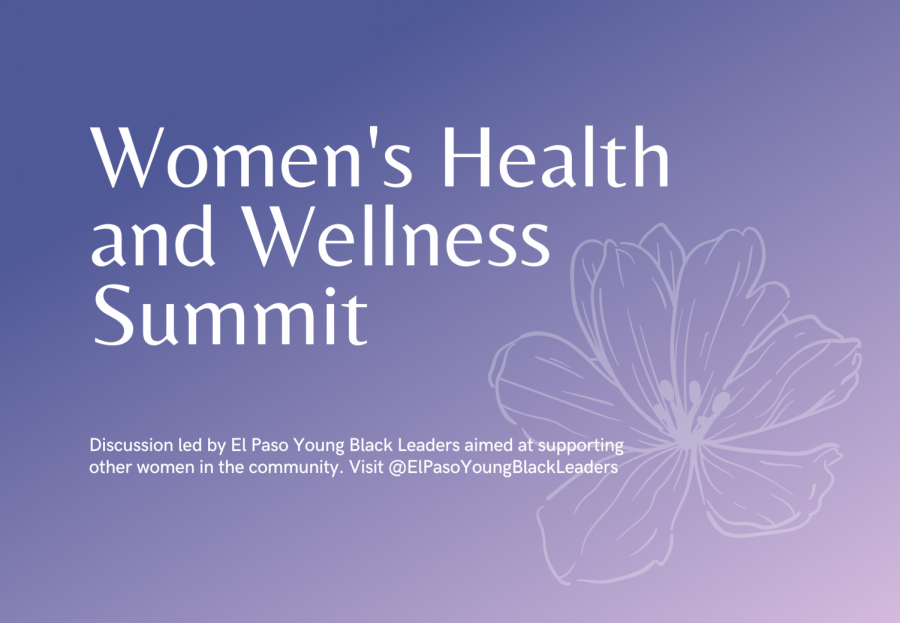 The El Paso Young Black Leaders (EPYBL) is preparing to virtually host its 2021 Women’s Health and Wellness Summit on April 17-18. The event will educate and bring together El Paso women to provide mental, health, and empowerment tips and advice.

“We’re going to speak on tips for dieting and fitness, mental toughness, and disease prevention,” said Tamieka Henry, 26, president of EPYBL since 2019.  “All our speakers are licensed and trained professionals, so they engage in this summit to give back to the community.”

Founded in 2018, EPYBL was founded by Henry and Baltimore native, Prince Chijioke, with the goal of providing Black organizations support and opportunities to network.

“We‘ve had realtors, we’ve had law enforcement, we’ve had different representatives from the City of El Paso come out and speak and then afterwards, it would serve as a meet and greet,” Henry said. “The cool thing about these events was that every time you showed up, you would see new faces, which was the idea behind it.”

In 2020, Henry founded EPBYL as a nonprofit organization, with the idea to continue networking while giving back to the community. In the past year, EPBYL has accomplished this mission by partnering with fellow El Paso organizations such as the Teachers Federal Credit Union, the El Paso Chamber of Commerce, and the Coalition on Anti–Racism Education (C.A.R.E).

Reflecting on EPBYL’s first summit held in November of last year, Henry reminisced the joy and positivity it brought to attendees and herself after seeing the grassroots platform deliver.

“One of the most rewarding things about the summit was receiving feedback from our guests, they were engaged, it was an open and comfortable environment for them to speak on their experiences,” Henry said. “Once we completed the summit, it felt so fulfilling and rewarding to know that we were able to have a platform that was positive, and enlightening and an event that can motivate someone to use these techniques throughout their daily lives.”

Two weeks ago, UTEP held an open forum with Victor McCrary, the acting vice chair of the National Science Board, where he spoke about the importance of inclusion within the STEM (Science, Technology, Engineering, and Math) field in order to make the United States a leading nation by 2030. In response to this plan of action Henry expanded on the importance of diversity and inclusion in education.

“I think that more can be achieved when we are inclusive, people from all different walks of life have something to bring,” Henry said. “By including women, people of color, those who have disabilities, in the STEM field, I think we can accomplish some really good things.”

Henry also spoke on the progressive political perspective that parallel to equality, in regard to Vice President Kamala Harris, the first female politician to hold this position.

“Growing up, I didn’t really see a lot of Black women in positive, powerful roles,” Henry said. “I think that for younger girls seeing Kamala Harris gives them a sense of hope and gives them the motivation and the courage really to know that at this point they can really achieve anything.”

The Women’s Virtual Health and Wellness Summit will require a preregistration sign up that can be found at www.epybl.org or here.