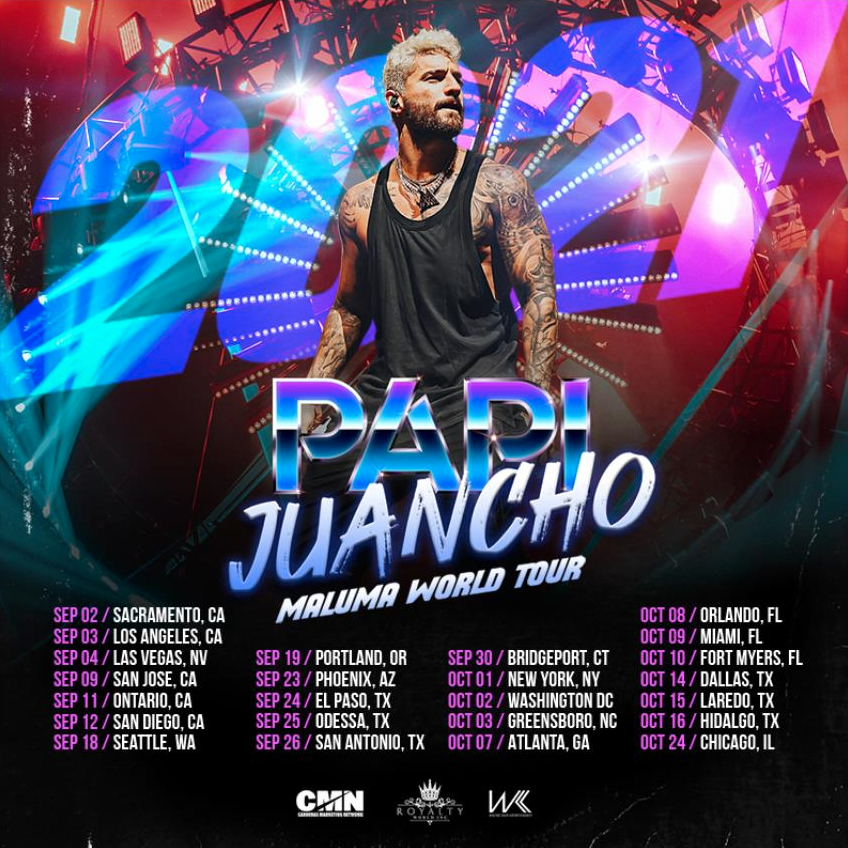 Maluma’s latest tour, Papi Juancho World Tour 2021, will be his fourth. He will be touring in twenty four different cities across the U.S.

UTEP will be a stop in Columbian singer Maluma’s world tour, at the Don Haskins Center at 8 p.m. Sept. 24.

“I couldn’t be any more excited to announce my return to the concert stage,” Maluma said in a news statement. “It’s what I have been dreaming for months and we are going to celebrate like never before.”

The U.S. leg of his tour will kick off on Sept. 2 at the Golden 1 Center in Sacramento, Calif., and will run until Oct. 24 at Allstate Arena in Chicago, IL, according to a news release sent by Latin Entertainment’s authority, CMN.

The tour is set to perform in several other Texas cities including Dallas, San Antonio, Odessa, Laredo, and Hidalgo.

UTEP is preparing for the event by planning safety precautions for people who plan to attend.

“From now until then, many things may change,” Jorge Vasquez, executive director of special events at UTEP, said. “We will take all precautions deemed necessary at that time including implementing mandatory mask wearing and temperature checks among many other appropriate measures.”

Although, the office is not sure what cases in El Paso will look like by then, fans are looking forward to Maluma’s return to UTEP since his fall 2019 performance.

Sarai Reyes and Priscilla Rojas, both UTEP alumni, plan on attending the concert.

“I’ve seen him before, but I’d love to go again,” Reyes said.

Reyes and Rojas also plan on taking extra safety measures when they attend the concert.

“I don’t want any uncertainty to let my guard down,” Rojas said. “I want to have a good time, but I also want to come out feeling safe and confident.”

“Vaccines and treatments looking promising, so we’re hoping cases will be at a minimum,” Vasquez said.

Tickets will go on sale at 10 a.m. Friday, Feb. 26 via Ticketmaster. An exclusive fan pre-sale will be made available Thursday, Feb. 25  by Maluma on Instagram.

More details regarding safety regulations will be released by UTEP’s Office of Special Events as the date approaches.