The Liquid Gates of Time: New exhibition at the Rubin Center 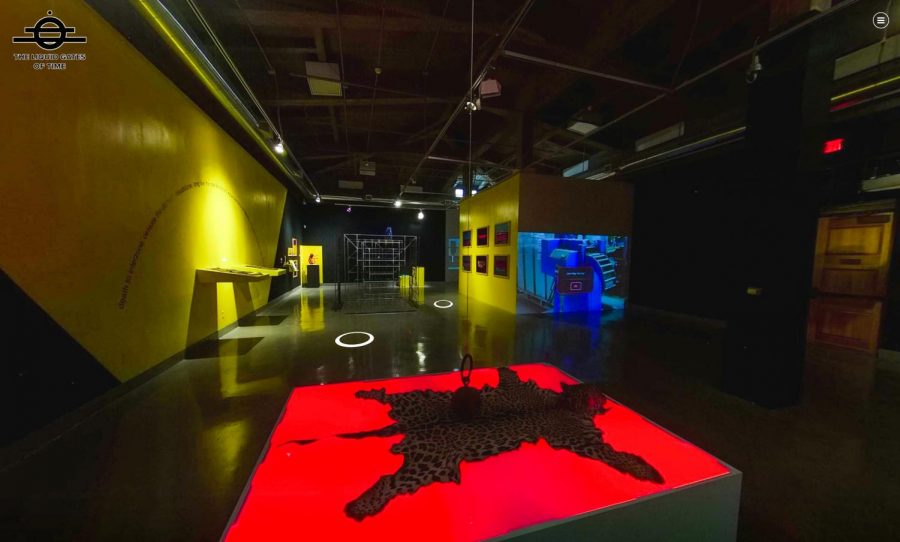 The Rubin Center held a virtual opening on Jan. 28 for its new exhibition, “Liquid Gates of Time,” created by the artist XX.

The event was hosted by Josiah Heyman, UTEP professor of anthropology and director of UTEP’s Center for Interamerican and Border Studies, and guest curator from the Museum of Contemporary Art Tucson, Kate Green.

In this ethnographic exposition of the taxonomy in the El Paso and Ciudad Jaurez border region, XX makes various references to southwest culture. Such as images and objects of animals from the Centennial Museum at UTEP and vintage photographs of Juarez from when it used to be called Paso Del Norte.

The art exhibit also holds multiple references to cockroaches. The artist took great inspiration from these indestructible creatures, he believes that they are a symbol of futurity. One of the more notable cockroaches’ sculptures is a large model of a cartoon cockroach sitting up and waving its arms with a scared expression on its face.

Other art pieces in the exhibit include a small yellow balloon with a long white string tied to a cinderblock.

“The meaning behind thought provoking is to represent uplifting even though the balloon is being held down and can’t float due to being tied to a cinderblock,” Green said.

Above the balloon and cinderblock art piece is a stuffed bird relative to the southwest region. According to the Rubin Center website this is the artist’s most extensive museum exhibit to date.

There is also other artwork and materials being shown alongside the exhibition which includes the Centennial Museum collection of cultural artifacts, the Special Collections archives of border initiatives and the university’s Biodiversity Collections of native specimens.

Beginning Feb. 22, the Rubin Center will begin to accept visitors in limited numbers from 12-5 p.m., Monday through Friday. Exhibitions will launch virtually on Feb. 15, with 360 degrees virtual tours, produced by R. Eric Bowers of Eyefisher.

People can learn more about this exhibition and other new ones at Rubin Center’s website https://www.utep.edu/rubin/ or on Instagram @rubincenter.