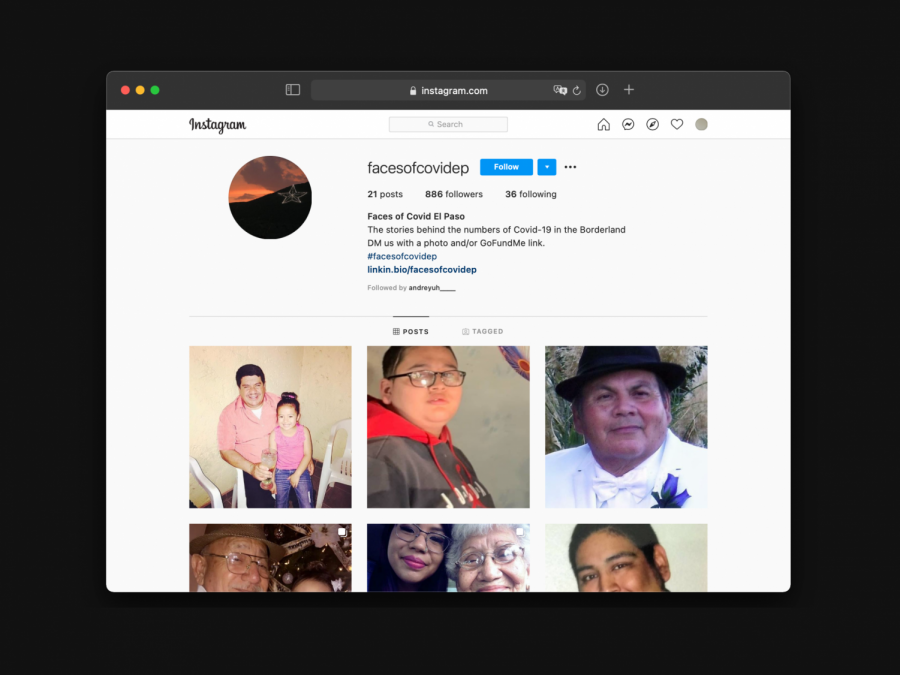 When the second wave of COVID-19 hit in October, El Paso was deemed the “epicenter” of the disease. There were nearly 1,500 daily cases with the number increasing every day. The fight to beat the virus continued as the city forced regulations and restrictions on businesses and curfew hours were implemented. It wasn’t uncommon to see GoFundMe notifications from El Pasoans seeking help to pay hospital bills and expenses on social media, freelance journalist Trisha Easto noticed.

“I was freelancing for The Guardian  and I had come across several GoFundMe. I was like, ‘I wonder how many there are for all parcels that are Covid related.’ So, I just searched El Paso in the GoFundMe website,” Easto said. “It was just page after page of people looking for help because they either lost their job or lost a family member who was their sole provider.”

Wanting to help, Easto first created a Twitter thread that went viral. By sharing the stories of people who have died from COVID-19, people saw how this virus had greatly affected the city. After seeing the impact, it made, Easto decided to move to Instagram and further share these stories.

Some people were open to sharing their stories, but Easto found a way to also help those that didn’t want to share as much.

“Some families don’t want to talk. They don’t want personal information or photos out there,” Easto said. “This was an easy way for me to put it out there without them having to speak to someone in the news and have their story everywhere. It was just the link to show the people that needed the help.”

Currently, the Instagram @facesofcovid has 888 followers with 24 posts of people who have passed. The account paints an image of who these people were through pictures picked by family members.

“The only reason I don’t post a ton right now is because I let the families contact me. I’m not just taking their story and posting their photo,” Easto said.

Although the number of cases continue to increase, the new vaccine for the virus has brought hope to many that the pandemic might end soon. According to El Paso Matters, the new year celebration brought an increase of cases with 3366 new COVID-19 cases.

“I worked in news the last year and it was really hard sharing those numbers every day. They also became just a daily update and you lose sight of the bigger picture of what’s going on and what all these families are going through,” Easto said. “That was why I started the account, why I started the Twitter thread, because in the five deaths that were reported today, that is someone’s Grandpa, someone’s sister.”

Easto hopes these stories will not only bring awareness to follow CDC guidelines, but also that one day, there won’t be a need for the account.

“I have no intention of turning it into a major account or anything like that,” Easto said. “I just wanted to share these stories and hopefully one day I don’t have to. That is the goal.”

Vicky Almaguer may be contacted at [email protected]