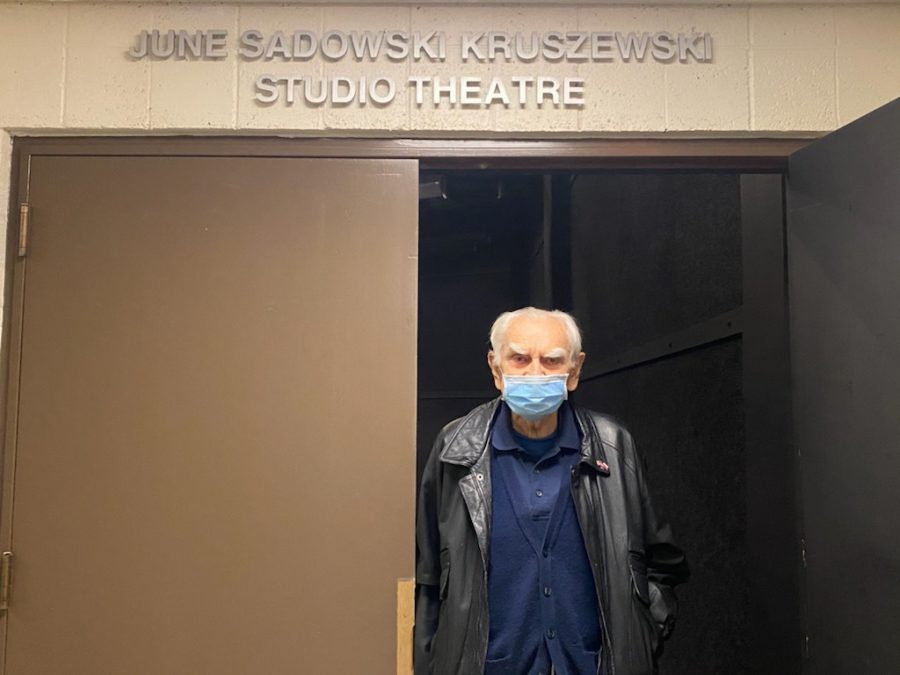 Z. Anthony “Tony” Kruszewski and June Sadowski Kruszewski shared a passion for theatre and dance. The Polish couple’s love for the arts guided them through to a more than 50 year marriage, as June made a successful career as an actress and Spanish teacher and Kruszewski served as a political science professor at UTEP. Though the years have passed, now without June, the shared adoration continues to guide Kruszewski as he helps renovate and rename UTEP’s Studio Theatre to commemorate June’s legacy.

The June Sadowski Kruszweski Studio Theatre, located at UTEP’s Fox Fine Arts Building, is one of the various endowments the UTEP professor emeritus and his wife have created in support of student success at the University.

For more than half a century, Kruszewski has been recognized as a scholar and international activist after devoting his many years in academia to uplift higher standards of education to the student populations of the Southwest border region of Texas, New Mexico and Mexico.

“Tony Kruszewski is the true embodiment of the mission of this University, and we are deeply grateful for his more than half a century of enduring support – in the classroom and through his many gifts to UTEP,” said Jake Logan, UTEP vice president for institutional advancement, in a news release.

In 2009, Kruszewski created the June Sadowski Kruszewski Theatre Arts Excellence Endowment in honor of the couple’s 50th wedding anniversary and in celebration of June’s work in the Polish Repertory Theater (Nasza Reduta) in Chicago. In 2015, shortly after June‘s death, he created the June M. Kruszewski Memorial Endowed Scholarship.

“We are deeply honored to share in this tribute to his late wife, whose memory will live on through each and every performance in the June Sadowski Kruszewski Studio Theatre,” Logan said.

Alberto Silva may be reached at [email protected]; @albertosilva_f on Twitter.