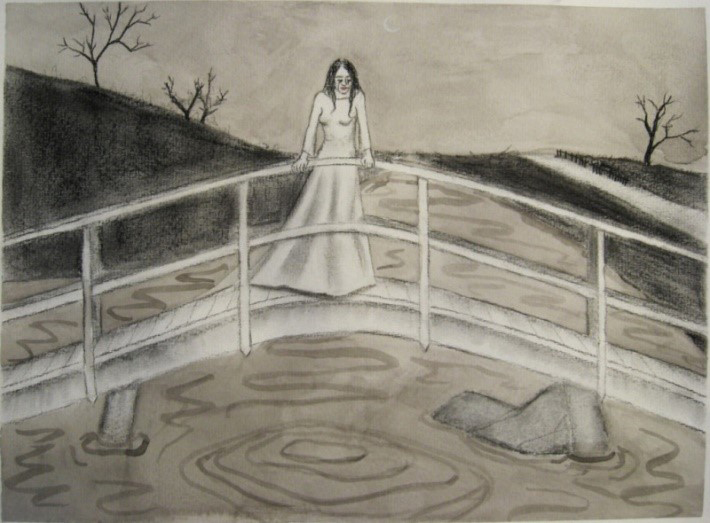 “La Llorona,”El Cucuy” and “El Chupacabras” may be familiar names to some El Pasoans, who grew up hearing scary stories in the border land. Though it seems that these stories are just to scare children, they play an integral part in El Paso’s culture. Meredith Abarca, Ph.D., a literature professor at UTEP who teaches a Mexican folklore course, explained the importance of folklore in the borderland.

“Folklore helps maintain a sense of cultural practices and beliefs. It’s created out of necessity, to share world views and ways of looking at life, by common folk,” Abarca said. “It keeps a connection to the past while having room for modifications for the present and the future.”

By recounting “leyendas,” or legends, culture and tradition can be passed on from one generation to the next through the form of music and stories.   Families also use legends to teach lessons to children about safety and morality.

The legend of La Llorona (“The Weeping Woman”), is an example of a famous Mexican legend that has been told in the Southwest from generation to generation. The tale tells the story of a young woman who married a rich man and had two children. One day she finds her husband with another woman, so in a fit of rage, she drowns her children in a river. After realizing what she had done, she drowns herself too. When she arrives to the afterlife, she’s asked where her children are. She says she doesn’t know and isn’t allowed into the afterlife until she finds them. As a result, she roams near bodies of water looking for her children while screaming “ay, mis hijos”, or “oh, my children”.

“Go back to Greek mythology, you have her. (La Llorona.) This is archetypes,” Abarca said. “That’s another thing certain, traditions carry on and transcends cultural traditions. They change.”

Abarca grew up in Nuevo Laredo, Tamaulipas and had a similar story told because of the river near her home, but as she’s grown older, she’s also heard other versions.

“I have students from Chihuahua and La Sierra, where she (La Llorona) lives by the cliff or the lake. It depends on the geography. The specifics of the story are going to change but not so much the implications of the story,” Abarca said.

El Cucuy in Mexico, the Boogeyman in America and Croque Mitaine in France is another example of how lore is transformed depending on the place of origin. The Mexican urban legend focuses on the story of a father who locked his kids in a closet after misbehaving. Later that day, he went into town, forgetting his children were still inside the closet. When he returned, he discovered his barn and home on fire, along with his children dead. The cursed man spent years looking for his children inside different closets, eventually he began growing an appetite for them.

Although the story slightly changes according to location, the lesson remains the same: behave or face the repercussions.

There are minor differences in the stories, for example, El Cucuy is often described as a hairy monster. The Boogeyman is described as a masculine or androgynous figure, while the Croque Mitaine is a spirit.

“There are a number of those types of legends,” Abarca said.

Abarca also discussed the similarities between Robin Hood and Juan Malverde. Both were known for stealing from the rich to give to the poor. Location aside, the biggest difference between the two men was that Malverde became a saint.

“As the human species, we’re dealing with the same issues: life, death, hunger, religion or spirituality, afterlife,” Abarca said. “In cultural practices, we find expression for them and that’s why you find similar traditions across different cultures. I find it wonderful that folklore is in all of us and what we do.”

Exodis Ward may be reached at [email protected]; @alexodislee on Twitter.