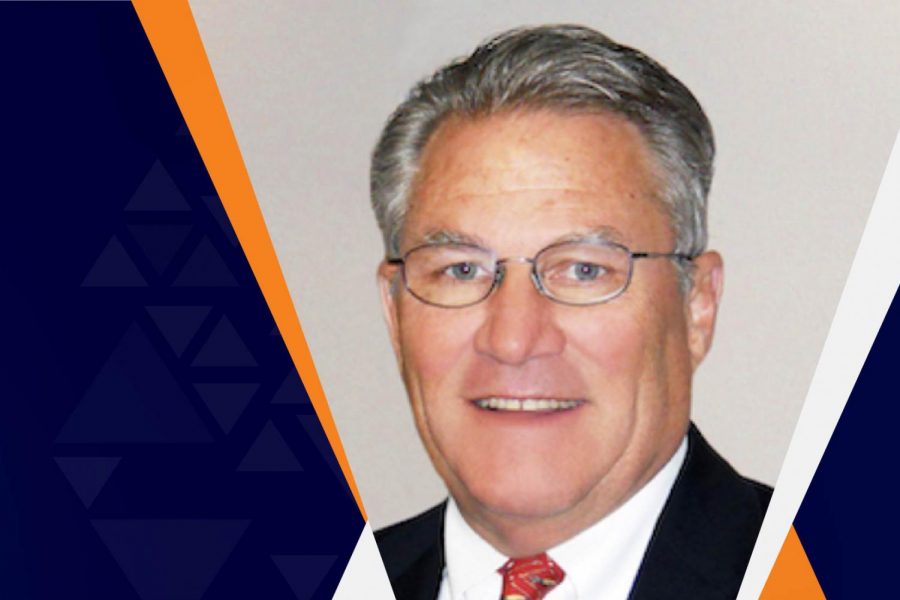 As a UTEP alumnus, J. Steve DeGroat has remained engaged with the University as a volunteer and a philanthropist.

This UTEP alumnus spent several years in the commercial banking industry and many more giving back to his community. Now, he’s enjoying retirement but his commitment to the community didn’t go unnoticed.

J. Steve DeGroat is one of this year’s four recipients of UTEP’s Distinguished Alumni Award, an annual award presented by the Alumni Association to recognize the success and hard work of the institution’s alumni.

He was the owner of the Lincoln Financial Advisors’ El Paso branch for more than 30 years and served as president of the UTEP Alumni Association.

Like so many students who first enter college, DeGroat had the inspiration to pursue a career in the medical field but decided to pursue business instead like his father.

There’s always been that pressure, DeGroat said, to quickly earn a degree and jump into a lucrative career headfirst. But for him, it took more than just four years of education to truly become successful.

“When you enter college, generally you’re 18 years old and you don’t necessarily take the college experience too seriously. Then you’re there a while and you gain a little more maturity,”  DeGroat said.  “It’s a lifetime of education — it’s not just four years. In my case, it’s four years plus another three years plus a lot of professional designation study.”

For DeGroat, it was one of his professors who pointed him in the right direction of pursuing a graduate degree. He said going to graduate school was a wise decision he made.

“One of my professors taught me the importance of pursuing a graduate degree,” DeGroat said.  “Wade Hartrick, Ph.D. used to beat on the podium and say how it’s so important to pursue a graduate degree, because it could mean an extra $100,000 in your life.

Hartrick was a professor at Texas Western College, now UTEP, who taught not just DeGroat, but his father as well.

DeGroat said Hatrick greatly influenced his career aspiration, along with many other students who also looked up to the professor.

“He was one of my favorite professors but was also one of my father’s favorite professors when my father attended Texas Western, back in the late 40s and 1950s,”  DeGroat said.  “So, you know we all look back on our college experience and it’s probably three or four people that made an impact on the university grip and Dr. Hartrick was one of them.”

After college, DeGroat worked as a financial advisor, which he transitioned into with ease due to his close up-bringing with his father.

“I was close to my father and I worked with him, part time going to high school in college,”  DeGroat said.  “And he was a business major. So, I just kind of followed his footsteps.”

DeGroat, with the help of peers and friends, went on to establish the Golden Nugget Award at UTEP and various scholarships opportunities for El Paso students.

The Gold Nugget Award has been presented to more than 200 UTEP alumni since 1984.

DeGroat said he enjoys the newfound leisure time in current day COVID-19 lifestyle and stands as a staple of what can be accomplished in the sun city.