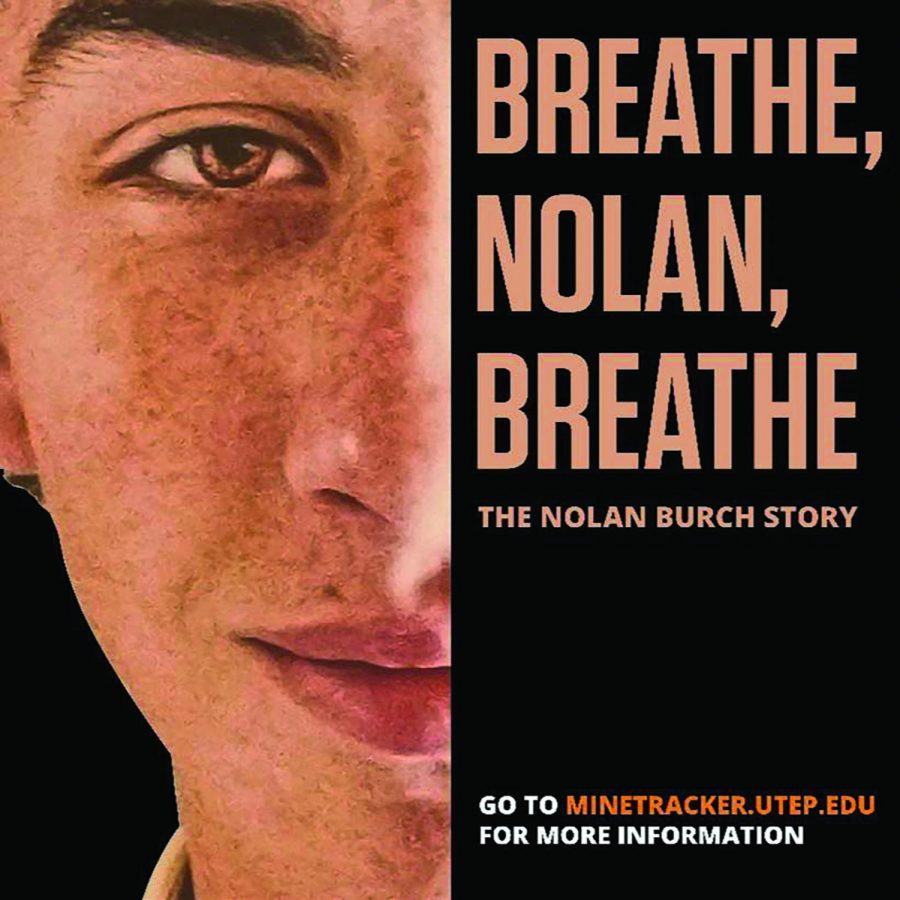 The 35-minute documentary centers around the tragic death of WVU freshman, Nolan Burch, in 2014, after joining an unsanctioned fraternity called Kappa Sigma.

On Sept. 23, the UTEP Student Engagement & Leadership Center (SELC) hosted a virtual screening and discussion with the directors of the documentary, “Breathe, Nolan, Breathe: The Nolan Burch Story.” The 2019 film discusses the topic of hazing and follows the tragic events that led to the death of a West Virgina University (WVU) student.

SELC hosted the event as part of its Hazing Prevention Week, where various UTEP groups attended like its cheer, dance, band, and athletics teams, as well as members of the University’s Fraternity and Sorority Life.

In recent years, hazing has become a severe problem across college campuses in the United States. Hazing is any intentional action or situation that causes embarrassment, harassment or ridicule and risks emotional or physical harm to members of a group or team, regardless of the willingness to participate.

The 35-minute documentary centers around the tragic death of WVU freshman, Nolan Burch, in 2014, after joining an unsanctioned fraternity called Kappa Sigma. The documentary features Burch’s family and friends, as well as experts who talk about how his death could have been prevented.

It began when Burch attended his final night of pledging to his fraternity on Nov. 12, 2014. The night included a “Big Brother and Big Sister Night” party, where pledges met their fraternity or sorority sibling who were responsible for taking care of them that evening. The final challenge before Burch was accepted into the fraternity was to drink a bottle of proof whiskey, given to him by his “big brother”, in under an hour. Soon after   drinking the bottle, Burch became unconscious. He was then carried into a room and was laid on top of a table where everyone could see him. No one realized Burch was not breathing.

After some time, the fraternity brothers finally realized something was wrong and called 911. Emergency medical technicians administered CPR on Burch, which kept him stable enough to make it to the hospital where he was put on life support. Burch’s family and friends were able to say goodbye to him at the hospital, before he was taken off life support on Nov. 14 and passed away due to acute ethanol intoxication. Medical records revealed Burch’s blood alcohol level was more than six times the legal limit for an adult.

Burch’s parents, TJ and Kim Burch, joined Director Daniel E. Catullo and others during SELC’s event for a panel discussion focused on bringing awareness to the dangers of hazing.

One viewer asked what steps WVU took to prevent another situation like Burch’s.

TJ and Kim established the Nolan Michael Burch (NMB) Foundation in their son’s honor. The NMB Foundation’s mission is to assist young adults in recognizing and preventing the dangers associated with hazing through education and awareness. It also provides solutions and guidance that help young adults combat hazing. N.O.L.A.N., an acronym the foundation created to put an end to hazing and to empower young people to make the difference between life and death, stands for Notice, Obey, Lead, Act, and Notify. It works as a reminder for people that if they see something dangerous happening, they should say something.

The NMB Foundation’s website showcases   Burch’s second to last tweet on Twitter, a quote by an unknown author. The quote reads, “Maybe some things don’t get better, but we do. We get stronger. We learn to live with our situations as messy and ugly as they are. We fix what we can, and we adapt to what we can’t. Maybe some of us will never be fully okay but at least we’re here. We’re still trying. We’re doing the best we can. That’s worth celebrating too. If you’re reading this, congratulations, you made it to today. You made it.”

Burch was able to save four lives through organ donation.

“Breathe, Nolan, Breathe,” available for free on YouTube, is nominated for a regional Emmy in the Documentary – Cultural/Topical category in the Ohio Valley Chapter. A virtual Emmy ceremony is set to be held Sunday, Oct.4.

For more information on Nolan Burch’s story or to learn more about the NMB Foundation, visit https://nmbfoundation.com/en/.

Alyson Rodriguez may be reached at [email protected].