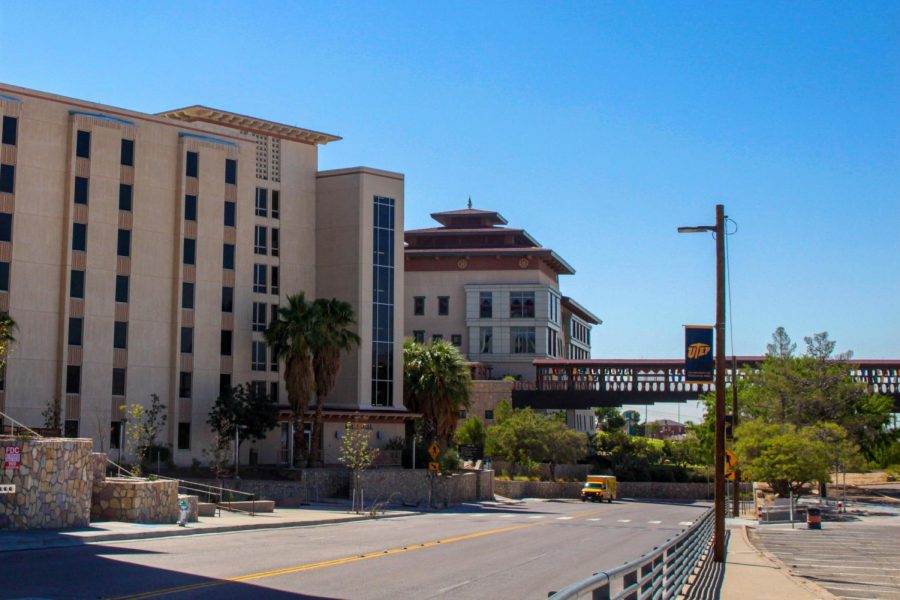 UTEP is projecting a loss of $17.2 million for the 2020 fiscal year, but officials say funding from the federal Coronavirus, Aid, Relief and Economic Security (CARES) Act, has provided some relief to the institution and its students.

The university was authorized more than $12.4 million in CARES Act funds for student grants and another $12.4 million that went to the institution.

The University of Texas System (UT) Board of Regents met all throughout last week to discuss the economic impact to its various institutions which has totaled millions of dollars in losses because of the COVID-19 pandemic, among other things.

In May, UTEP projected an adjusted loss of $11.7 million, which is part of the estimated year-end loss of $17.2 million that also takes into account depreciation.

According to the financial reports discussed during the UT regents’ meetings, UTEP’s estimated loss is due to an increase in payroll-related costs, a decrease in auxiliary revenue because of the pandemic, a decrease in Conference USA income, and a decrease in sports games guarantees.

Mark McGurk, UTEP’s vice president for business affairs, told The Prospector that the amount of student refunds issued during the spring semester totals about $803,000, but he said that loss has been made up by the CARES Act.

In May, Texas Gov. Greg Abbott asked state-funded universities and institutions to reduce their operating budgets by five percent for two fiscal years, including the current one, but Victor Arreola of University Communications told The Prospector that UTEP officials said this budget reduction for the upcoming budget year is instead going to be by 10% because “the request was made late into FY 2020, (so) we could not make significant changes to this fiscal year’s budget.”

“Because our state revenue is spent on salaries during the academic year, which has now ended, a 5% reduction in biennium revenue is effectively a budget reduction of 10% in the 2021 fiscal year,” UTEP President Heather Wilson wrote to Texas Gov. Greg Abbott June 15.

Wilson told Abbott in March when all staff and students left campus, a “flexible hiring freeze” was also implemented as a way to reduce expenditures, enabling only hiring positions of “mission critical positions” to be allowed.

As of May, UTEP spent $206.9 million in payroll-related costs which is $10 million more than the amount spent during that same period in the previous fiscal year, according to what UTEP officials told Arreola.

Many services will remain in place, but they’ll be significantly scaled back, such as UTEP’s shuttle service, which will be cut down to only one bus due to a lack of parking permit purchases for the fall semester.

Aside from being funded by student fees, UTEP is also funded biannually by the Texas legislature which accounts for 23% of the university’s operating budget.

“The University will also save expenses by curtailing travel and we are managing utilities, buildings and projects to reduce operational expenses… Because we cannot use state funds for our auxiliary enterprises like housing, sports, and student affairs,” Wilson wrote. “Because UTEP has done more than most universities to keep the cost of college down for our students, these reductions will have (an) impact on our mission.”

“We are going to end up cutting services,” McGurk said. “There’s only going to be one shuttle from Miner Canyon housing area to campus and that’s it.”

McGurk stressed that these numbers are estimates until UTEP completes its financial statements that will reflect the actual numbers. The current fiscal year ends next week Aug. 31.

“We understand that this is a very difficult time for families that it will require difficult decisions by our elected leaders,” Wilson said in her letter from March. “We are determined to do the best we can for the students we serve so that we keep opportunity open for all students and remain an important engine of economic growth in West Texas.”

Sven Kline may be reached at [email protected] and on Twitter @SvenKline.