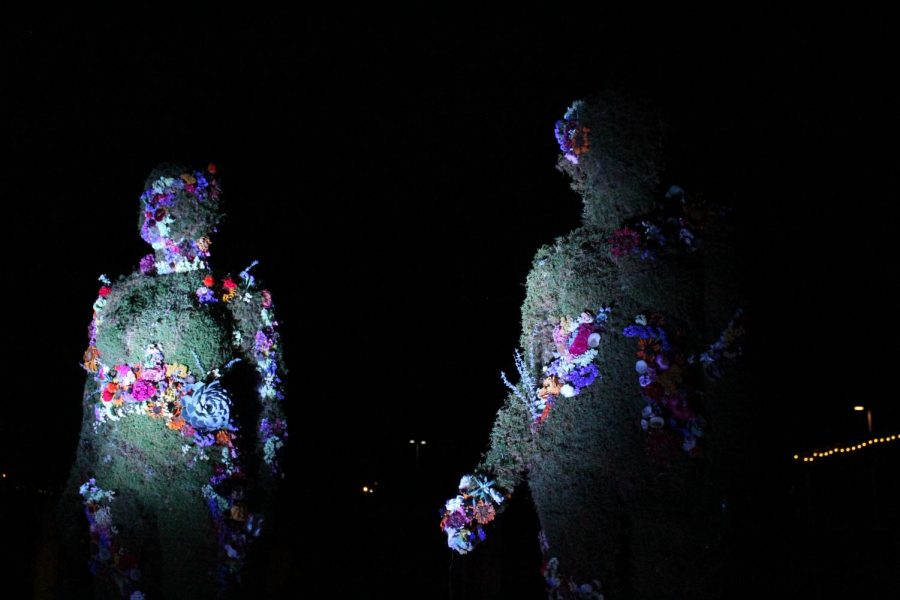 El Paso community members gathered on Aug. 2 at Ascarate Park to  honor the 23 lives lost one year ago at the Cielo Vista Walmart shooting.

El Paso United Family Resiliency Center (FRC), the County of El Paso and the City of El Paso joined forces by organizing ‘Luminaria Remembrance: Drive Thru,’ a pathway lit with luminarias intended to allow guests to honor and remember the tragic event that occurred Aug. 3, 2019, when a 21-year old man opened fire at a local Walmart with the intention of targeting the Latino community.

“Nowhere else in the Western hemisphere is there a region like El Paso and Juarez,” Mayor Dee Margo said. “We will persevere and we will show the world how to love your neighbor as yourself.”

Sunday’s event began with a ceremony for the victims’ families, who were required to wear masks and social distance throughout the duration due to the COVID-19 pandemic.

“It has been heart wrenching to ask you to avoid the emotional display of hugs, the closeness that is so much a part of our beautiful culture,” said El Paso County Judge Ricardo Samaniego. “But I can assure you that any gesture of love and kindness will never be blocked by space.”

During the ceremony, Samaniego was accompanied by Congresswoman Veronica Escobar, and together they read the names of the 23 victims out loud along with posters of their faces. The ceremony also included the groundbreaking of the El Paso Community Healing Garden, a memorial that will serve as a place where the community can heal and meditate.

“It will be a beacon of hope and acknowledgment of unity,” Samaniego said. “No one from Juarez or the El Paso community escaped the pain of that day, and therefore deserves a place that will bring comfort and healing.”

The victims’ families were also the first to see the drive-thru memorial spread across the park, which included 23 lifelike floral sculptures representing each victim, accompanied by the sounds and melodies of local musicians.

“Few would begin to think that any good could ever come out from losing so many beautiful souls,” Samaniego said. “We know that we are a much stronger El Paso. We have united today to make sure that no one that died or was injured or suffered, had done so in vain.”

Later in the night, the park opened its doors to the public, who were encouraged to decorate their vehicles as a symbol to represent their love for El Paso. Attendees were also given a luminaria kit meant to be lit outside their home on the evening of Aug. 3.

With winds picking up that night, attendees were faced with an impediment as they drove through the path of luminarias. Nevertheless, the community had another opportunity to view the memorial again Aug. 3.