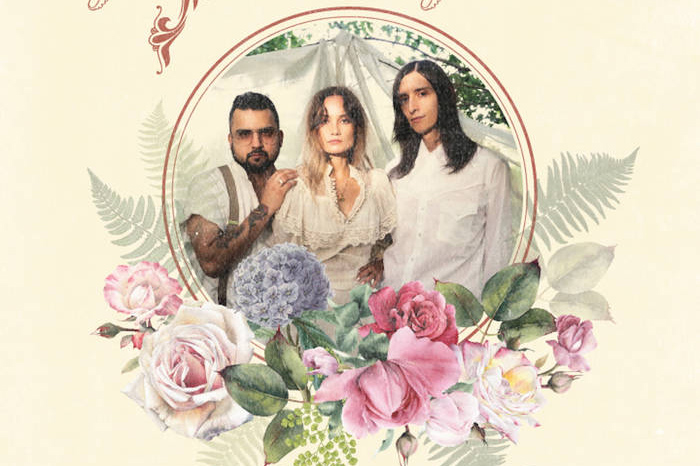 With the constant unrest in the world today it can be easy to miss new music popping on the radar. Hitting the indie bedroom-pop scene, Glass Lux returned in January with their latest EP “Radio Silence.”

Glass Lux is a promising up-and-coming musical group with much to deliver. They have remained under the radar by the general public, making them and their musical sound a rare jewel.

Since then, the trio have released two head–banging singles in 2016 and 2018  “Ewe,” feat. Craig Pfunder and “Gold”  leaving their cult following of 716 followers on Spotify wanting more. But 2020 brings much needed grooves to fans who have waited patiently.

“Radio Silence” offers six fresh and glamorous tracks, each unique but still fundamentally loyal to the core inspirations from their previous album.

First up in the roster is “All I Need,” which inclines with Morse’s strutting vocals and pulsating dancefloor synths that is sure to make your bedroom the epicenter of a mid-self-summer-quarantine breakdown session.

“Game” comes popping after with psychedelic and drowning vapor synths alongside with Morse’s wailing vocals providing a violent head–banging session that transitions to a slower pace after Saucedo’s synth breakdown with Morse’s distorted vocals to organize a theme in the lyrics of “what we want/ can’t be bought/ for all the money in the world can’t change what’s wrong.”

In 2015 Morse spoke of her influences to the Chicago Tribune, saying she did not want to write songs about romance but rather focus on “death, fairy tales, and death.”  With that in mind “17” is clearly representative of this inspiration with the slow sway-full pace of Morse’s vocals and Saucedo’s keyboards and yet still bumping all the same.

Saucedo’s guitar riffs flourish the center stage of “One Best Shot” incorporating a sound that is primarily punk with Mayen’s hard-hitting drums but is briefly stolen by a narcotic synth breakdown lead by Morse’s distorted and wailing vocals.

Dreamy with a fluctuating intro, “Slow Sounds” is as its name states, slow, but upbeat to depict the imagery of what it is to “feel so alone/ in the hand of a ghost/” through sound and melody.

Like something out of a fairytale, “Beast in Cover” is beautiful, enamoring and psychedelic. But listener beware, this track is quick to put you under a spell and leave you wanting more concluding this EP.

With six years between their largest productions of tracks and various singles scattered about, it is comforting to see Glass Lux is still active, but a shame how they fall flat with publicity.

“Radio Silence” is an excellent EP that is endless and magical, and fits perfectly with a solo bedroom jam out with each unique track , but all merge into one general sound that is loyal to  other  melodies the trio has produced in the past.

This EP is owed its 5/5 Picks for excellent use of melody to match a general theme that was made years ago in their band’s infancy.

Sven Kline can be reached at @prospector.utep.edu