IN REVIEW: ‘Steven Universe Future’ is an outstanding series about making peace with being human 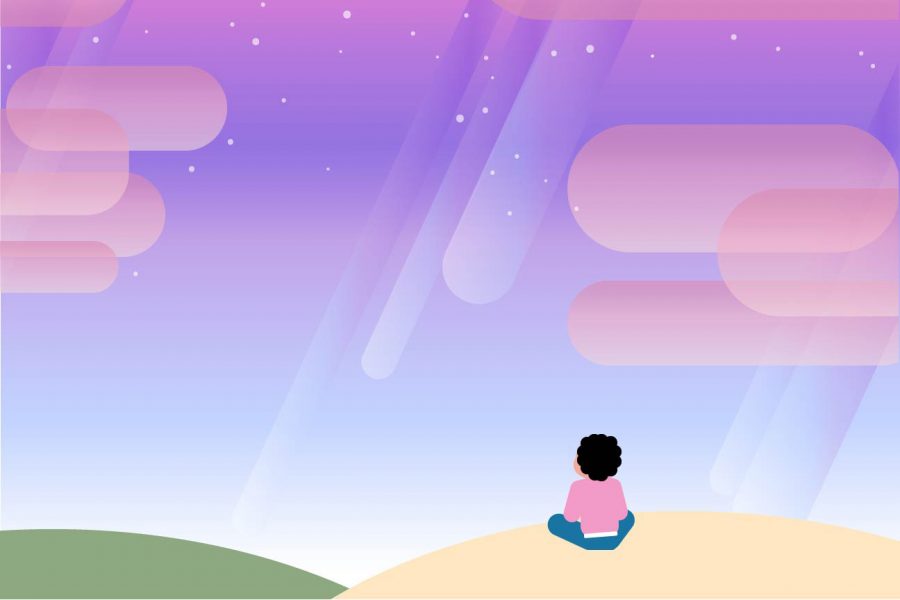 The Cartoon Network series “Steven Universe Future” came to an end with its final episode that aired on Mach 27, and with it, the outstanding series finally finds closure.

The final episode of season five ‘Change Your Mind’ aired on January 2019 and it didn’t leave many questions unanswered. It seemed like the show had finally gave everyone a happy ending then came “Steven Universe: The Movie” in September of that same year and it became clear that there was much more to Steven’s journey.

Then the epilogue series, Steven Universe Future, was confirmed and I, quite frankly, could not see how the show could progress even more. Sure, some characters were left unseen until the series’ more recent season and I could just not see what more this show can teach me, aside from finding me another series to attach to and laugh and cry as hard as I did with this one.

But lord, was I wrong.

Many, including myself, speculated on the return of villains from previous seasons. Maybe even some little cute individual closures for other characters, but nothing could’ve prepared me for what creator Rebecca Sugar had in store for us.

When Future began, I was not sure what direction the show would take. At first, it seemed like we were taking a tour on how things were going to be now that the universe is free. It wasn’t until episode 11, “Little Graduation,” where I finally understood what the show was doing — finding a closure for Steven himself.

As Future’s episode 14, “Growing Pains,” disclosed, 14-year-old Steven never got a chance to breathe or process all the bad experiences that befell him. Not even in the movie; not even the season five’s finale. Not even at season 1, episode 1; there wasn’t a single moment where Steven stopped and reflected on the traumas he was put into.

Throughout Steven Universe, we learned about Steven’s selfless nature, always putting everyone’s well-being first before his. We thought that his behavior was an exemplification of his kindness and maturity. We were led to believe that because Steven was always willing to accept others’ mistakes, no matter how bad it made him feel, he was the bigger person. However, none of it brought peace to Steven, and that’s the purpose of Steven Universe Future.

In an interview with CBR, Sugar herself claims that Steven’s biggest flaw is in fact his selflessness. We saw Steven internalizing all his experiences as his fault. He took all the blame of having been “tasked with saving the world, being antagonized by adults and having multiple near-death experiences,” as Sugar puts it. This is something only in Future could be clarified.

And it did. Sugar did that.

In my review of Steven Universe, I mention that the show is internationally recognized for tackling real, emotional issues like abusive relationships, gender and sexual identity. But only did Future unpacked an aspect of mental health that the show was yet to speak about: the consequences of living under everyone’s expectations at the expense of your own mental health.

‘Steven Universe Future’ was a chance to learn that a relationship with one’s self requires maintenance. It explores burn-out, mental exhaustion and self-negligence while it helps to find ways to grow and heal. After all, Steven leaves Beach City to find peace in the end, and that’s the human experience; the message of it all.

No matter the circumstances, we humans can be resourceful and possess the ability to adapt. And, as Sugar explains, “part of adapting is unlearning the idea that living fearlessly means living […] as if nothing is going wrong.” Because things will go wrong.

That is especially relevant now in times of COVID-19, where distancing is being forced upon all of us. Although traveling around the country like Steven did is particularly off limits at the moment, there’s still a lot of way to heal in these difficult times.

“Whatever’s doable right now, … We’re resourceful, we can improvise, we care about each other…” Sugar points out. Video chat more, check in to your family, text your parents constantly, watch videos on staying safe, donate. Find peace on art, self-care, gardening, cooking. Innovate, adapt, heal… “finding ways to keep ourselves and each other safe, and innovating new ways to connect. These are all incredible powers.” Sugar said.

Now that the show has ended, here is the ultimate ‘Steven Universe’ review.

The heartbreaking cartoon series, Steven Universe, has finally come to an end. That means now we can present the ultimate review for the show (including its epilogue season and movie.)

With the last episode of Steven Universe’s epilogue airing on Cartoon Network, the emotional journey of the half-human, half-gem boy finally comes to a close.

Truly, this show is the perfect example of an “emotional rollercoaster.” The story created by Sugar is a sentimental one; filled with both hilarious and powerful moments that got nominated to five consecutive Primetime Emmy Awards.

First introduced in 2013, Steven Universe was an innocent show that depicted the lives of the Crystal Gems, a group of intergalactic aliens composed of Garnet, Amethyst, Pearl and Rose Quartz. After being expelled from their home world for treason, Rose fell in love with Greg and gave birth to Steven by giving up her physical form so he could live.

However, a decision that was made out of love, turned into a challenge as Steven needed to prove to be worthy of being a Crystal Gem to save Earth from the Diamond Authority, in addition to fixing the mistakes his mother made thousands of years ago.

Seriously though, what started as a search of identity, became a remarkable story about acceptance, self-worth, mental health and healthy relationships. Not to mention the diversity in body compositions, gender and LGBTQ+ representation.

The show was able to portray this through its mindful plots. Each character in the show was never plain, but multifaceted. But also, In the series, Earth was expected to be a colony for the Diamond Authority, which meant that they were to kill all organic life on it to create more gems. As we learned though, the Crystal Gems were able to stop the continuation of the colony, unfortunately, many gems were able to emerge during the dispute. Including Amethyst, who emerged hundreds of years after the war. So, Amethyst must learn her origins while accepting her limitations as the weakest of her kind (or so she thought).

Another way that the show was able to transmit its compelling messages was through signing. Yes, singing. Steven Universe’s cast came with the brilliant voices of Zack Collison, Deedee Magno Hall, Michaela Dietz and rhythm and blues singer Estelle. Not to mention the cameos with powerhouses like Patti LuPone, Lisa Hannigan, Sarah Stiles, Nicky Minaj, RuPaul’s drag race contestant Jinkx Monsoon, and many more!

But outstanding voices are empty without outstanding songs. 99.9% of the music in the show were written and composed by Sugar herself, from the intro song up to the very last ending arrangement, we hear in Steven Universe Future. But what makes these songs so special is their simplicity and sometimes sucker-punching sentiment.

And to wrap everything together is the background art style, designed by Steven Sugar, Sugar’s real brother and the person who she based the show’s protagonist.

His style is breathtaking. Although the animation is entirely different from the first season in comparison to the fifth season, there’s no denying that it got progressively better. But enough words, I’ll let the images speak for themselves.

While some argue that the show had a slow start, I feel like many of the critics’ issues stem from the show’s poor scheduling and long hiatuses but that doesn’t take away from the show’s superb narrative from start to finish. I believe that whoever starts watching Steven Universe now will find it intriguing and fun to watch.

With that being said, I believe that Steven Universe is a show that set the standard for shows to come. The series can and did resonate with many who struggle with gender identity, self-acceptance, toxic relationships, and coming out as a member of the LGBTQ+ community.

Who would have thought that a show about alien rocks from space would teach me to love being human and, above everything else, enjoy the mundane and accept the change that comes with growing up?

Hugo Hinojosa may be reached at [email protected]