LETTER TO THE EDITOR: ‘Listen to women, give credit to women and create space for women’ 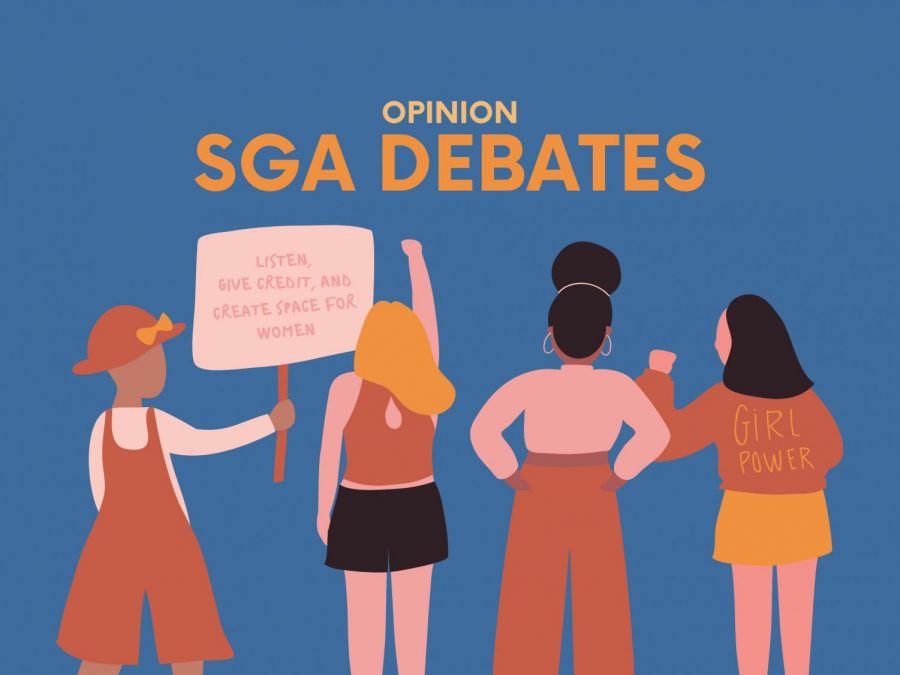 Last week, as you all may have realized, our social media was flooded with Canva-made advertisements and Instagram was as live as a music festival with Q and A’s of the candidates running to represent you in the next Student Government Association administration.

It was interesting to say the least. If you all didn’t tune in, there was an Executive Branch debate hosted on the UTEP Student Government Association Facebook page. It was pretty much anti-climactic, until the debate for Vice President of Internal Affairs (VPI). The three candidates that were running for VPI were Dominic Kelly, Bruce Jordan and write-in candidate J.J. Martinez. I can say that this debate was an actual debate that was pretty different from last years.

The issues talked about were some of the important issues faced on campus today.

A question that was asked of these two men and our non-binary pal was, “What is the issue that you see as the most adverse towards female students that you would like to be addressed?”

Write-in candidate J.J. Martinez answered that sexual assault/harassment was the issue he’d like to address. Martinez also gave me credit as the senator who authored the resolution condemning sexual violence on campus and pushing SGA do something about it. I am grateful that the senate passed this resolution, I mean, it would be crazy if they didn’t, right? I am also grateful for J.J.’s answer, being that we have to work on this at the UTSSAC level. I will also like to include Bruce’s answer where they also give me credit for my work. They both have amazing ideas that can definitely help stop violence on campus.

This conversation was being led by three masculine–presenting folks during the debate.

Later, on Thursday, two candidates from the party PEAK were on Instagram Live answering questions before the voting polls ended at 5 p.m. The two candidates, again, were men. The question asked was, “Can you talk about the initiatives for women on campus again? I know sexual assault was a big one, but what else?”

VPI candidate Dominic Kelly started off stating that SGA passed a resolution condemning sexual violence on campus, without crediting the woman who wrote it.

This is a pattern I have noticed. When I’ve asked the candidate about taking a women and gender studies class, I was told that they weren’t as important as any STEM classes, especially engineering. Women’s issues aren’t just a topic you can include in your platform for a higher position. If you care about women’s issues, listen to women, give credit to women and create space for women.

Submit a letter to the editor by emailing [email protected].edu