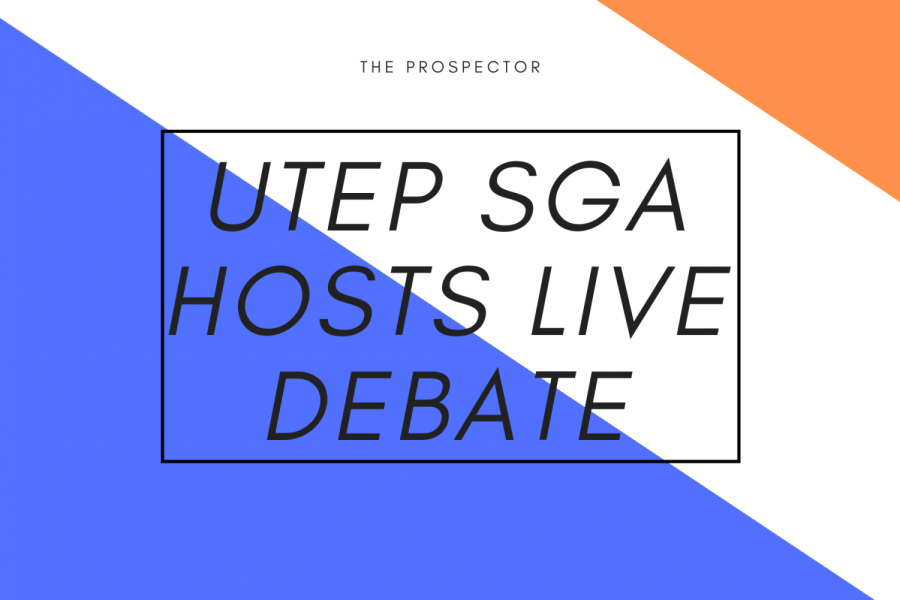 Topics of debate were how to increase student engagement, their stance on reimbursement from the university for switching to online classes because of the pandemic and what candidates have done for students during the pandemic itself.

The three presidential candidates — Amey Gomez of the UNITY party, Jessica Martinez of the PEAK party and write-in candidate Priscilla Gallegos — addressed these topics and made their case as to why they should represent UTEP’s student body as SGA president.

Running for the position of Vice President of Internal Affairs (VPI) were candidates Bruce Jordan of the UNITY party, Dominic Kelly of the PEAK party and write-in candidate J.J. Martinez. A heated discussion between Kelly and Martinez soon followed, with Martinez accusing Kelly of not participating in SGA’s Document Review Committee (DRC) and Kelly rebutting by saying that he had class when those meetings took place. Kelly then criticized Martinez’s chairmanship, saying that previous DRC chairs accomplished much more than him. Jordan addressed his stance to increase funding to the Counseling and Psychological Services (CAPS) program.

Following the VPI debate was the Vice President of External Affairs (VPE) debate with Austin “Texas” Stephens of the PEAK party and Miriam “Mimi” Aguirre of the UNITY party.

The election results will be released late April 9 or April 10, according to SGA’s election commissioners. Students who wish to submit their vote may do so at SGAElections.utep.edu.