IN REVIEW: ‘Tiger King’ is a mind-blowing masterpiece that tells a tragic story of abuse and insanity 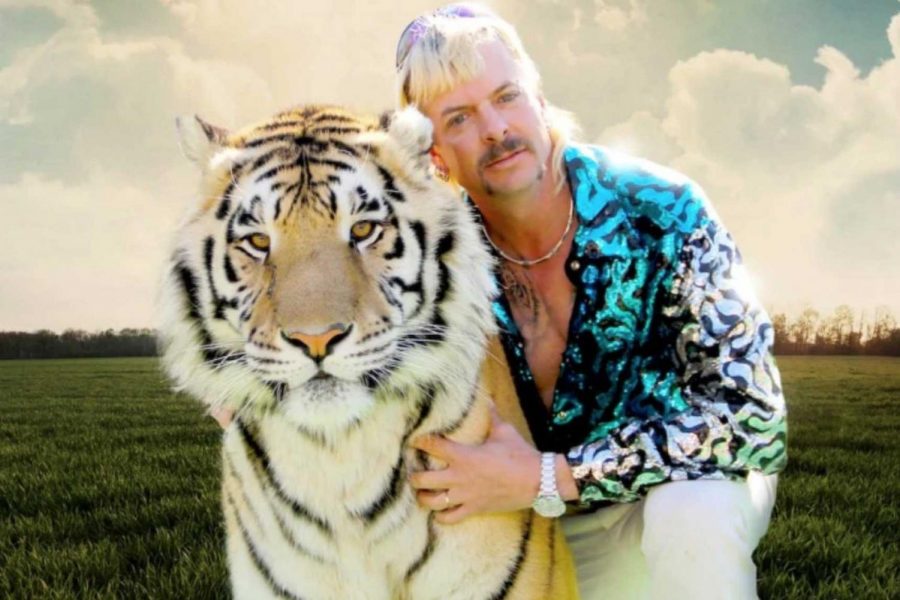 Tiger King is an exploration of big cat breeding and its bizarre underworld, populated by eccentric characters.

Since its debut on Netflix, “Tiger King: Murder, Mayhem and Madness” has sent the internet ablaze in shock, laughter, and awe while keeping audiences stuck at home simply mind blown.

Tiger King follows the deadly and chaotic feud between tiger zoo owners Joseph “Exotic” Allen Maldonado Passage, Bhagavan “Doc” Antle, and Carole Baskin. There is no boring episode here, so if you plan on checking out this docuseries, prepare yourself to be utterly frustrated, disgusted and shook.

“I’ve done a lot of (expletive) in my life, but I never experienced anything like Joe Exotic.”

The documentary begins with an interview with Rick Kirkham, a self-made producer who worked closely with Exotic and his crew to produce a documentary about him and the world of tigers in the United States. The documentary was produced for Exotic’s YouTube show, “JOEEXOTICTV.”

Before Eric Goode and his film crew hit the tiger scene, Kirkham spent years working alongside Exotic, filming everything he could due to the nature of insanity taking place at the Garold Wayne Exotic Animal Memorial Park (G.W. Zoo) in hopes of publishing a documentary on his experiences working under Exotic.

Toward the end of the series, Kirkham recounts the event of his studio and all his equipment, including all film, being destroyed in an intentional fire engulfing both the studio and an alligator holding pen.

A failed 2016 presidential candidate, a former prison inmate, an internet television host, a fake country singer, a zookeeper and a trending internet meme are some of the titles that describe Exotic, the lead character of Tiger King.

Simply put, Exotic’s first experiences in the zookeeping business began as early as his childhood working on a ranch and later working at various pet stores and then opening one with his brother Garold in Arlington, Texas. After the death of his brother, Exotic sold his pet shop and bought 16 acres of land to later on open the infamous G.W. Zoo where insanity of all kinds would ensue over the coming decade.

A plethora of memes have surged in the wake of Tiger King’s release, centered around Exotic’s bizarre life decisions and inappropriately timed quotes. “He’d rub those balls in my face. Those balls were like golden nuggets to that boy. Everyone here knows what I mean, you seen his balls.” Exotic said at Travis Maldonado’s funeral in front of guests including his mourning mother — he was his husband.

The legacy of Exotic is that of insanity; from flying over Big Cat Rescue Sanctuary in a helicopter which gave a tiger an unintentional seizure due to the noise to feeding tigers expired meat off a Walmart truck or from running for president to hiring a hitman to kill “that (expletive) Carole Baskin.”

“Hey all you cool cats and kittens…”

Carole Baskin is the owner and coordinator of Big Cat Rescue Sanctuary in Florida. To say the least, Baskin is a crazy cat lady who got her wish to live her life side by side with the animals she has been obsessed with since infancy.

But behind Baskin’s everyday tiger print attire is the unsolved mystery of her second husband, Don Lewis.

Whether truth or false, the mystery of Lewis’ disappearance remains unsolved, but the series presents a disturbing theory that Baskin fed him to her tigers — and her testimonies do not help her case at all.

“The only way to get a tiger to eat someone is to cover them in sardine oil or something.” Baskin said in an article.

Spreading her message that tiger breeding is animal abuse; VHS tapes come to light of younger Baskin teaching how to breed and raise tigers with a VHS scene showing how the cubs must be ripped away from the mother immediately at birth.

After Lewis’ disappearance, Baskin remarried to Howard Baskin, with a honeymoon photo that has trended on social media of Howard on hands and knees dressed in a lewd tiger print outfit leashed with Carole holding the other end which has become a trending meme.

“Bhagavan means that you’re a friend of God.”

Doc is the founder and director of The Institute for Greatly Endangered and Rare Species, or TIGERS, located in Myrtle Beach, South Carolina.

Doc flaunts what he has with confidence and in the second episode, Doc is shown riding a fully grown elephant through the residential neighborhood greeted by his neighbors like a celebrity and with good reason.

Doc has dipped his toes in the superstar world with the aid of exotic animals and appearing with large named celebrities such as Britney Spears in her 2001 music video “I’m A Slave 4 U” providing a tiger and a white snake for the production and has worked as an animal expert for critically acclaimed movies such as “Dr. Dolittle” and “Ace Ventura” while also appearing frequently on late night talk shows.

At TIGERS, Doc provides performances with flare for visitors alongside his son Kody Antle and his five wives who do not live in the same house as Doc but rather live in separate houses side by side on his preserve, working from 8 a.m. to midnight, due to the fact that “You can’t get into my complex lifestyle.” according to Doc.

Barbara Fisher debuts in the series giving her personal experience of living at the TIGERS preserve and the terrible conditions she and other young girls lived in such as roach infested “horse stalls” living quarters and the one hundred dollar weekly pay with the only way of ascending their job positions and living situations was by sleeping with Doc.

Aside from abusing women, the abuse of tigers is most certainly there too because Doc would use gas chamber to euthanize tigers once he deemed a tiger as no longer profitable.

Five out of five pickaxes

Tiger King is a truly remarkable series that will keep you stuck to the screen throughout all nine episodes, either cringing or laughing. It is a mind-blowing series perfect for being quarantined. Netflix has struck gold.