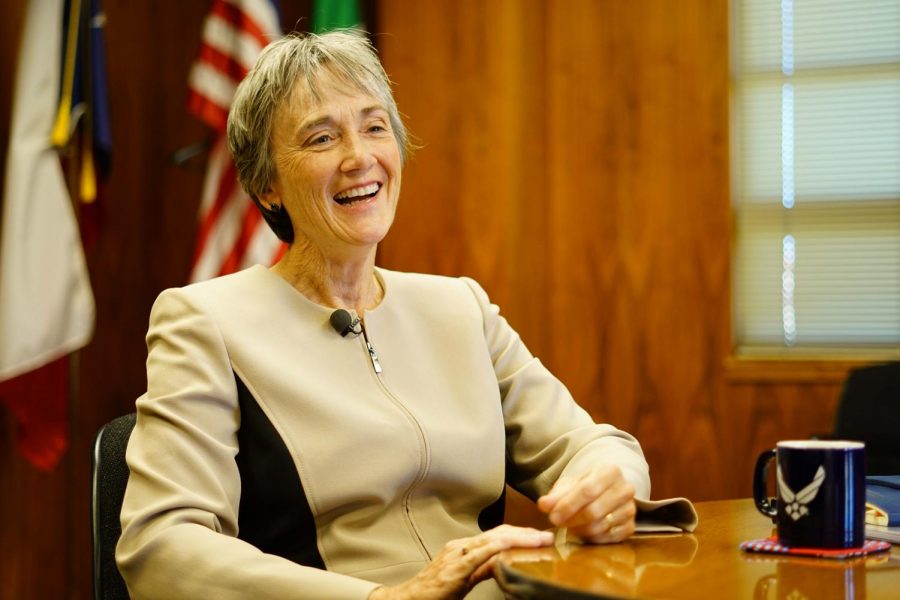 UTEP President Heather Wilson has been selected to serve a six-year term on the National Science Board (NSB).

Early March, in a White House press release, U.S. President Donald J. Trump announced his intent to appoint Wilson to the NSB for a position set to conclude May 10, 2026.

“I look forward to advancing science and engineering and helping to guide the National Science Foundation,” Wilson said in a news release. “This is a great honor for me and for the State of Texas.”

Wilson arrived at UTEP at the beginning of the Fall 2019 after having served as the 24th Secretary of the United States Air Force since 2017. As president of UTEP, a top tier research institution, Wilson oversees 25,000 students and 166 bachelor, master and doctoral degree programs.

She previously was the president of the South Dakota School of Mines and Technology in Rapid City from 2013 to 2017. Wilson was also a Republican member of the U.S. House of Representatives for New Mexico’s 1st congressional district from 1998 to 2009.

According to the National Science Foundation Act of 1950, nominees selected to the board should be eminent in their fields, hold a record of distinguished service and uphold the views of scientific and engineering leaders from all areas of the nation.

A list of the current members of the National Science Board can be found at nsf.gov/nsb/members

Prospector staff may be reached at [email protected].edu