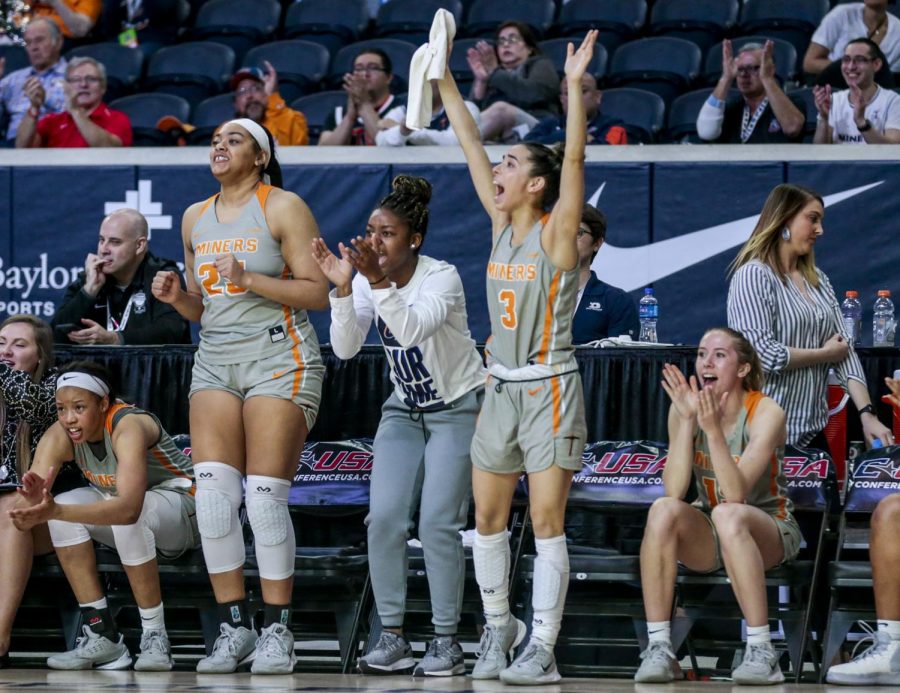 The UTEP women's basketball team defeated Florida Atlantic University 97-65 in the first round of the C-USA tournament in Frisco, Texas.

The opening round against Florida Atlantic University turned out to be a bit of déjà vu for the UTEP women’s basketball team(16-14) as it dominated the Owls (13-17) for the second time this season. The Miners put up over 90 points versus FAU and multiple players scored in double digits once again as UTEP defeated FAU 95-67, in the first round of the 2020 Air Force Reserve Conference-USA Women’s Basketball Championships in Frisco, Texas.

Records were set in Frisco for the Miners as it set conference tournament program records for points (95), three pointers made (11) and margin of victory (28).

In the Miners last matchup against FAU Jan. 4, it earned its largest halftime lead over a conference opponent (22) as the squad breezed to a 96-65 win at the Don Haskins Center.

In the quarterfinal matchup the Miners led 48-28 at halftime as freshman guard Avery Crouse led the Miners with 12 points.

Lipe’s 16 points are a career high and the standout sophomore knocked down three three-pointers and dished out two dimes for the Miners.

In the Jan.4 matchup not a single Miner scored more than 16 points and the same outcome was on display in Frisco in the opening round.

Freshman guard Katia Gallegos who recently set the freshman record for most assists in a single season, dished out eight assists against the Owls and tailed eight points.

Gallegos eight dimes tied for second most by a Miner in a conference tournament game by a Miner.

“It was crucial the way these young ladies came out of the locker room today, and just played a great game from beginning to end,” Head Coach Kevin Baker said in a press release. “I couldn’t be prouder of them against a very good FAU team that is extremely well coached.

The win against FAU earned Baker his third straight trip to the quarterfinals of the Conference-USA tournament which is the longest streak to start a career in program history.

UTEP now turns its attention to second seed Old Dominion (26-4) in the quarterfinals of the Conference-USA tournament.

The Miners battled the Monarchs in a highly costed matchup Feb. 8 at the Don Haskins Center falling to ODU 77-69.

The quarterfinal matchup between UTEP and Old Dominion will take place at 12:30 p.m. MT March 12 in Frisco, Texas. The game can be streamed on Stadium.

Due to the Coronavirus outbreak the remain games in the Conference-USA tournament in both the men’s and women’s bracket will be closed to the general public.