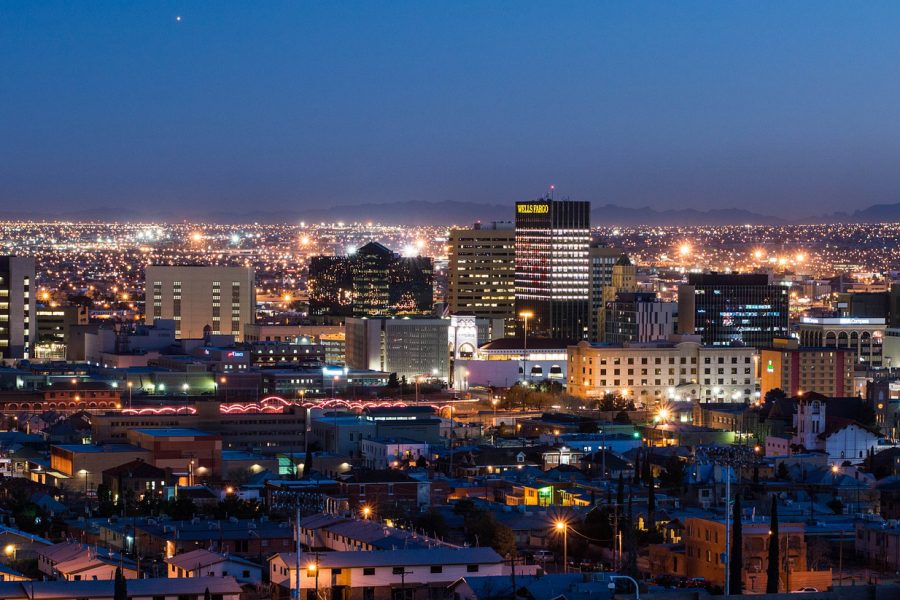 The search for a candidate began in October of 2019, under a search committee led by Chairman and vice president for student affairs, Gary Edens.

The University of Texas at El Paso (UTEP) has narrowed its search for a new provost and vice president for academic affairs to five potential candidates.

The position has remained vacant since former provost Carol Parker transferred for the same position to New Mexico State University in spring 2018. Meanwhile, John Wiebe has served as interim provost.

The search for a candidate began in October 2019, under a committee led by chairman and Vice President for Student Affairs Gary Edens. The committee is comprised of 10 other members of various departments at UTEP, including faculty, staff and a student.

Here are the five finalists:

Shoho, has served as the dean of education and professor of administrative leadership at University of Wisconsin Milkwaukee since 2015 according to his faculty profile. During his time as dean, he has led the School of Education to eliminate a $1 million structural deficit and reducing a $2.4 million carryforward debt to $300,000 during an environment of declining enrollments. Prior to this, Shoho spent 21 years at the University of Texas at San Antonio, where he was a professor and associate vice provost for academic and faculty support.

According to his curriculum online, Vizzini, currently serves as professor of Engineering at Wichita State University, and holds a doctorate in aeronautics and astronautics. In the past, Vizzini served as provost and senior vice president for WSU for nearly four years. As provost, he initiated and supported the development of the Master in Innovation Design degree, a university-wide master’s degree focused on the development of talent in innovation for students from all academic colleges. Vizzini also developed a tuition model for non-degree-seeking students including concurrent education, undergraduate and graduate badges. Vizzini also has previous experience as dean for the College of Engineering and Applied Sciences at Western Michigan University and department head of aerospace engineering at Mississippi State University.

Wiebe, a licensed psychologist and current interim provost, is a professor of psychology and the interim provost at UTEP as listed under his university profile. As provost, he has been responsible for the oversight and administration of all academic degree programs and has played a key role in the planning and policy development for strategic campus initiatives including UTEP Edge — an initiative that seeks to integrate high-impact practices with the goal of preparing students for leadership and success. As professor, his research has focused on adaptation to severe chronic medical conditions and he is the principal investigator for Empower Change: The Paso del Norte Center for Mental and Emotional Well-being, a center that collaborates with community stakeholders, shares expertise and leverages resources to promote and improve mental and emotional well-being in the region.

Miller, a graduate of Princeton and Stanford University with degrees pertaining to geophysical sciences, began serving as provost of University of Wyoming in August 2016. According to her curriculum, she has a long-standing interest in enhancing diversity in STEM education, especially in geosciences. Miller’s research has primarily focused on the application of active source seismology to the origin and evolution of the continents. Prior to her appointment at UW, she was dean of College of Geosciences at Texas A&M University from 2009-2016 and part of the UTEP administration, as she served as dean of the College of Science from 2004-2009, after having begun in 1991 as a research specialist in the university’s geological sciences department.

Kirken, has held the role of dean of the College of Sciences at UTEP since 2013. Under his curriculum, this includes overseeing the departments of biological sciences, chemistry, geological sciences, mathematical sciences and physics. As dean, he has increased the number of majors in the college, serving more than 32,000 undergraduate majors and 400 graduate students. As well as increasing awarded degrees, with undergraduate and graduate now exceeding 500 students per year for an increase of 31% overall. Kirken is also the director of the Border Biomedical Research Center and a professor for UTEP’s biological sciences department.

“The president gave a great deal of thought on who she wanted to have on the committee,” Edens said back in October. “So there’s a broad mix of people from different colleges and different histories here at UTEP.”

As stated in the job’s description under the university’s webpage, the provost oversees the university’s curriculum, faculty appointment and other academically related areas at UTEP. This includes, “increasing access to excellent higher education where members of the faculty advance discovery of public value and positively impact the health, culture, education and economy of the El Paso region.”

The responsibilities vary from planning, developing and evaluating academic programs, working with deans and chairs on the development and improvement of instruction to advising UTEP’s president on all matters related to academic affairs and university administration.

The finalists began visiting UTEP late February and early March for interviews and forums with faculty and staff. Shortly after these visits, the hiring committee is set to have a finalized decision to present to President Heather Wilson, who will make the selection.

To learn more about the responsibilities the position of provost entails or view a detailed list of the search committee visit utep.edu/provostsearch