Eastwood and Clint boys’ basketball seasons end in sweet 16 round 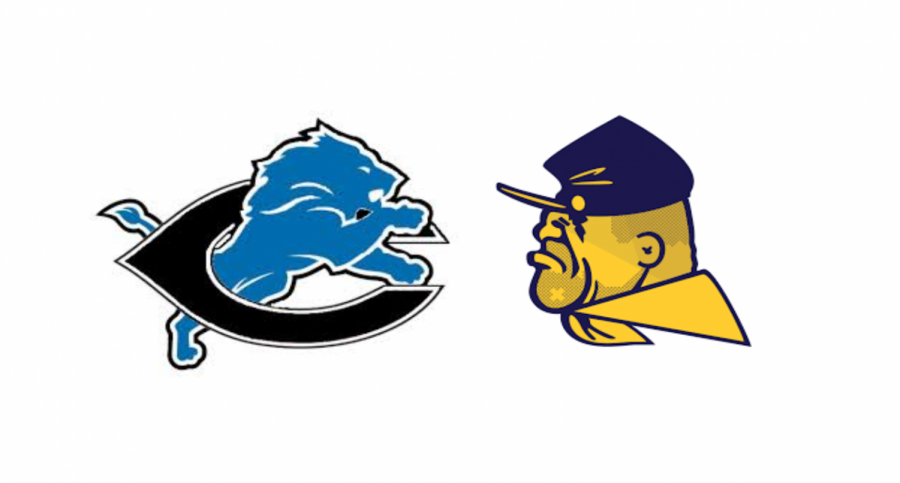 The Eastwood and Clint high school boys’ basketball team’s exceptional playoff runs ended in the sweet 16 rounds, but both teams accomplished many feats this season.

The Eastwood Troopers reached its first regional tournament berth since 1987 while the Clint Lions reached the regional tournament for the first time since 1982. Both squads featured senior leadership that will have to be repackaged next year, but will also have several players with key experience reaching a regional semi-final.

Let’s look back at how both teams fared this season and its key moments in the 2019-2020 season.

The Eastwood boys’ basketball program holds the elite distinction of being the only El Paso boys public school team to hold a state basketball championship. In 1976, the Troopers captured gold and were led by legendary head coach Garry Pippen for more than two decades before his retirement in 2018.

Peter Morales took over as head coach of the Troopers in the 2018-2019 season and now in his second season at Eastwood led the Troopers to the regional semi-final which is familiar territory for Morales. Morales led Bowie High School in the 2009-2010 season to a berth in the Sweet 16 round before falling to The Colony in San Angelo, Texas.

Fast forward 10 years and Morales’ Trooper squad features several similarities between his Bowie squad in that both teams feature an athletic forward, sharp-shooting guards and constant pressure on the defensive side of the ball.

Eastwood captured a district championship this season with a 16-2 record in district play and earned wins over tough Sun City programs such as Eastlake, El Dorado and Cathedral and defeated notable teams outside of El Paso such as West Brook and Weiss.

The Troopers started its playoff run with a 34-19  Bi-District win over Burges followed by a gritty 49-45 victory over Palo Duro in the Area round setting up a Sun City showdown with Andress High School in the regional quarterfinal in the 5A State Basketball Playoffs at Bel Air High School.

Fans filled up the arena and the Troopers and Eagles battled throughout the game reaching a deadlocked score of 30-30 after three quarters. The Troopers fed off the hungry Eagles in route to a 51-41 win.

Eastwood battled a Burleson Centennial team in Snyder, Texas, in the sweet 16 rounds. The Spartans came into the matchup ranked 15th in 5A.

The Troopers trailed by just two at halftime (27-25) but could not overcome a flurry of three-pointers and a game-high 23 points by Spartan senior forward Jacob Stuckey. The Spartans would outscore the Troopers 26-11 in the fourth quarter.

“What I told the team is you can’t fall behind teams like this because you expand so much energy just to get back in it,” Morales said in postgame interview with KTSM 9 El Paso.

This turn around for the Lions is stellar and it has placed itself as one of the touted and respected programs in El Paso behind head coach James Moreno.

Both sweet 16 programs as mentioned featured key senior talent and the Lions version was in senior forwards Marcus Juarez and Brandon Cottrell as well as guard Jonathan Garcia.

Garcia led the Lions in points per game with 19 and was a constant playmaker for the Lions during his varsity career. Earlier this season Garcia tailed 30 points versus Balboa School in the annual El Paso McDonalds tournament which featured several talented programs from Texas and California.

The complementary shot maker to Garcia’s playmaking abilities was Juarez as the senior big man averaged 13 points per game and used his physical attributes and sleek all-around game to give the Lions a great one-two punch.

Juarez had several notable performances such his double-double (24 points 11 rebounds) outing in the El Paso McDonalds Tournamnet versus Cy Fair Learning Center, and his 12 point and 9 rebound game versus Americas High school earlier this season.

Clint faced a tough non-district schedule and earned a 37-27 win over Eastwood in the early segment of the season.

The Lions ended the regular season on a 12-game winning streak which featured a 43-39 win over District 1-6A champion Americas High School and was ranked number 9 in the Class 4A rankings.

In the Bi-District round of the Class 4A Texas boys’ basketball playoffs Clint dismantled Fort Stockon in route to a 69-28 victory to capture its fourth straight Bi-District title.

The Lions carried that momentum into the area round with a 76-61 win over Halhart in Andrews, Texas.

In the regional semi-final the ninth ranked Lions went up against the eight ranked Argyle Eagles in Lubbock, Texas.

The matchup was all tied up (22-22) after three quarters but the Eagles outscored the Lions 14-9 in the final quarter.

“Not many people my age has the chance to be with a team like this or have the brotherhood that I have with my guys,” Garcia said in a postgame interview with KTSM 9 El Paso.

The focal point of the boys’ basketball sweet 16 runs is that the Sun City has a bright future ahead and talent will continue to blossom in the coming years. Two programs have now established a winning culture in El Paso behind the fundamentals of strong team defense and collective efforts on both ends of the court. Both teams will be looking to go farther in its respective regional tournaments and will plan to deliver in the 2020-2021 season.

Isaiah Ramirez may be reached at prospector@utep.edu.