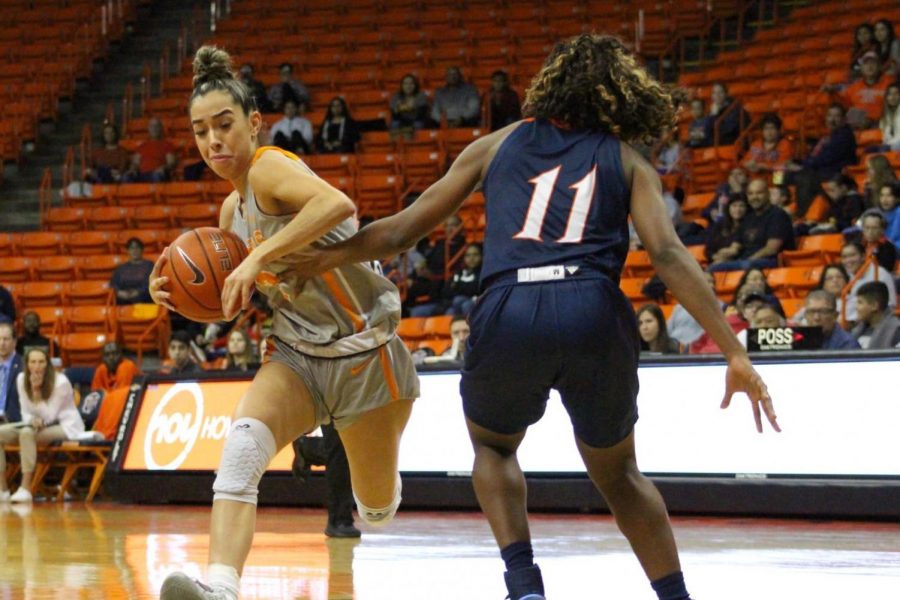 Both teams had locked a spot in the Conference-USA prior to the matchup but battled on the court as if they were fighting for the final spot in the tourney.

Although the Miners could not find the bottom of the net against the Owls, a trio of Miners were able to get in double figures in scoring with senior Ariona Gill pacing the team with 19 points, followed by freshman guards Katia Gallegos and Avery Crouse with 15 and 11 points respectively.

Gallegos dished out a team high three assists and placed her name in the UTEP record book as she now has 142 assists on the season tying former Miner Shalana Taylor’s freshman record of most assists in a season.

In the midpoint of the third quarter the Miners and Owls were tied at 48-48 behind a 7-0 run by UTEP but the game would flip in the Owls favor with a 15-1 run to lead 65-49. The Miners did not closer than 11 points for the rest of the game.

“A few things didn’t go our way (in third quarter) and the bottom fell out,” UTEP Head Coach Kevin Baker said. “Rice doesn’t shoot the 3-pointer that well, but they did tonight. When you’re daring kids to make 3-pointers and then they do, they deserve to win.

The Miners currently sit in seventh place in Conference-USA and have one regular season game remaining.

Isaiah Ramirez may be reached at Prospector.utep.edu