The movement against femicide impacts in social media 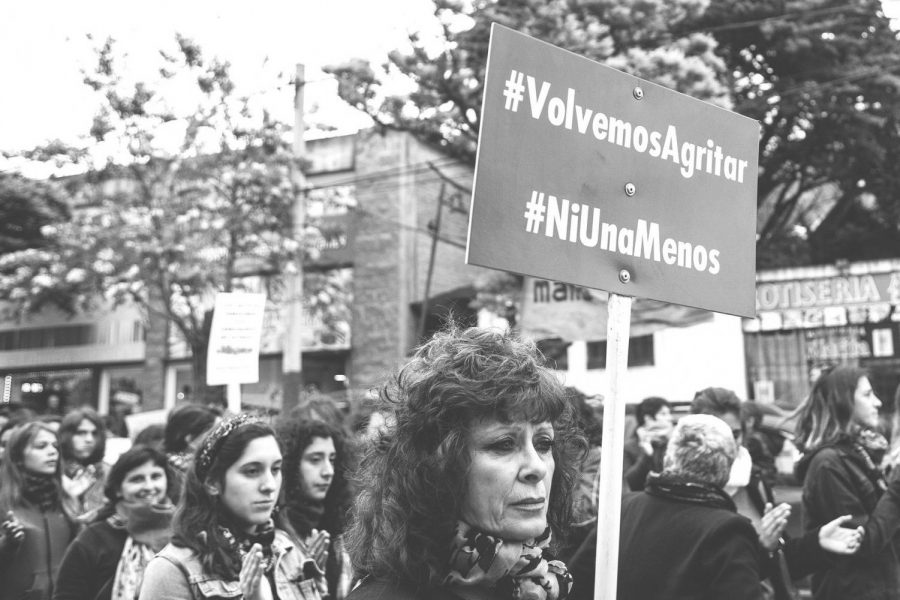 The network of support encourages connections between women not only in a personal level, but also to acquire services from one another, like ridesharing.

By Feb. 18., three private groups on Facebook that seek to support and protect women in the face of the disappearances and femicide in Ciudad Juárez, Mexico, had already been created.

The groups “Mujeres cuidando Mujeres – Cd. Juárez, Chih.,” “Stronger Together” and “Ni una menos” are exclusive for female users and aim to generate bonds of friendship and sisterhood among members.

“This group is about coming together and taking care of one another,” the description of the group Stronger Together reads in Spanish.

“I truly didn’t expect that much growth. We thought there were only going to be a few (members),” said Nohemi Miranda, administrator of the group Ni una menos.

The article 325 of the Mexican Federal Penal Code typifies a femicide as that which deprives a woman of life for reasons relating to their gender. The reasons that relate to their gender must concur with some signs of sexual violence, threats, stalking, among others.

“Every time I logged on to Facebook the only thing that I saw were deaths of women, disappearances, ‘they raped this girl’ and I had enough,” Ali Cervantes, creator and administrator of the group Stronger Together, said in Spanish.

The network of support encourages connections between women not only in a personal level, but also to acquire services from one another, like ridesharing.

Cervantes said that a lot of women who work for companies such as Uber are in the group, and they make their services available for all of those who don’t feel safe riding with male conductors.

Rules vary depending on the group, but the most general ones include respect, not taking screenshots of posts and preserving the anonymity of those who decide to give their testimony regarding assault, violence or rape.

“That way women can open up, even if it’s anonymous,” Miranda said in Spanish.

The impact that these groups are looking to generate goes beyond a Facebook group or the internet. Members are invited to become allies in real life too if they ever encounter others in the street who are in danger or feel unsafe.

“We sport a purple ribbon,” Cervantes said in Spanish. “If a girl from the group is in danger and finds someone wearing the ribbon, they can feel comfortable taking their hand.”

Marisol Chávez can be contacted at [email protected]