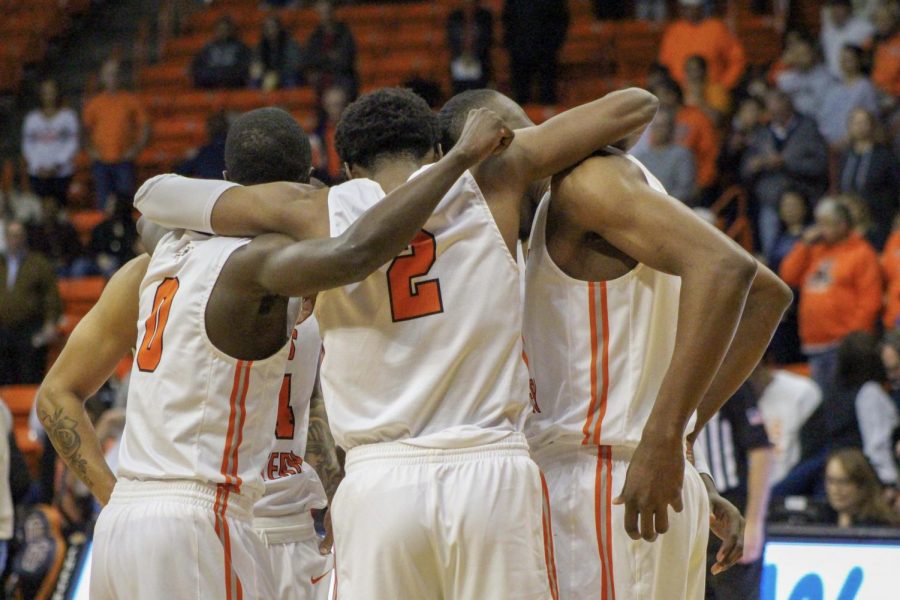 Starting its first winning streak of the new year, the UTEP Miners lead from start to finish on ‘Senior Night” with an easy 75-56 victory over the Southern Mississippi (Southern Miss) Golden Eagles Sunday afternoon.

The last time the Miners had won back to back games was in mid-December playing their home tournament. This game’s 19 point win was the team’s largest margin of victory for the season versus a Division I opponent.

Right out of the starting gate, the Miners dominated scoring the first 10 points of the game. with half of those being scored by senior guard Darryl Edwards. Edwards took over early in the game and scored 15 points by halftime on 5-8 shooting. Shooting 4-7 from 3-point line Edwards set the tone and had Southern Miss struggling on defense trying to deny him an outside shot.

Leading 31-20 with five minutes remaining in the first half, the Miners got some surprising offense from freshman Deon Stroud. During those last five minutes of the half Stroud was the only scoring that the Miners had. Hitting two 3-pointers and Stroud scored 8 points in seven minutes on the court.

For the first nine minutes of the second half, the Miners and Golden Eagles traded baskets with the margin staying at about 10 points. A 3-pointer from sophomore guard Souley Boum extended the lead to 51-38, followed by a layup from sophomore Kaden Archie.

Archie played his most minutes since early January with 26 total. P-laying the majority fo the second half Archie did much of the dirty work and showed his ability to guard bigger men. Only scoring 5 points, Archie was all over the place, doing the things that do not show up in the box score.

A 3-point play by Edwards extended the Miner lead to 56-40 with 10 minutes remaining in the game. Southern Miss whittled away at the lead closing it to 11 twice and both times junior Bryson Williams stopped the run with a score. With the one second left on the shot clock, Williams hit a 3-pointer to put the Miners in the lead 65-51.

Following a fast break layup from Edwards, senior Ountae Campbell scored his first basket of the season in his last home game. Campbell, a 10 game starter last season for the Miners in a transition year played in his second game this season. His basket closed out the scoring to seal the victory.

Senior Isaiah “Juice” Rhyanes and Campbell both started the game, honoring them as seniors. Rhyanes was on the floor for the first two minutes of the game and was a vital part of the defense that allowed no points during that time. Finishing with his first two rebounds of his career, Rhyanes has been a crowd and team favorite during his time at UTEP.

“I want to thank Coach terry for allowing me this opportunity to play,” Rhyanes said. “We had to get this win to try to do big things for this university.”

I enjoy my role in trying to teach young guys what college basketball is all about,” Campbell said.

Sophomore guard Jordan Lathon made his defensive presence and guard skills known early with four steals in the half and six in the game. Seeming the most comfortable he has been since the victory at home over New Mexico State in November, Lathon tied his career high in assists with six.

Scoring in double digits for the first time since his return from the transfer portal, Lathon finished the game with 10 points and rebounds, his first double–double of the season. Impacting both sides of the ball in this game reminded fans why Lathon was so touted in the first place.

Edwards led the team in scoring for the second straight game with 26 points on 10-16 shooting. Over the last six games, Edwards has averaged 20 points a game and shot 49% from the 3-point arc. Taking over as the primary scorer, Edwards has been an iron man playing the entire game in three of those contests and only being off the floor for a combined four minutes.

“Today was a special day honoring three guys that represent our program well on and off the court,” Head Coach Rodney Terry said. Titus and Kaden both played very hard for us and changed the way our defense was played.

“Our guys are playing better and getting more confident,” Terry said.

After the win, the Miners are tied with Rice for 11th in the conference at 6-10. Twelve teams from the conference will make the tournament and the Miners with a win of either of its remaining games will clinch a spot. Currently, with only one win on the road this season, the Miners control its own destiny at this point.