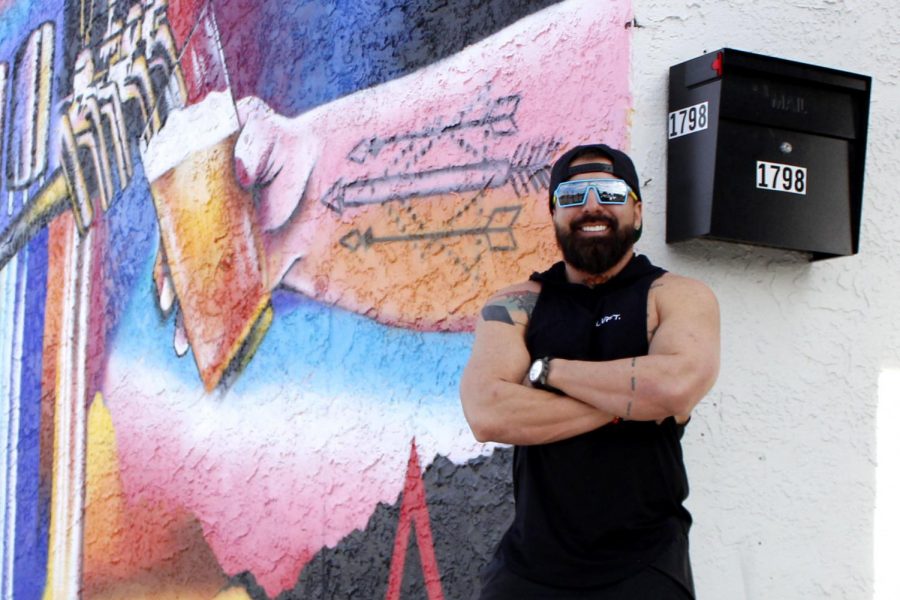 El Paso Draft House is expected to open its doors in East El Paso within a month.

Tucked in the suburban corner of George Dieter and Trawood drives is the construction site of a future beer joint that’s expected to grace East El Paso with a wide variety of brew — a future microbrewery dubbed El Paso Draft House.

Located at 1798 George Dieter Drive, El Paso Draft House is expected to officially open its doors in early to mid-March.

“The vision behind El Paso Draft House is to continue to bring something new to El Paso.  My team and I aim at putting El Paso on the map,”  said owner Justin Kaufman. “We will make our own beer, serve local beer and ultimately have 36 beers on tap.”

This new venue is distinct due to its modern exterior and a brilliantly colorful mural of people enjoying beer painted on the building’s left side.

The microbrewery will have a large screen television on display, provide a golf simulator for entertainment, have a small kitchen to serve food and give customers access to a beer terrace to unwind outdoors.

El Paso Draft House is only one of Kaufman’s several business ventures within the city — ultimately why Kaufman describes himself as a “serial entrepreneur.”

“I’m a serial entrepreneur. I do not think El Paso has taken a notice of me yet, but I’ve been sacrificing to get to this point for over eight years now,” Kaufman said. “I’ll make El Paso proud.”

El Paso Draft House is expected to make its debut in an area of the city that’s east but not too east, right next to residential houses on Glen Campbell Drive and Molly Marie Court.

“East side is where I grew up and I have four businesses I live five minutes from,” Kaufman said. “79936 is the best ZIP code in the country and I want to prove that it is.”

Kat Ziffer and Obed Soto are Kaufman’s business partners in this latest venture of his.

“At the moment, this draft house is just the next move that makes sense to put in my portfolio,” Kaufman said.