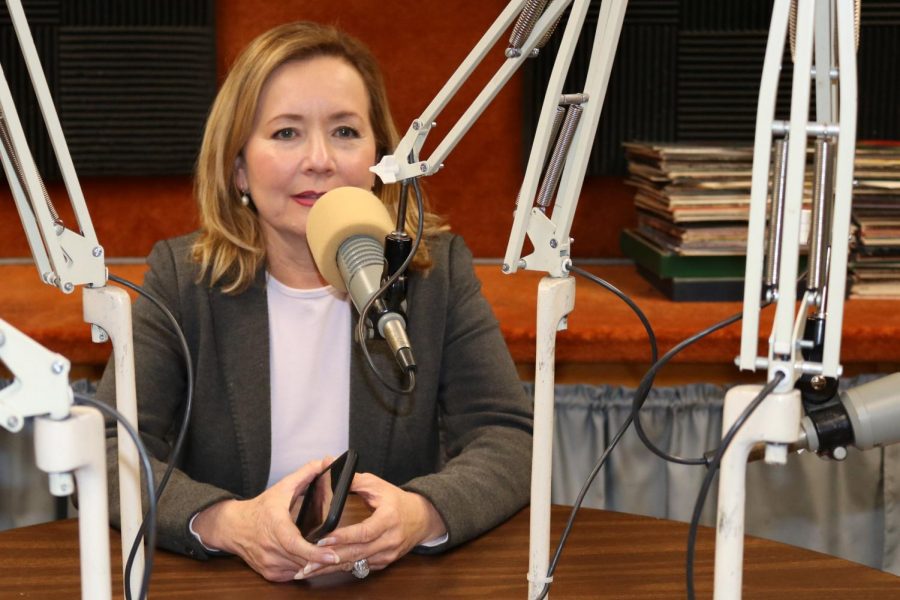 KTEP, the National Public Radio station from the southwest, welcomes journalist Angela Kocherga aboard as news director. Kocherga has dedicated her career to covering the U.S.-Mexico border and the interior of Mexico soon after graduating from college.

“After the 2016 election, I said, ‘Okay, time to get back to the border. I think some things will be happening. We’ll have some news to cover,’” Kocherga said. “I came back very happily and started reporting. It’s just been nonstop.”

Kocherga was covering Texas and New Mexico when she first started to co-host with KTEP’s News and Public Affairs Director Louie Saenz. This partnership eventually brought about the news director position for Kocherga.

“I really just thought that I’d love to be able to contribute and do some of these newsmaker interviews as we were seeing all of this happening last year with migration,” Kocherga said.

Kocherga was born in Mexico and raised between Mexico and the U.S. border in the Rio Grande Valley. She remembers how her mother planted on her the importance of reading, writing and to be informed about current events.

It was in high school that she decided to follow the path of journalism.

“(I worked at the) newspaper in high school, which I loved. By the time I got to the University of Texas at Austin, it kind of opened the door to look into broadcasting both television and radio, which I’ve really loved,” Kocherga said.

After graduating from UT, her first job was at a community radio station in El Paso that no longer exists.She was recruited by a local television channel and later reported out from Dallas for Belo Broadcasting.

Kocherga served in the Mexico bureau chief position for The Dallas Morning News, where she had the opportunity to cover central Mexico, Guatemala and Cuba.

As news director for KTEP, Kocherga wants to bring her experience to the studio and do more reporting on the field for the southwest NPR station listeners.

“My goal is to build on what we have here at UTEP, not duplicate the public affairs in studio reporting, but go out into the field. So, listeners will start to get stories from inside,” Kocherga said. “I mean, not just inside the station with people coming to us, but me going out into the field. I will be in the field reporting and interviewing and taking people to the places where the news is happening.”

Kocherga also wants to teach and train UTEP students about broadcasting, which aligns with the KTEP mission statement.

She plans to collaborate with the journalism professors at UTEP. She believes that the work that has been done by Kate Gannon, Zita Arocha and Dino Chiecchi has been incredible and crucial for the journalism program at the university.

Kocherga also wants to emphasize the importance of being a journalist, especially in the border and during the 2020 election year.

“We’ve got an election year, so we need to do our responsibility to inform our voters and bring them the best information possible, so they can make their decisions this year, “Kocherga said.

Kocherga said the rhetoric surrounding the border needs to be presented realistically so that people can base their decisions off of factual information.

Besides her new job as news director, Kocherga enjoys family-owned, local restaurants in El Paso and hiking in the Franklin Mountains and in Las Cruces area. Kocherga owns three dogs, a rescue horse and a rooster that wakes her up early every morning.

Maria Ramos may be reached at [email protected]