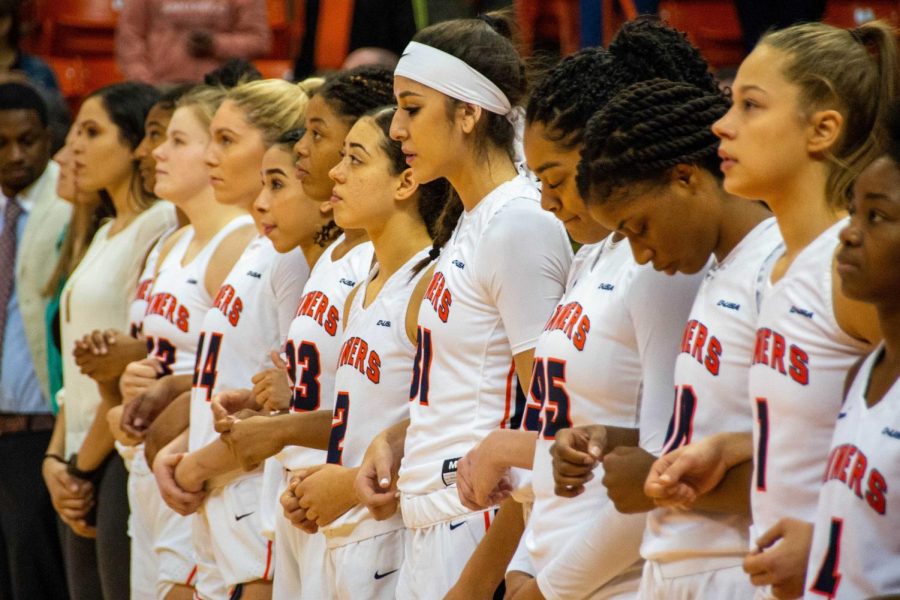 The UTEP women’s basketball team (13-11, 6-7) is currently on a three-game losing streak but looks to snap that as it takes on The University of Texas at San Antonio (6-18, 2-11). The Miners defeated the Roadrunners in convincing fashion earlier this season (94-54) at the Don Haskins Center. UTEP is enduring a rough patch in its three-game road trip as it is coming off losses against Western Kentucky and Marshall.

A win against the Roadrunners to end the losing streak will build some sort of momentum for this improved Miner squad moving forward.

Preseason polls placed the Miners finishing in 12th place in Conference-USA (C-USA) but the Miners are tied for seventh place with five games remaining in the regular season.

This  Miner team has an exceptional blend of youth and veteran leadership with freshman guards Katia Gallegos and Avery Crouse leading the young backcourt while senior guard Katarina Zec and forward Ariona Gill anchor the veteran guidance on the squad. On Jan. 18, the solid blend that composes this team was on full display as the Miners steamrolled past UTSA with every player scoring a basket.

The Miners’ leading scorers are Zec and Gill averaging 13 and 11 points respectively while Gallegos leads the squad with 4.7 assists per game, which ranks second in C-USA. Gill has put up six straight double-digit scoring performances and posted 21 points and rebounds against Marshall.

This team prides itself on constant on-ball pressure and forcing turnovers, which shows as the Miners force an average of 19 turnovers per game. The Miners forced 20 UTSA turnovers in its win earlier this season.

One negative aspect of this squad is the rough start of its matchups on the road. The Miners found itself down 26-11 after the first quarter against Western Kentucky, and 16-4 versus UAB earlier this season. In the team’s last game against Marshall, it was down 15-9 after one quarter but shot 26% from the field.

“It was a very winnable game for us, but we just didn’t come out of the gates well,” Head Coach Kevin Baker said. “We missed nine lay-ups in the first quarter and, on the road, that’s just hard to overcome.”

The Roadrunners are on a ten-game losing streak, and its matchup against the Miners won’t be an easy task to overcome for a struggling team.

The Miners will take on the Roadrunners 6 p.m. Feb 20, at the UTSA Convocation Center. They will return home to the Don Haskins Center for a two-game homestand versus Middle Tennesse and Southern Miss Feb. 22 and Feb. 29. The top 12 teams at the end of the season in the standings will qualify for the C-USA tournament played March 11-14 in Frisco, Texas.