IN REVIEW: ‘After Parkland’ hits painfully close to home 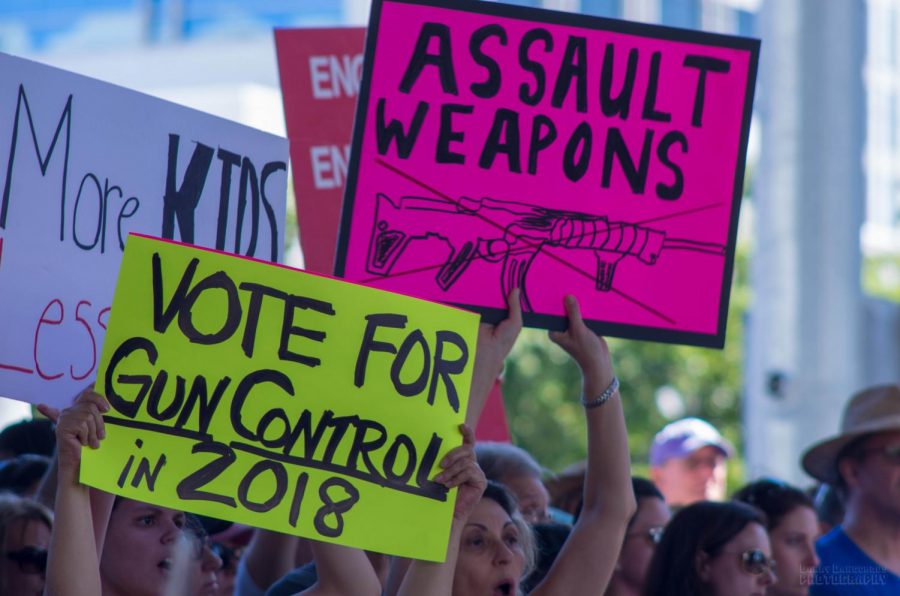 "After Parkland” is a bold and touching documentary that captures the painful aftermath of the Parkland, Florida high school shooting that killed 17 students and injured several others two years ago in 2018.

Two years after a mass shooting at Marjory Stoneman Douglas High School in Parkland, Florida left 17 students dead, 17 others injured and an entire nation mourning, a new tear-jerking documentary follows the lives of the surviving victims and their families.

On Feb. 12, only a few hours before watching “After Parkland,” I attended the first federal court hearing of Patrick Wood Crusius, who is standing trial for allegedly killing 22 people and injuring 23 others — in my own community of El Paso, Texas. It was impossible for me not to be reminded of my people’s own pain while watching this documentary.

The film by Emily Taguchi and Jake Lefferman observes the aftermath of the tragedy that fell upon Douglas High School, commonly known as “The Parkland Shooting,” on Feb. 14, 2018. The film documents how the lives of average high school students — on the verge of graduating and going to prom — are suddenly changed forever.

Perhaps I felt emotional because a mass shooting happened in my own city, but either way, the film had me in tears the entire hour and 32 minutes. Getting to see the sadness and loss of hope in the eyes of those students was absolutely heart-wrenching.

David Hogg, a Parkland student at the time, describes going back to school after the shooting as surviving a plane crash then boarding that same plane every day without fixing the underlying issue that made it crash in the first place.

Although the film touches on the politics of gun control, Taguchi and Lefferman focus more on the way the students and their families reacted to the attack from that February to the start of the next school year

Manuel Oliver, whose son, Joaquin, was murdered, channels his grief into his work as a basketball coach after his son had previously convinced him to coach the team.

The most heartbreaking subject in the documentary is Victoria Gonzales, Joaquin’s girlfriend, who survived the shooting and was left mourning the loss of her first love. This element reminds us of how young and vulnerable those students were; after all, they were young teens barely starting their lives.

“After Parkland” is a difficult film to watch. It is strategically directed and produced to have a lasting impact on viewers. The movie succeeds in delivering a message of showing the reverberations of violence long after the media loses interest.

Paulina Astrid Spencer may be reached at pro[email protected]