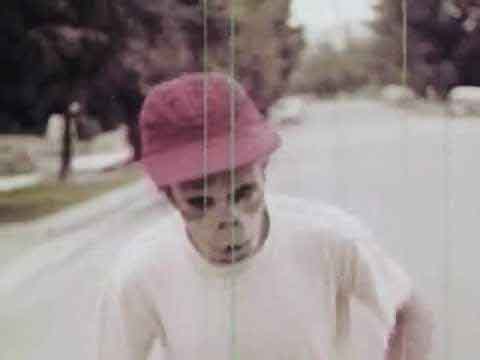 Witch house songs like "I'm The Devil" by Clams Casino are described as "occult-themed dark electronic music" that emerged in the late 2000s and early 2010s.

Witch house, a microgenre that uses horror as its rhythm, falls under the umbrella of electronic dance music (EDM) due to its use of synthesizers, repetitive melodies, drum machines, industrial sounds and several other typical elements of EDM, except it’s also comprised of sinister-sounding beats, putting together this harmonic and dark subgenre.

Flavorwire describes the music as “a dark, dreamy sound incorporating swooning synths at a drowsy tempo, pitched-down vocals and, generally, the feel of being trapped inside a haunted house.”

According to Vocal Media, the microgenre was spawned into existence as early as late 2009 or early 2010 when it was first conceptualized by Brooklyn musician Travis Egedy, professionally known as “Pictureplane,” but it was initially met with criticism like that it is “a false label, or a very small niche that latched on to a much larger sub-culture.”

Westword, an online Denver publication, even said witch house came about only as a “joke” by Egedy that eventually morphed into a “national movement.”

Shortly after, Egedy mentioned witch house in an interview with Pitchfork, a prominent online magazine, which significantly raised the profile of this microgenre that was once treated as a joke.

As the grandfather of witch house, Egedy gave some meaning to dark music that artists like Crystal Castles and Clams Casino  had already been making for a few years.

The band has mostly remained inactive for unclear reasons since 2012, only releasing a remix of another song in 2016.

Tim Jonze, a music journalist with The Guardian, describes Salem’s music as “strange, sinister music that others have labelled ‘witch house.’”

Jonze goes on to define witch house as “inspired by early rave and dream-pop, witch house also takes its cue from the ‘chopped and screwed’ remix technique so prevalent in early ‘90s hip-hop.”

“Witching Hour” is a successful song by XXYYXX who is another witch house artist, amassing more than 800,000 views on YouTube.

Similar to other microgenres like vaporwave and chillwave, witch house borrows heavily from other existing media to produce a final unique sound after being mixed and mashed during the production process.

While many still question the durability and future of witch house, the microgenre has still birthed eccentric music that satisfies and matches the aesthetic of many around the world.

Here are a few songs that fall under the shadow of witch house that you can check out: