IN REVIEW: ‘Gretel and Hansel’ is a horror film ruined by silly special effects 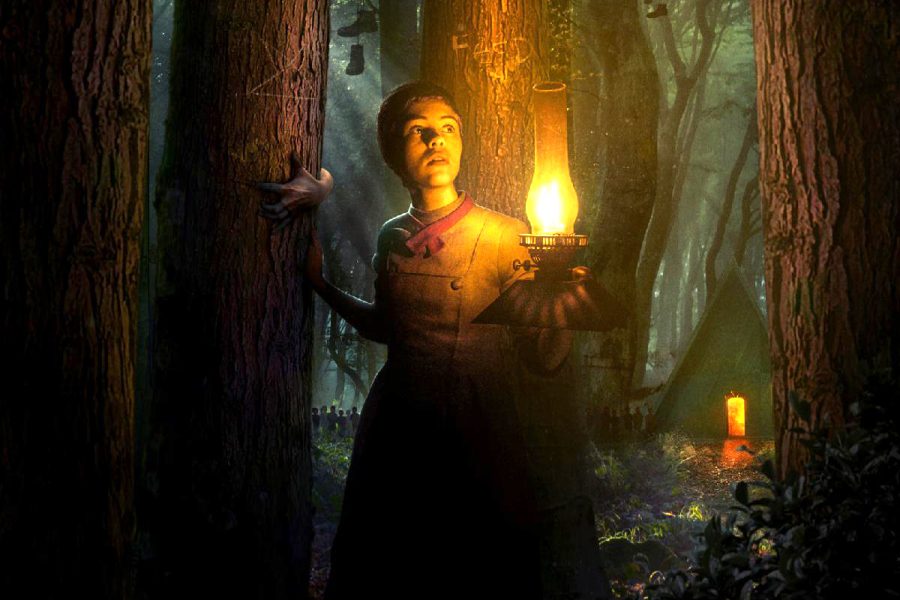 Gretel and Hansel is a 2020 dark fantasy horror film based on the German folklore tale "Hansel and Gretel" by the Brothers Grimm.

The fairytale we all heard of as children about the brother and sister duo who end up in a gingerbread house finally made it to the big screen this past month as “Gretel and Hansel” but this childhood story comes with a dark and psychedelic twist.

But before spending your hard-earned money and that one hour and 30 minutes of free time, think of something else to watch because this film isn’t worth the time and money.

Following closely the original tale of two children lost in the woods who stumble upon a gingerbread house owned by a cannibalistic witch, ultimately live cooking the witch and so forth, this film throws in a dark undertone in the film’s atmosphere immediately through Gretel’s monologues as she cares for her brother Hansel.

Forced between uncertainty, starving to death and a life as a whore, Gretel embarks into the wilds with Hansel in hopes of finding a better life with a church in a nearby town. This journey leads to a near-death encounter with a mad man, consumption of psychedelic mushrooms and, of course, the witch who attempts to eat the siblings through witchcraft.

The film gives a fresh new variation on the classic fairytale making it a story focused on the hardship of an older sibling caretaking, raising and protecting a youthful child — bonus points for presenting a strong female lead too.

The context of alchemy makes an appearance as Gretel studies how to brew concoctions mostly for restful sleep and the witch gives advice on how cutting a certain herb can be the difference between a helpful sleep medicine and a poisonous drink.  This later comes into play as Gretel uses what she learned in attempt to poison the witch after Hansel has gone missing.

The witch has a backstory. In the opening scene, the audience is presented a fairytale of a girl who was saved by black magic but then cast out into woods for the rest of the days due to fear by townsmen and her mother also.  The tale proves to be true but rather told wrong by Gretel as the witch explains the mother of the child is  herself and is tempted by her casted out daughter into witchhood by eating children, thus telling the origin of how she came to be.

Though the witch is given an interesting backstory, the tale of her backstory kicking off the film was a poor choice. As interesting as it may be to give the antagonist an in-depth narrative, it requires proper execution and, in this case, the film fell flat in that regard.  The fairytale told of the saved child implied throughout the film that she was the witch and is then revealed that the witch was the mother as a plot twist.

Computer-generated imagery (CGI) being used takes away from the experience of a terrifying and malevolent force. CGI adds this silliness to films, like the scene when a “healer” is conducting a ritual to cure the plagued child, then there is this black gooey mass that is being drawn from the child taking away from the seriousness and horror of the scene.

Throughout the screening, Gretel witnesses obscure individuals walking around the forest, presumably witches, bringing a sense of fear on what dwells in the woods.  But there was never any explanation of these random individuals, leaving many unanswered questions.

Gretel and Hansel is a fresh take on the commonly known fairytale we all know with an interesting narrative of siblinghood and a dark temptation for power but with subpar execution in doing so.  With a harshness to reality of how cruel and adulterated the world can be, the film deters from this interesting storytelling tool instead delving too far into a non-canonical story that could’ve been left out in the cut.

This film deserves a 3/5 rating  for an ambitious new take of plot but unfortunately requires better execution and less CGI to drive the story home to the heart.