OPINION: Being single is an unconscious decision I’ve made my whole life 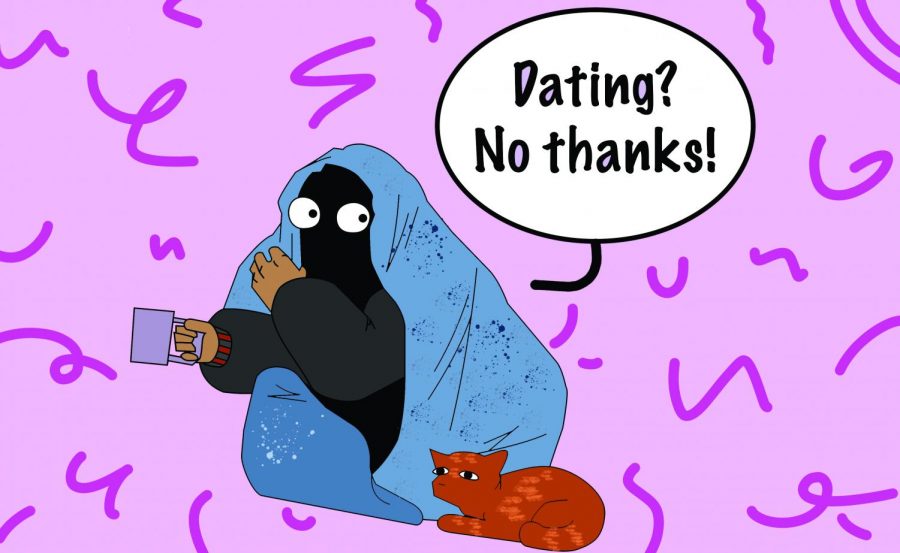 Research shows that the number of single people in the United States increased by a surprising 58% within the past 30 years — a growing club I’ve been a part of every single Valentine’s Day throughout my life.

There are probably several psychological reasons why my cat has a better dating life than me, but Elite Daily lists six reasons why people probably remain single, like being too closed off to human connection, too insecure or just simply not prioritizing it.

Laura Firestone, a licensed psychotherapist, interestingly mentions that some people remain single due to “an unconscious motivation to seek out relationships that reinforce critical thoughts they have long had toward themselves and replay negative aspects of their childhoods.”

Justin Brown, a tech entrepreneur and founder of the social media platform Ideapod, has lived his entire adult life without dating, and he explains in a blog post how a certain theory helped him understand why — the attachment theory.

The theory was first formulated in the 1950s by psychoanalyst John Bowlby and it encompasses the psychological, evolutionary and ethnological aspect of human relationships.

It describes four kinds of adults when it comes to attachment behaviors, like dating.

The first is the “secure” type, which Brown simply describes as people who “are both comfortable showing affection towards their loved ones while also being alone and independent.”

The second is the “anxious” type, the ones who are uncomfortable being alone and who constantly seek reassurance from their partners to quell their anxieties.

The third is the “avoidant” type, which Brown pins as the “extremely independent, comfortable being alone and uncomfortable with intimacy.”

And finally, the fourth is a troublesome combination of the second and the third types, the “anxious-avoidant” type, the ones who are not only afraid of connection, but who also aggressively stay away from it.

The secure type of attachment behavior is clearly the ideal one for a robust love life — a type I am definitely not.

Like Brown, I peg myself as an avoidant type.

I do so many things by myself, things that couples or even a pair of friends usually do together, like watch films, travel or try out new restaurants.

I catch a film at the Alamo Drafthouse every two weeks by myself and I’ve traveled to cities like Miami, San Diego and Washington, D.C., all on my own.

Living a life of free-spirited independence, unfettered by the lack of company from a lover or a friend, is all I’ve ever known.

Laughing at my own jokes and taking myself out on dates is my own version of a love life.

But I guess I’m also afraid of intimacy and being vulnerable, which is the damning aspect of being the avoidant type.

While attachment theory sheds a little light on why I’m chronically single, I nonetheless embrace my seemingly permanent relationship status.

Whether it’s because I crush on guys that never like me back or because I habitually reject every single guy that ever shows the slightest bit of interest in me, my singleness is a reality that I’ve gotten used to — at least until I mature into a different kind of person at some point, hopefully a secure type.