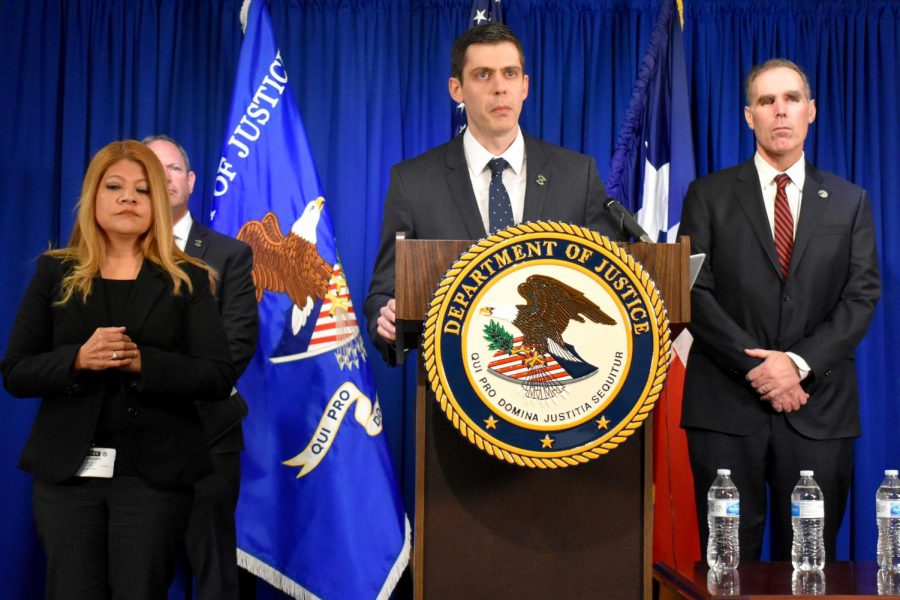 U.S. Attorney John F. Bash announced to the public on Feb. 6 that a federal grand jury indicted Patrick Wood Crusius on 90 counts of hate crime and firearm charges in relation to the Aug. 3 shooting that left 22 dead and several others injured.

According to a release by the DOJ, a federal grand jury in El Paso indicted Crusius on hate crime and firearm charges in connection with the murder of 22 people and the attempted murder of 23 others at a Walmart.

“Today marks a significant step in fulfilling that commitment. (A) few hours ago, a federal grand jury sitting here in El Paso returned a 90-count indictment against the Walmart shooter,” Bash said. “That’s two counts for each of the 44 innocent victims who were shot by the attacker. Both those who survived and those who did not. As well as two additional accounts for one of the other people he attempted to kill.”

The indictment alleges that on the day of the shooting, Crusius “willfully caused bodily harm” by opening fire with an assault rifle on multiple people in and around the Cielo Vista Walmart.

Crusius is presumed to have bought the weapon he used for the shooting and 1,000 rounds of ammunition off the internet.

“As the grand jury alleges, the defendant tried to terrorize an entire community,” Dreiband said. “This will not stand. The Department of Justice will continue to fight these acts of hatred both here in El Paso and across our entire country.”

The indictment further alleges that on the day of the shooting, Crusius uploaded to the internet a document he had drafted entitled “The Inconvenient Truth”.

“In that manifesto, he called the attack a response to ‘the Hispanic invasion of Texas.’” Bash said. “He claimed to be defending the United States from ‘cultural and ethnic replacement brought on by the invasion’. As I’m sure all of you know, the attack deeply scarred this community.”

The federal indictment is on a “parallel track” with a state investigation that has already delivered an indictment, an investigation in which El Paso County District Attorney Jaime Esparza announced he would seek the death penalty last September.

Bash gave kudos to law enforcement personnel on the local, statewide and federal level for effective cooperation in this case. Quesada illustrated how the FBI contributed to this cooperation.

“Notably, more than 130 FBI personnel coming from our FBI headquarters and other field offices throughout the nation directly supported this investigation, in addition to over 250 personnel from the El Paso FBI office,” Quesada said. “Our victim services unit, whereas we like to refer to them our ‘angels on the ground,’ immediately deployed the full range of their expertise with those of their partners to meet the direct needs of the victims, families and witnesses, and more importantly, they continue to do so today.”

The Prospector staff may be reached at [email protected]