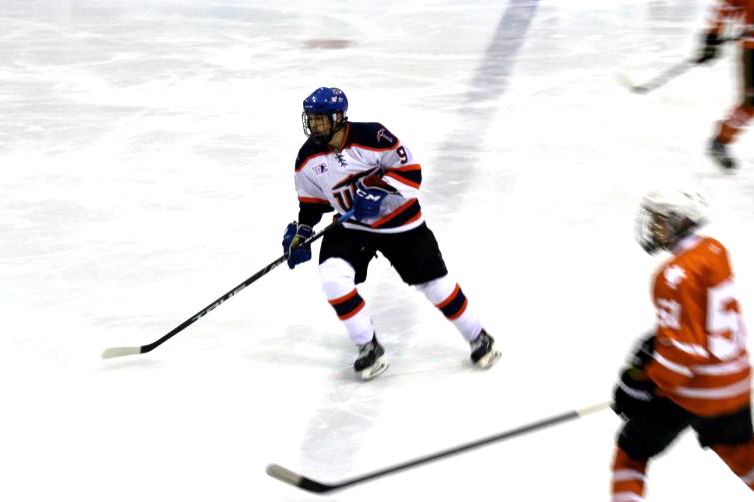 The 2019-2020 regular hockey season has ended for the UTEP hockey team with a 24-4 record and now the team heads with a ton of momentum into the Texas Collegiate Hockey Conference (TCHC) playoffs.

The defending TCHC champions are coming off a series sweep against Texas Tech University, defeating the Red Raiders 16-2 in game one and 8-1 in game two.

Ten different Miners scored for a combined 24 points through the two games.

The Miners went 17-3 in conference play and earned first place in the south division of the TCHC, which earns the squad a first-round bye of  the TCHC playoffs. UTEP started off the season 13-0 and did not have a blemish on its schedule until its shutout 7-0 loss against Northern Arizona University. Home ice advantage was evident this season as the squad had just one loss at the El Paso County Events Center going 13-1.

Sophomore forward Austin Simpson’s  72 points and 33 goals led the Miners during the season. Simpson’s points scored  is second best in the TCHC. Simpson also had two five-goal performances this season in the Miners’ 11-4 win over Arizona State and its 8-1-win over Texas Tech.

In the TCHC championship run last season, Simpson was named the TCHC Most Valuable Player and the TCHC All-Conference first team.

Earlier this season, the team ranked eighth in the American Collegiate Hockey Association in the west region.

The Miners were solid on the ice this season scoring 180 points, which is second best in the TCHC.

Heading into the playoffs, the Miners could end  with a TCHC championship for the second season in a row. With a TCHC tournament championship, the Miners would earn an automatic bid to the American College Hockey Association Western Regional Tournament.

Last season the Miners fell in the first round of the tournament against Utah State.