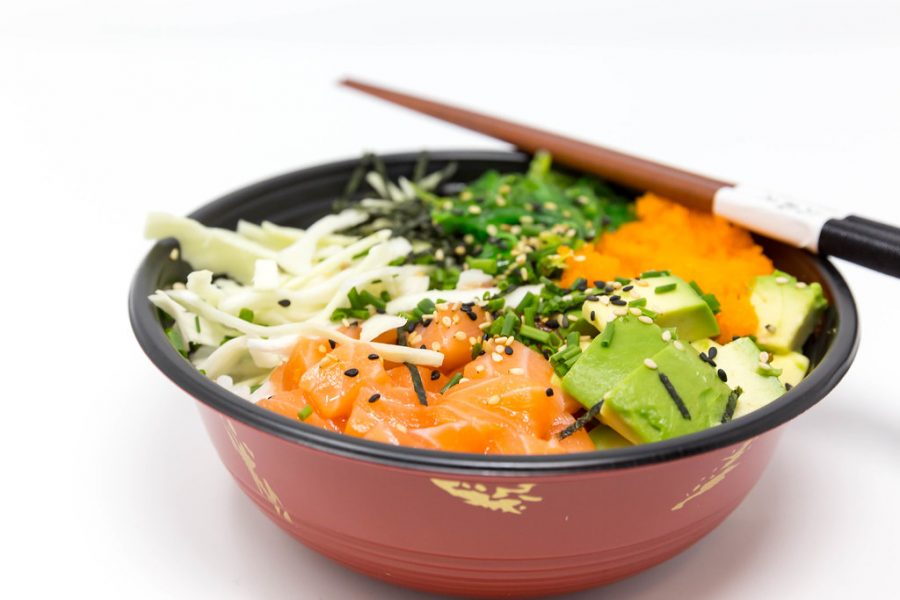 Poke is diced raw fish served either as an appetizer or as a main course and is one of the main dishes of Native Hawaiian cuisine.

Poké. You’ve seen it, probably eaten it and maybe even assumed you know all there is to it, but there’s a lot more to poké than just a different take on sushi.

Poké is a dish residing of ancient Hawaiian origin.  In an article written by Mari Taketa for the Hawaiian Airlines website, she says “Poké’s come a long way from its origins in pre-contact times, when ancient Hawaiians feasted on freshly caught fish massaged with sea salt, seaweed and crushed inamona or kukui nuts.”

Poké is Hawaiian but it is also influenced by Asian culture.  In a sense, poké can be thought of as “deconstructed sushi,” where much of its ingredients are also found in sushi like white rice, seaweed and raw cuts of various fish.

Poké can be found in almost every decent sized urban populace with plenty of small food chains abundant in large cities like El Paso.

Where can I find some?

Poké locations have popped up all across town and a simple Google search can direct you to the nearest one, but being a student at UTEP, you can feel relieved knowing there is Poké3 just one west shuttle travel down Sun Bowl Drive, perfect for that in-between class lunch.

In the mood for a mix of Mexican cuisine in your poké?  El Poké sits just a block further up from Poké3 on Mesa Street around the corner of Sun Bowl.

Also near UTEP is Pokéworks, which has two locations; an eastside one on George Dieter Drive and another on the westside along Mesa Street. There is also the choice of Poké Bar also with two locations both west and east.

There are a variety of different poké shops to choose from with their own unique taste and aesthetic from which to decide.

As one might expect from the description of deconstructed sushi, poké comes in a variety of forms depending on location.

There is an array of adaptations of poké that have emerged throughout the years, but most notably is the “bowl,” the more traditional form found in Hawaii.  Any and all poké locations you visit will most likely serve it this way.

In Chuco Town, as any local resident will probably know, food always comes served “Chuco style.”  The burrito, a staple food for many Latinos, has made its influence on poké.  As you may have guessed, poké can be served in burrito form, making it an easy on-the-go meal when in a hurry.

El Poké brings a Mexican twist to poké, serving various forms and ingredients relating to that of Hispanic cultural foods such as tacos, like “shrimp taco” and “spicy tuna taco.”  Their poké bowls on the menu consist of the “La Poki,” “Cali Poke” and the “El Poke TX,” all with inclusion of Hispanic ingredients mixed in.

With popularity — fads and globalization — poké has been altered from its original native form to meet a local customs preference of taste, such as El Poké, which alters the original taste to consumers’ preference, for better or for worse.

But let’s be clear, poké is not new. It’s been around longer than anyone alive today, but only recently discovered by pop culture.