IN REVIEW: ‘Death Stranding’ addresses the need for human connection 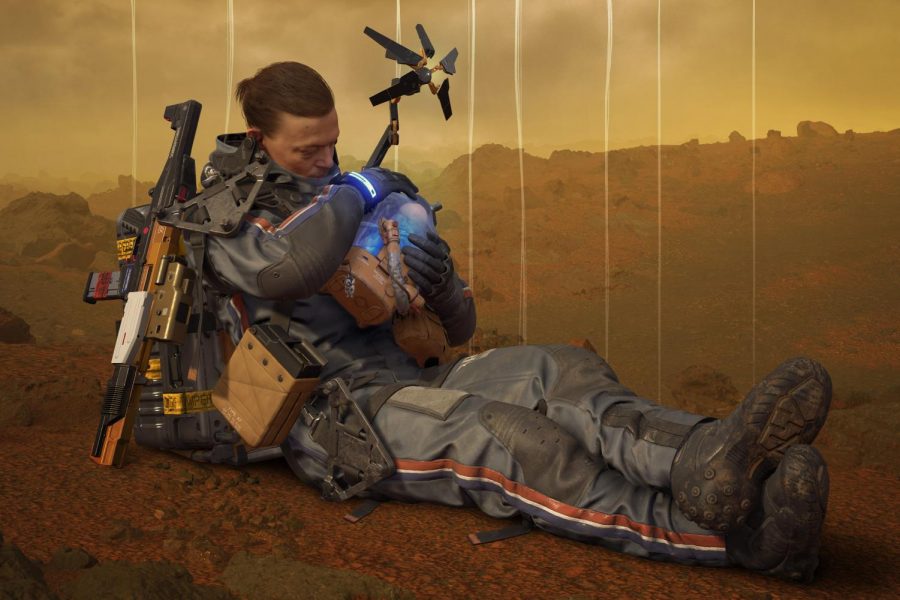 Japanese video game mogul Hideo Kojima’s PlayStation exclusive “Death Stranding” received the most nominations at The Game Awards 2019 for a total of 10 categories, winning three of them – meriting every bit of recognition it deserved.

Immediately after being introduced to the world, “Death Stranding” became one of Kojima’s highly anticipated projects after fans were disheartened over the cancellation of “Silent Hills,” a horror game introduced as a playable teaser, or P.T.

The demo was released as a free download in the PlayStation Store back in 2014, immediately receiving glowing review by gamers. A year later, Japanese video game publisher and conglomerate Konami called for its cancelation and removed it from the PlayStation network.

The reason for the cancellation still remains unclear.

Moving forward, Kojima continued developing videogames in conjunction with actor Norman Reedus, most notably recognized for his recurring role as Daryl Dixon on AMC’s “The Walking Dead” and director Guillermo del Toro known especially for his films “The Shape of Water” and “Pan’s Labyrinth” to name a few.

However, following Kojima’s falling out with Konami, his project got the plug pulled after his association with the corporation was tumultuously terminated.

Nonetheless, the relationships between Kojima, Reedus, and Del Toro remained persistent, despite the cancellation of  Silent Hills. The team persisted in producing something beautiful that fans could hold onto.

Before “Death Stranding,” Kojima created one of the most acclaimed franchises in gaming, “Metal Gear.” In the series’ fifth installment, “Metal Gear Solid V: The Phantom Pain,” Kojima gave players a way to collectively achieve something that can have a worldwide effect in the form of immersive gameplay and we see this same innovation in “Death Stranding” too.

The online mechanic in Phantom Pain consisted of building up your Mother Base, a base of operations for your playable character’s private military company. It allowed players to infiltrate each other’s bases and steal equipment and soldiers to recruit by fastening them to balloons that would then transport them to their base with the intent of increasing the power of one’s own company, aside from the usual way of completing missions and getting compensated in resources.

Additionally, players had the ability to level their company up to achieve the capability of building their own nuclear weapons as a deterrent, as well as given an incentive to disarm the nuclear weapons. Not known to players at the time, Kojima had included a secret cutscene that would only trigger once all nuclear weapons were disposed of in the game, achieving nuclear disarmament, mirroring Kojima’s real-world anti-nuke sentiment which he’s often expressed throughout the “Metal Gear” series.

In “Death Stranding,” you play as Sam Porter who is a courier tasked with reconnecting America, which is just made of scattered survivors and disconnected cities in the wake of an almost world-ending event.

The gameplay consists of traveling alone throughout the game’s world to reach people isolated from each other, delivering packages, ranging from things like much needed supplies, to leisure items like media and books, and even hand delivered pizzas.

The player can also help rebuild roads and structures to aid in not only their travels but other players as well, connecting people to each other via the “Chiral Network,” a game world parallel to the internet, created by Bridges.

The online portion of the game allows players to utilize and view structures and roads built by others on a player level basis, as a way toto help each other in their mission to reconnect America. There is no direct interaction between players other than leaving behind shared items, vehicles and helpful road signs pointing out a better route or central landmark. There is also a system of “likes” in place which serve to let other players know they’ve been helpful to you in their journey. Even when you shout in the game and another player in the same vicinity can reciprocate the shout, you will still never see them.

Despite this lack of direct or tangible communication, Kojima has made a game which fosters the concept of unification not only in the game, but in the real world. In this sense, while you are playing alone in the game, you are never truly alone.

Kojima has stated that the game was influenced by the current sociopolitical climate, and the ever-present sensation of isolation in a time of intense polarization.

He also attributes the divisiveness to how effortless communication is now due to the pervasiveness of social media. While he is absolutely by no means averse to technology, he does concede to the notion that communication is so effortless that any humanity in its transmission often becomes lost.

“We’re in an era of individualism,” Kojima said in an interview with Time magazine. “Everyone is fractured. Even on the internet. It’s all connected, all around the world, but everyone is fighting each other.”

When asked how society can change this reality, Kojima says players have that answer.

“I don’t have the complete answer,” he says. “I really want people to play “Death Stranding” and answer themselves.”

Ultimately, the name of the game juxtaposes its very intention and I believe that was executed with great purpose. Though the world of “Death Stranding” is in fact death ridden, symptomatic of the great and grave destitution it’s become resigned to, the world is still not stranded. It remains afloat and alive where the true hope lies in the way we forge and nurture our connections.

“I want players to think about these things and have the energy to live on the next day,” Kojima said.