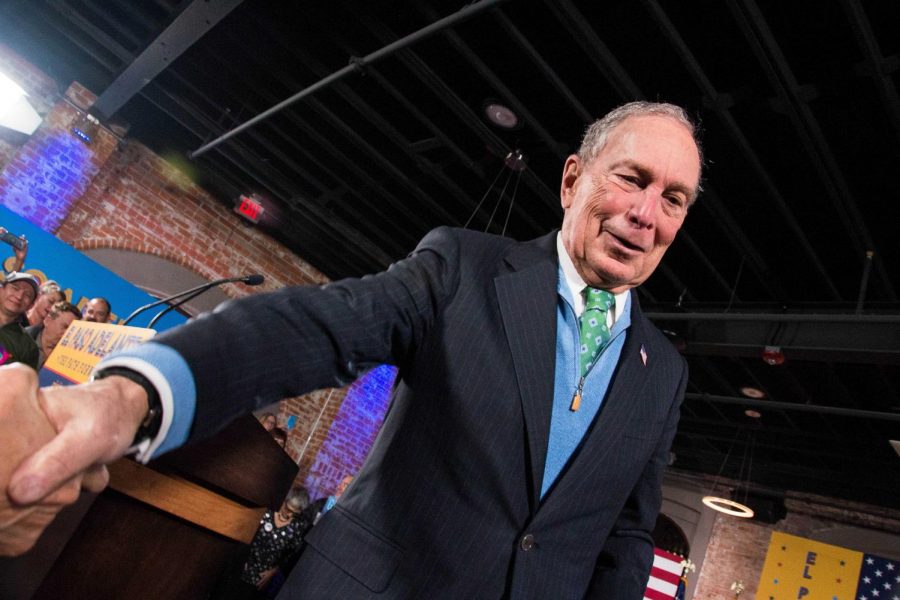 Presidential Democratic hopeful Michael Bloomberg made his first stop Jan. 29 in the Sun City, unveiling a new plan to empower Latinos should he win in November. While many other top candidates, including Bernie Sanders and Elizabeth Warren, are concentrating in early states like Iowa, Bloomberg chose to be the second candidate to open a field office in El Paso, after Beto O’Rourke stepped down from the race.  The former New York City mayor also opened offices around the state including San Antonio and Austin.

More than 100 people were in attendance to welcome Bloomberg to the border region and listen to his plans for the country, should he win the race. The evening opened with a look back to the August mass shooting in El Paso that took the lives of 22 people.

“This is not just a case of those 22 people being in the wrong place at the wrong time,” Texas Rep. César Blanco said, before introducing Bloomberg. “This is a case of an unstable president spewing hateful words and giving cover to angry people all the time.”

The alleged shooter at Walmart referenced President Donald J. Trump’s rhetoric in a manifesto he had published online prior to his killing spree. Bloomberg is hoping to help combat the rise of hate crimes, by using his three-term experience as mayor of one of the most diverse cities in the country, in order to help unite the country once again.

Besides being a focal point in regard to immigration, Bloomberg is aware of Texas and the fast approaching vote on March 3, otherwise known as Super Tuesday.  Sixteen states will go to the polls that day to help determine a candidates’ national electability and also win over delegates. Eleven Democratic candidates remain as of Jan. 31. The state of Texas holds 228 of the 270 delegates needed to win the Democratic nomination.

In 2018, Bloomberg supported several Democratic candidates throughout the country that won elections to help turn the house majority back to the Democrats. While the other candidates are focused on the Iowa caucus on Tuesday, a national poll released this week by Zoby lists Bloomberg as the only Democratic candidate leading Trump nationwide.

“The biggest reason we won those races was due to voter turnout,” Bloomberg said. “Republicans know that and that’s why they passed so many voter suppression laws that are designed to lower turnout, especially in Latino communities.”

The state has been voting Republican for more than two decades and, until recently, consistently listed as the lowest in voter participation nationwide. Bloomberg is hoping to build upon Beto O’Rourke’s initiative of turning the non-voting state to a blue state by making new voter registration a priority of his campaign.

Newly eligible voters will be a big part of that focus. On the surface, it is difficult to see how a self-made billionaire would appeal to millennials. Not long after announcing his candidacy, Forbes listed Bloomberg as one of the richest men in the world with a net worth of more than $54 billion. He has completely self-funded his campaign, spending more than $200 million in the first two months since launching it last November. He is a philanthropist donating billions to causes, including climate change, scholarships at top institutions and gun control.

Bloomberg has stated he is willing to spend more than a billion to defeat Trump, whether as a Democratic nominee or otherwise.