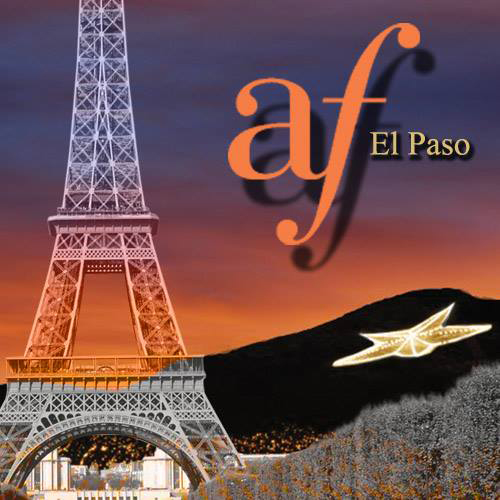 The Alliance française is the largest network of French language and cultural centers in the world.

The Alliance Francaise, meaning “French Alliance,” is a cultural organization that was founded more than 100 years ago in Paris to champion French culture, traditions and the French language, reaching cities throughout the world, including El Paso.

Governed by a five–member board, the “Alliance Francaise d’El Paso” which is the El Paso chapter of the international organization, hosts various events throughout each year to educate locals on French culture.

According to Treasurer Josette Shaughnessy, French culture is more than just its language and this understanding is something that the Alliance continually pushes for.

Founded in 1964, this local organization has had both Shaughnessy and Maud Snell serving as president and treasurer. Both occasionally switch roles due to their expertise and legacy.

The board also includes Hilda Kelley, a retired educator, serving as vice president; Jane Evans, chair of languages and linguistics and associate professor at UTEP, serving as secretary; and Jerome Dumeusois serving as coordinator of schools and advertising.

The Alliance has been teaching residents in the area French for more than 20 years through informal schooling.

“We don’t have a local building, but we count with partnerships with our communities and we teach advanced, intermediate, and beginner French classes when we have enough enrollment,” Shaughnessy said. “So, the goal is to get enough students to join us so we can offer classes at a low cost but at a breakeven point for the Alliance.”

Within the past decade, the Alliance has seen its membership decline but nonetheless, it continues to promote engaging events.

“It is always a struggle because people want to learn French, but it is not necessarily their priority and we have to make sure we are able to provide,” Shaughnessy said.

Evans points out that some students enroll in the Alliance’s French classes because they are planning a trip to France.

To fund the operation, the organization fundraises throughout the year while still trying to provide events that are free to the public.

“A lot of people who don’t attend a lot of events through the year come to our big Christmas party and we try to include the French speaking community from Las Cruces and, of course, local El Pasoans as well,” Evans said.

“In January we usually have a celebration called the feast of the kings, like they have the rosca in Mexico and the French have the circular cake called Gallete des Rois,”Evans said. “We try to have a major event every month or every six weeks to promote this rich culture.”

One of their upcoming events to celebrate Mardi Gras is a costume event called Ball Masque. The event will take place in late February at the Centennial Banquet and Conference Center.

“The Ball Masque will have a full dinner, prizes for costume, and a live band called Jazz Unlimited,” Miller said. “It will be a nice event.”

With a membership of 150-200 people, the Alliance is accessible for any locals who wish to embrace and understand the French culture.

“El Paso is an international city, so being an international city, you want to have a presence of the French culture or any culture,” Shaughnessy said. “I think it’s important for people not to have stereotypes and biases. You have so many communities here in El Paso and that is the only way that you can bridge understanding, by getting to know that legacy.”

Victoria Almaguer may be reached at [email protected].