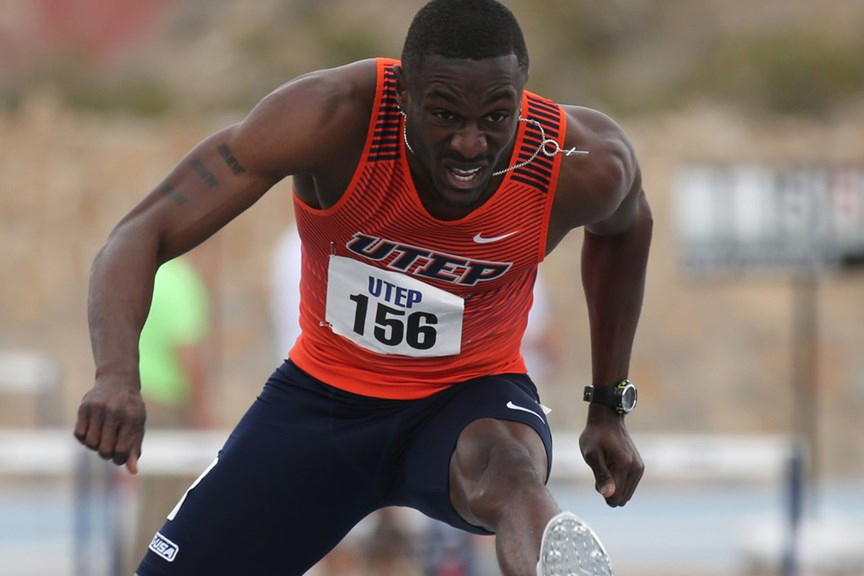 The UTEP track and field team completed its first indoor event with a successful Saturday showing at the Texas Tech Corky Classic in the Sports Performance Center.

For the second straight year, the UTEP men’s track and field team swept the top three spots in the 3000-meter run at the Corky Classic in Lubbock, Texas. Freshman sensation Titus Cheruiyot took first place in the long-distance event with a close victory over teammates sophomore Rogers Korir and junior Boaz Ronah. Cheruiyot, in his first indoor competition for the Miners, ran the distance in a time of 8:42.53, just edging Korir (8:44.44) and Ronah (8:47.70). A star for the cross-country team who won two meets and qualified for the NCAA national championships, Cheruiyot will be an anchor for the long-distance runs.

Ronah won the event last year, followed by teammates Korir and junior Cornelius Kapel, who finished a distant 11th this year. Korir followed up his strong performance by running away from the field, winning the 5000 meters by 16 seconds over teammate Ronah. Both athletes were the only participants to run both events at the classic. Freshman Kayn Quinones finished fifth in his first meet.

Junior Caroline Chepkosgei dominated the 800-meter run winning with a time of 2:12.22, which was over 9 seconds less than the second-place finisher. Coming close to sweeping her events of the weekend, Chepkosgei came up short in a narrow loss in the 1000 meter run just a little over a second off the first-place finisher.  Winner of last year’s 1000 meter, Chepkosgei was a silver and bronze medalist in these events at last year’s Conference USA’s championships.

Senior Shakeem Smith narrowly broke the 20-year-old school record in the 60-meter hurdles that were held by Lee Mays (7.91) with a time of 7.90. Previously Smith’s fastest time was 7.95 at the Conference USA championships in a preliminary race.

Running a personal best time of 1:09.5 senior Sean Bailey came in a close second in the 600-meter run for a second consecutive year. Bailey ran a 1:10.07 last year in the event losing by about half a second. A bronze medalist in the 400-meter dash at the conference championships last season Bailey is the top sprinter for the Miners.

In the men’s 1000-meter run freshman Kenneth Talavera lost in a photo finish by two-hundredths of a second with a time of 2:31.31. Cheruiyot finished fourth a tenth of a second slower with four runners, all crossing the finish line within a third of a second apart.

Finishing seventh in the 60-meter hurdles was sophomore Maribel Caicedo running her slowest time as a miner in the final.

Sophomore Samantha Cordier finished in the top 10 in both the shot put and weight throw. Joined by fellow sophomore Kayla Larry, who finished eighth in the weight throw, Cordier edged her teammate’s throw by .11 of a meter to finish one spot ahead of her.

In the men’s shot-put, junior Benjamin Coronado finished sixth with a distance of 15.46 meters while also finishing eighth in the weight throw.

With a somewhat disappointing eighth-place finish in the women’s 3000-meter run senior, Linda Cheruiyot finished almost 41 seconds behind the winner. The Conference USA individual champion in the event finished 10th in her first event last season at the New Mexico classic before winning her next two events with her times getting consistently faster.

“Typical opener for the season, mixed bag. We got a little bit of everything,” UTEP Head Coach Mika Laaksonen said. “The men’s team definitely looked better than a year ago. We even got one school record, which is unusual in the first meet of the year. We’re proud of Shakeem Smith, who broke a 20-year old school record in the 60m hurdles.”

The Miners will next participate at the Dr. Martin Luther King Jr. Collegiate Invitational Jan. 24-25 in Albuquerque, New Mexico.