Concerts to look forward to this semester 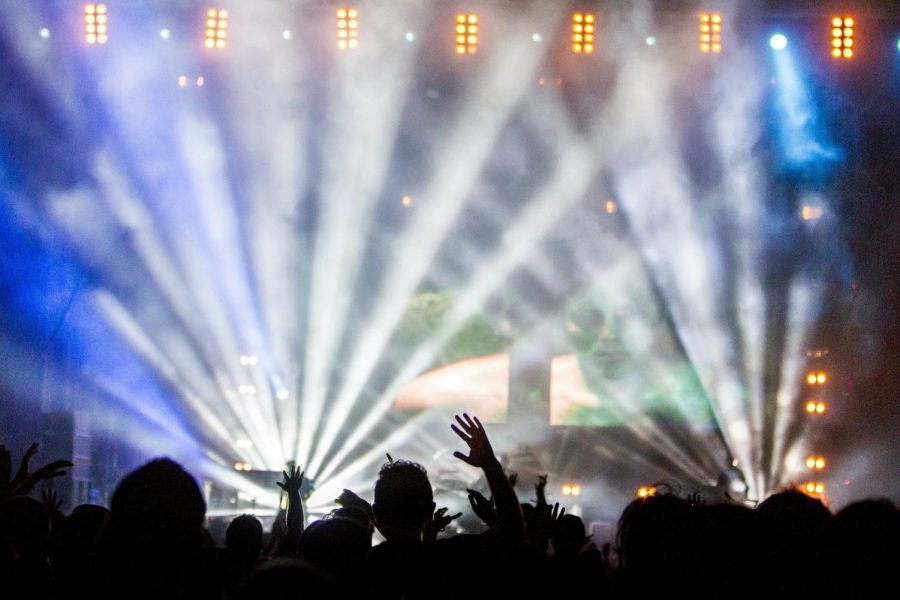 The beginning of a new decade is here with 2020 bringing a variety of fresh, new voices, comeback tours and new music. El Paso is ready to rock and roll all night in the coming months ahead at venues throughout the city. Check out The Prospector’s list of concerts our reporters will cover this spring semester.

The Green Door Event Center presents the dance electro house project, Bingo Players, originally formed by the Dutch duo Maarten Hoogstraten and Paul Baumer, now a solo act by front man Hoogstraten after Baumers’ passing in 2013. Known for their hits, “Cry (Just a Little)” and “Rattle,” Bingo Players will be performing in El Paso, January 23rd at 9 p.m. presented by Rabbit Hole, GhoztVibz, Lycan G and Mad House of El Paso. Local support is yet to be announced and the event will be open to ages 16 and up.

Following the family, musical tradition, daughter of Mexican-American singer Pepe Aguilar, Angela Aguilar, will be returning to El Paso to perform at the Abraham Chavez Theatre, Saturday, Feb. 15 at 8 p.m. Gaining notable recognition for “La Llorona,” Aguilar released a debut solo album, Primero Soy Mexicana, in 2018 and was nominated for a Latin Award and two Latin Grammy Awards, becoming one of the youngest artists to be nominated. Tickets are available online.

American country music singer and songwriter, Alan Jackson will be performing at the UTEP Don Haskins Center, Friday, Feb. 21. The singer is known for his “traditional country” musical style and is best recognized for songs such as, “Chattahoochee,” “Where Were You (When the World Stopped Turning.) Born in Georgia, the artist moved to Nashville, Tennessee to pursue a music career, becoming one of the best-selling music artists, with the release of 16 studio albums throughout his career. Jackson has been honored with over 45 awards by organizations such as the Academy of Country Music (ACM) and has earned two Grammy Awards and 16 Country Music Association (CMA) Awards. Tickets are available online.

American Rapper, ‘Pitbull’ will be performing at the Sun City on Saturday, Feb. 22 at the El Paso County Coliseum. Known for hits like, “Fireball” and “On the Floor,” the singer will be returning to El Paso after previously performing in 2016 with featured artist, Prince Royce during the Bad Man Tour. Tickets are available at Ticketmaster outlets, Ticketmaster.com and the Coliseum Box Office.

Formed in 2002, in Cheshire, England, the 1975 is an English pop-rock band consisting of lead vocalist and rhythm guitarist, Matthew Healy, lead guitarist Adam Han, bassist Ross MacDonald and drummer George Daniel. The band released their self-titled debut album in 2013, featuring hit singles, “Sex,” “Chocolate,” and “Robbers,” which reached them at No. 1 in the UK. In 2016, their second album titled, I Like it when you Sleep, for you are So Beautiful Yet So Unaware, which reached No. 1 both the UK and the US. With a fourth upcoming studio album titled, Notes on a Conditional Form, that is scheduled to release in Apr. 24, 2020, the band will be performing at the UTEP Don Haskins Center, Sunday, May. 3 at 6 p.m. Tickets are available online.

As Classical music’s most prominent representative, renowned Israeli musician, Itzhak Perlman, who taught himself to play the violin with a toy fiddle until receiving an education at the Conservatory and the Academy of Music, and later moving to America to continue his studies at Julliard, will be performing in El Paso during for a final tour. Following the release of 11 albums and multiple sold-out, world-wide performances, the musician is known for performing the theme music to Steven Spielberg’s critically acclaimed film, Shindler’s List. Perlman has been granted a National Medal of Arts, a Grammy Achievement Award and a Presidential Medal of Freedom, a Kennedy Center Honor and was presented with the Nation’s highest civilian honor, by President Barrack Obama. The recital will begin at 7:30 p.m. and tickets are available online.

Referred to as the ‘Goddess of Pop,” Iconic Diva and music legend, Cher will be taking the spotlight Friday, Mar. 6 at the UTEP Don Haskins Center, following a successful career that has granted her multiple roles within the entertainment industry. After a six-decade career, Cher rose to stardom as part of a singing act with her ex-husband Sonny Bono then establishing a solo-career that has resulted in 26 studio albums. The iconic diva is also recognized for her acting role in the 1987 romantic comedy, Moonstruck. As the seventh solo concert Tour, the artist kicked off the Here We Go Again Tour in September 21, 2018 in support of her twenty-six-studio album Dancing Queens. The tour will conclude on May 6, 2020.

American band, the Growlers will be performing in El Paso at the Lowbrow Palace, Sunday, Mar. 8 following the release of their newest album, Natural Affair. The “surf,” garage rock band formed in Dana Point, California in 2006 is known for their self-described, annual “Beach Goth” festival which features a variety of acts from, pop, metal to hip-hop. Doors open at 7 p.m. and tickets are available online and at the door.

Ranked by MTV as the “Greatest Metal Band of All Time”, placing ninth in VH1’s “100 Greatest Artists of Hard Rock,” as well as being ranked as the third “Best Metal and Hard Rock Band Live of All Time” by Loudwire, KISS announced the final KISS concert in the “End of the Road World Tour” in 2020. The rock legends are best known for their hit songs, “Rock and Roll All Nite,” “Detroit Rock City,” and “I Was Made for Lovin’ You.” The band will be performing in El Paso one last time at the UTEP Don Haskins Center, Monday, Mar. 9, featuring Van Halen front man now soloist, David Lee Roth. Tickets are available online.

Rage Against the Machine

American Rock band, Rage Against the Machine has confirmed their reunion after an eight-year hiatus, announcing a series of dates for their reunion tour in 2020, including back-to-back shows in El Paso and Las Cruces.  From Los Angeles, California, the band formed in 1991, consisting of vocalist Zach de La Rocha, bassist and backing vocalist, Tim Commerford, guitarist Tom Morello and drummer Brad Wilk. The band has been nominated and awarded for Best Metal and Hard Rock Band Performance as well as Hall of Fame, Heroes of the Year and the latest nomination in 2019 with Rock and Roll Hall of Fame. The band will kick off its tour in El Paso, TX on Thursday, Mar. 26. Venues and details are yet to be announced.

Professionally known as ‘Prince Royce,’ the American singer and songwriter will be returning to the El Paso stage at the El Paso County Coliseum, Sunday, Mar. 29. The bachata artist who was raised in the Bronx, New York, has appeared in Latin television and has received multiple nominations and awards for his contribution to the music industry with the release of 5 studio albums throughout his career. The artist is known for various hit singles like, “Stand by Me,” “Corazon Sin Cara,” “Darte un Beso,” “Incondicional,” “Stuck on a Feeling,” featuring Snoop Dog and “Back it Up,” featuring Jennifer Lopez and Pitbull, charting the Billboard Hot 100. Doors open at 6:30 p.m. and tickets are available at Ticketmaster outlets, Ticketmaster.com and the Coliseum Box Office.