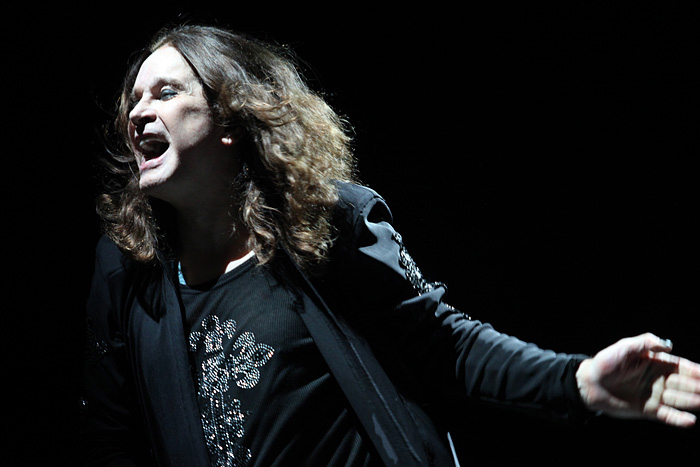 The year 2019 was a rollercoaster for music with several bands getting back together, a lot of others touring and with the saying of goodbye to some influential musicians, but 2020 looks to be an ambitious year for musicians – Ozzy Osbourne, or “The Prince of Darkness,” in particular.

Osbourne has already been making waves by being featured in Post Malone’s latest album “Hollywood’s Bleeding” on the track “Take What You Want“. The track also features Travis Scott and was performed live at the American Music Awards.

Since then, Osbourne has released three singles, “Under the Graveyard“, “Straight to Hell” and “Ordinary Man“, the latter of the three featuring  legendary Sir Elton John.

In a Twitter post, uploaded by the Elton John AIDS Foundation, they gave a special thank you to the dark couple Ozzy and Sharon Osbourne for their support toward the foundation throughout the years.

The vital work we do at @EJAF is only possible thanks to the help of our marvellous supporters.

The importance of a shared vision when it comes to reaching our goal to #EndAIDS by 2030 cannot be overstated. https://t.co/2xL9YIJamz

The Prince of Darkness has been releasing new music to promote an upcoming long play album – the first solo release since 2010’s “Scream (Expanded Edition).” Details about the album have surfaced with updates from UltimateClassicRock, stating that the album will be released on Feb. 21 of this year and be released through multiple physical formats.

All formats will include a special code that can enter you into a chance to win several prizes, one of which includes a laminate that will grant access to any Osbourne show of the tour in 2020. In the article, Osbourne stated that “this is the greatest album I’ve done.”

The album will include several collaborations, including Elton John, Slash, Duff McKagan and Chad Smith.

The Black Sabbath frontman states that he started working on the album after he took a serious fall late last year. Osbourne had a rough 2019 grappling with his health after suffering a potentially deadly staph infection, fighting bronchitis and pneumonia stemming from flu complications and breaking his neck.

Early this year, Metalheads were in shock after an article published  on Radar online claimed that the singer was on his deathbed. “Ozzy just lies in bed all day, moaning in pain 24/7. He doesn’t know his family half the time and once mistook Sharon for a total stranger, asking “Who are you?'” the source in the article said.

The article was disputed after an enraged Kelly Osborne, daughter of Osbourne, came out publicly responding through Instagram stories, “Today I had a wonderful start to 2020. I went out to lunch with my family. Then I spent the rest of the day laughing and hanging out with my dad. I come home to read sickening articles about my dad supposedly being on his ‘death bed’, sometimes the media makes me sick! …”

It’s no surprise that Osbourne has had a crazy past, but when the day comes that he does pass, fans worldwide will be devastated.

According to Metalheadzone, wife Sharon Osbourne stated in her talk show “The Talk” in the summer of 2019 that she wanted   biopic by herself, saying she wanted it to be a tear-jerking movie of her husband and not a “cliché sex, drugs, and rock and roll” flick.

The bat-biting legend is expected to have a great 2020 and fans are excited to experience the darkness.