OPINION: Wars in the Middle East have always been about oil 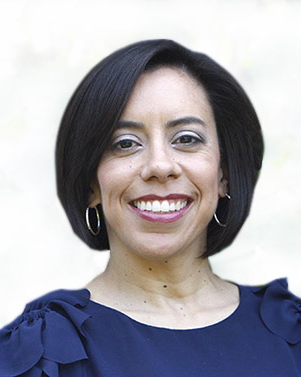 Only the second day this new decade began, we were hit with the alarming news that U.S. President Donald J. Trump had ordered the killing of Qassem Soleimani, Iran’s leading military figure. The drone strike that resulted in his assassination plunged the Middle East into crisis. Protests erupted in Tehran, with Iranians shouting, “Down with USA” and burning American flags. National news in the U.S. switched from the impending impeachment trial to the worries that our country was on the brink of war.

Trump claimed Soleimani’s murder was justified because the Iranian leader had been planning “imminent attacks on multiple U.S. embassies.” Members of U.S. Intelligence community were quoted shortly after contradicting those claims. After Congress received the intelligence briefing from the White House, Republican Senator Mike Lee of Utah called it, “the worst briefing I’ve seen, at least on a military issue in the nine years I’ve served in the Senate.”

To understand the conflict in Iran we would have to go back to the 1950s and the U.S. CIA-backed coup that overthrew a left-wing nationalist, Mohammad Mossadegh, who had nationalized Iran’s oil. Operation Ajax was born, one that supported a brutal dictatorship in the country through to the ’70s. This would later lead to the siege of our embassy in Tehran in 1979 that took 52 American hostages and held them for 444 days. The details and political unrest that would unfold is far more than one can explain in 800 words, but it’s important to recognize that this latest unrest did not happen because of one nuclear deal.

Soleimani’s killing did not start this latest conflict, but rather ignited it. Trump’s decision to respond to an Iran-backed militia group that attacked a military base in Iraq, killing an American contractor, began the week of violence that ensued from both sides, with Trump tweeting, “Iran will be held fully responsible.” After Soleimani’s death, he further threatened to attack 52 Iran cultural sites in reference to the 52 hostages in 1979, something that is considered a war crime by the International Criminal Court. He later retracted the threat.

The wars in the Middle East have always been about oil. As we face the biggest energy crisis in our nation’s history, our dealings during the past few decades with Israel and Syria, to the war in Iraq, all lead us back to the flow of the oil fields in the region and who controls them.

I remember watching the “Shock and Awe” footage in 2003, of the U.S. invasion of Iraq. The first-time images from war had been aired live on television, as if the country was watching the latest Hollywood action flick. This was different, true to its title; it was  shocking to see the horrors of war in real time. This war was not about imminent threats to our freedom, as the Bush administration falsely claimed to Congress. The true cause of the war was staring at us in the face every night on the evening news. Cameras fixated on oil fields burning, as the sky turned black and soldiers were covered in soot as if working all day in a coalmine.

Just two months prior to the drone strike a few weeks ago, the New York Times reported oil fields with more than 50 billion barrels of crude oil were discovered in Iran. Iran President Hassan Rouhani announced the barrels added to the roughly 150 billion the country has in reserve.

The Trump administration had reinstated economic sanctions in 2018, intended to hit Iran’s oil exports especially.  The move hit their economy hard, further tensioning relations and launching violent protests within the country leading up the current unrest.

Rouhani responded to the assassination with a final answer to kick all U.S. forces out of the region. Iran launched retaliation strikes against U.S. military bases, though no U.S. military members were killed, several were injured. Within days of those strikes, a Ukrainian passenger plane was mistakenly shot down by Iranian military forces, killing all 176 on board. After growing evidence from credible news sources, including the New York Times, Iran took responsibility for the horrible mistake and stated it did not seek war.

Meanwhile, back in the States, the House voted on a measure to restrict Trump’s war-making powers, and that of any future president. While the measure sits in the Senate, Trump announced he would back away from any further action, as the country and our international allies exhale a sigh of relief.

The nation has since reverted its attention back to the impeachment trial of the president, which begun last week in the Senate. Still, the threat of war with Iran will forever remain until economic sanctions are lifted, our reckless foreign policy is changed, until we recommit to the nuclear deal and return our focus to developing alternative energy resources. Without any effort to move towards any of those resolutions, violence and power struggles will forever remain in the region with the threat of war hanging by a thread.