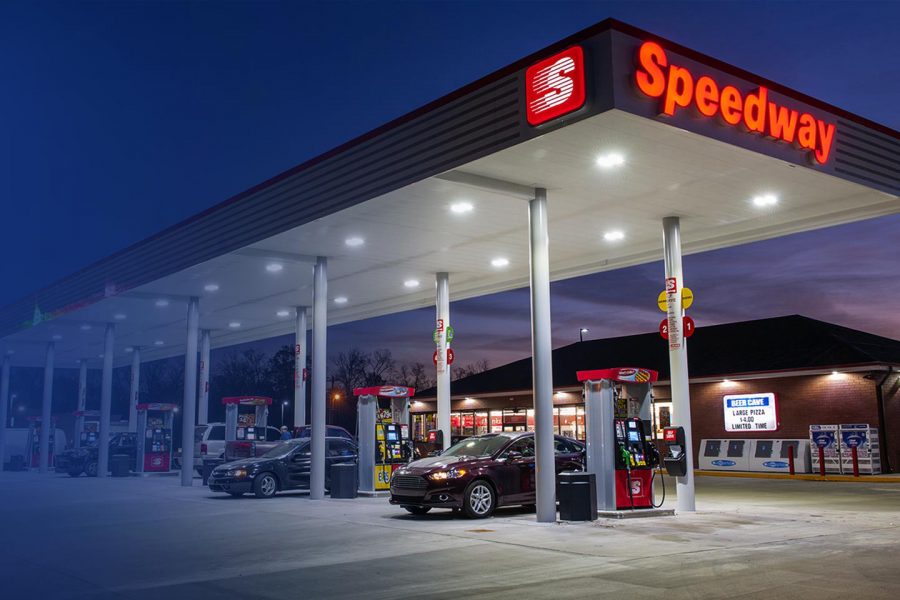 As El Paso residents make their way through town, they may have noticed the change in what used to  be Howdy’s gas stations, now turned into Speedway convenience stores. The change comes after several mergers within the oil business, including a $23.3 billion dollar deal between Marathon Petroleum Corporation (MPC) and Andeavor that came into effect in October of 2018.

The first set of mergers came in 2017, when the San Antonio–based petroleum company Andeavor, purchased Western Refinery from its owner at the time, El Paso billionaire Paul Foster. With the sale of Western Refinery, came all Howdy’s gas stations, which the company had been managing since 2011.

Looking to expand to the West Coast, in October of 2018, MPC, who also operates all Speedway gas stations as one of its primary branches, acquired Andeavor in a $23.3 billion-dollar merger. The merger combines all of Andeavor’s refineries in the west and retail markets like Shell, Exxon and Mobil.

“This transformative transaction is a significant milestone in our company’s more than 130 year history,” said MPC Chairman and CEO Gary R. Heminger back in April of 2018, when the deal was first announced to the public. “MPC is now the leading refining, midstream and marketing company in the U.S. and is well-positioned for long-term growth and shareholder value creation.”

This merger expands MPC’s operations from coast to coast, as Andeavor’s refinery presence in the Mid-Continent and Pacific Northwest add to MPC’s Gulf Coast and Midwest markets, making the combined company the number one United States refinery with the capacity to produce more than three million barrels of oil per day.

In addition, with the intention of spinning off Speedway into its own company, the store would go from owning and operating approximately 3,000 convenience stores to what would ultimately grow to be 8,800 nationwide stores.

“Today’s announcement to separate Speedway will create a new independent company that is well-positioned to achieve sustained growth and create substantial shareholder value,” Heminger said in a 2019 statement. “We have built Speedway into an exceptional business.”

Through this, MPC would be creating the second largest independent gas station chain in the U.S. after Couche-Tard, the company that owns all Circle K stores. But the new change does not only mean changing the signage outside, Speedway plans to re-invent some of Andeavor’s practices, including the food service found inside stores, as Speedway looks to control more of its supply chain.

“We change all the point-of-sale, the back-office systems, we install our loyalty program, there is extensive training of employees on new systems and procedures,” Speedway President Tony Kenney told Convenience Store News. “What’s really happening inside the store is much more complex than just the appearance — the things that you see from the outside perspective, the painting and things like that.”

Speedway will focus on continuing the success of old practices done by Andeavor, such as the company’s primary focus on fuel, while equally focusing on creating some of its own in order to insure the best transition and service for customers.

“We are able to bring a lot of our knowledge and learnings and relationships that we have with CPG companies and vendor partners,” Kenney said. “We have a strong loyalty program. We want to leverage that. There will be some best practices brought from the Speedway side as we continue to integrate the Andeavor stores.”