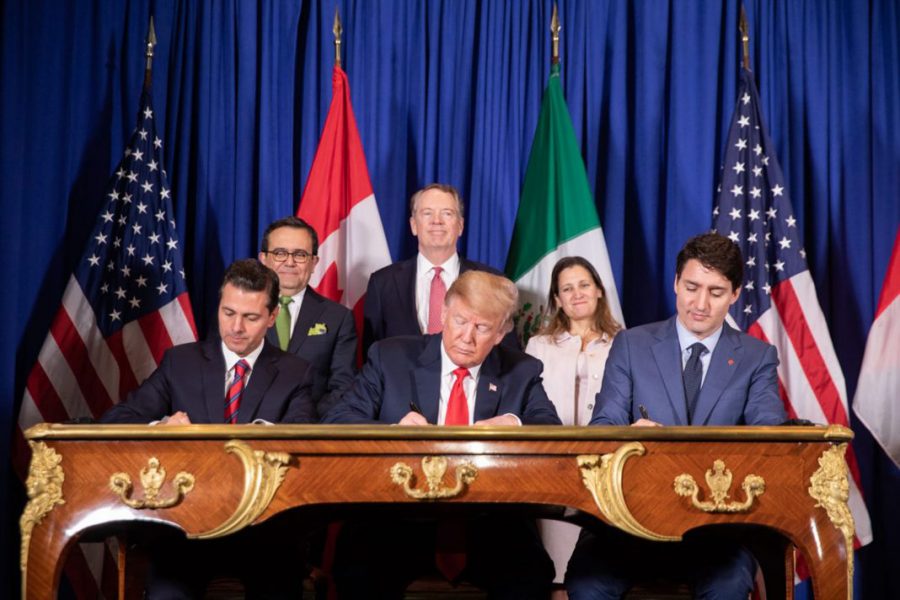 Recent research from the Border Region Modeling Project (BRMP) through the University of Texas at El Paso reveals that the border region encompassing El Paso, Las Cruces, Ciudad Juárez and Chihuahua, will benefit economically from the new U.S.-Mexico-Canada Agreement (USMCA) which was decisively approved by the Senate less than a week ago.

The BMRP is a yearly economic study that has been published since 1998 and, according to Steven Fullerton who is a staff economist and associate director at BRMP, is composed of 255 equations containing variables from the housing, labor and commercial markets.

Some significant predictions that the BRMP makes for the forecast period from 2019 to 2021 is that “employment growth is projected to slump” this year and that “automobile registrations are expected to accelerate in 2019 and surpass 698,000 by 2021.” The report also highlights that “health care services is likely to post the fastest rates of expansion.”

Along with the several projections that the report makes, it also addresses the forecast of upside and downside risks like “natural disasters, trade wars and policy inconsistencies.”

“Approval of the new USMCA trade agreement has stabilized the regional outlook and reduced threat of continental supply chain ruptures that would have likely resurrected 1970s-style stagflation,” the forecast risk section in the report said.

Fullerton says that the new USMCA trade deal will stabilize the region’s economic outlook by stimulating commercial activity in the area.

“The USMCA gives our region an advantage by allowing companies to expand into our area. Those new companies produce skilled jobs on both sides of the border. Those skilled jobs enable workers to spend those earnings in our region, which helps retail sales and boosts our border economy,” Fullerton told The Prospector. “On top of that, there will be a need for additional industrial space for those IMMEX plants that will be producing each product, which increases the need for construction jobs.”

According to Industry Weekly, the Mexican program, Industria Manufacturera, Maquiladora y de Servicios de Exportación, or IMMEX, “is defined as an instrument to temporarily import goods and services that will be manufactured, transformed or repaired, and then re-exported without payment of taxes, compensatory quotas, and other specific benefits.”

Fullerton explains that this back and forth — export and re-export — of electronic and automotive components between Mexico and the U.S. is a huge job creator and is inherently why trade policies like the USMCA play a significant role.

“A lot of these moving pieces, including those electronic products, get built in Juárez that, in turn, come over here and try to pass inspection,” Fullerton said. “Then they send them back to complete the rest of that component.”

The USMCA’s expected impact on industrial space for IMMEX plants, coupled with its requirement that 75 percent of the content of passenger and light vehicle trucks be made in North America by 2023, is poised to stimulate the border economy once it is fully ratified.

According to the Office of the United States Trade Representative, another advantage of the new USMCA is its new provisions on digital trade, anticorruption and “good regulatory practices” which are expected to affect every region, including the border.

The USMCA is awaiting signature from U.S. President Donald Trump after passing through both chambers of Congress and is likely to pass through Canada’s parliament as well, according to Vox.