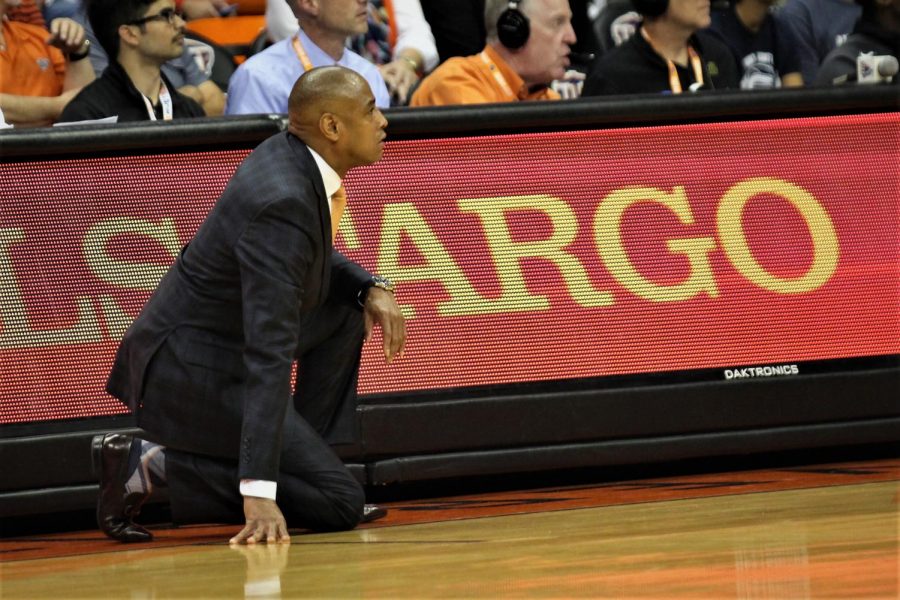 Boum and Williams were perfect from the free throw line going 14-14 and 10-10 respectively.

“The day before the game we shoot free throws for about 20 minutes and that helps a lot and just reps,” Boum said.

The Miners also improved to 9-0 at the Don Haskins Center for the first time since the 1988-89 season.

At the 7:29 mark in the second half the Miners found themselves down 52-51 after a jumper by sophomore guard Gabe Watson. Watson finished with a team high 18 points, with most of the guard’s buckets coming off mid-range jumpers. The Miners muscled a tough defensive effort and went on a solid 12-1 run to put the Golden Eagles away.

“We knew we were going to get a tough team in Southern Miss, and we knew Watson was a quality scorer, but we knew we had to grind it out and I’m proud of my guys,” UTEP head coach Rodney Terry said. Terry returned to the bench for the first time since missing the last two games due to having a severe allergic reaction during the Miners road trip in Florida

In the first half the Miners went perfect from the charity stripe going 13-13 from the line but struggled from the field shooting 38 percent (8-21) and from the three, shooting 10 percent from downtown (1-10).

“We didn’t shoot particularly well from the three tonight but the one’s we did hit we made them count,” Boum said.

The highlight of the game came in the first half from freshman guard Deon Stroud who brought the Don down with an emphatic and-one dunk on Southern Miss’s David Mccoy.

“It’s funny cause I was actually going in the game for him but once he got that dunk coach (Terry) told me to come back,” Boum said. “Deon is a talented player and he could jump out the gym, so it didn’t really surprise me I was just excited and happy for him.”

UTEP now sets their attention on a tough Louisiana Tech (11-4, 2-1) team that is coming off an 89-73 to UTSA and heads to the Don this Saturday. The Bulldogs have yet to lose back-back games this season and are led by redshirt junior guard Kalob Ledoux (13 ppg) and senior guard DaQuan Bracey (12 ppg).

“We’re going to play a team in La Tech that is good defensively their guards are older, and they have 1,000–point scorers in the backcourt and Bracey is one of the better guards in the league,” Terry said.

“We got a good team in La Tech coming in, so we have to stay together as a team and as brothers and lock in on defense,” Williams said.

UTEP takes on Louisiana Tech at 7 p.m. Jan. 11 at the Don Haskins Center.