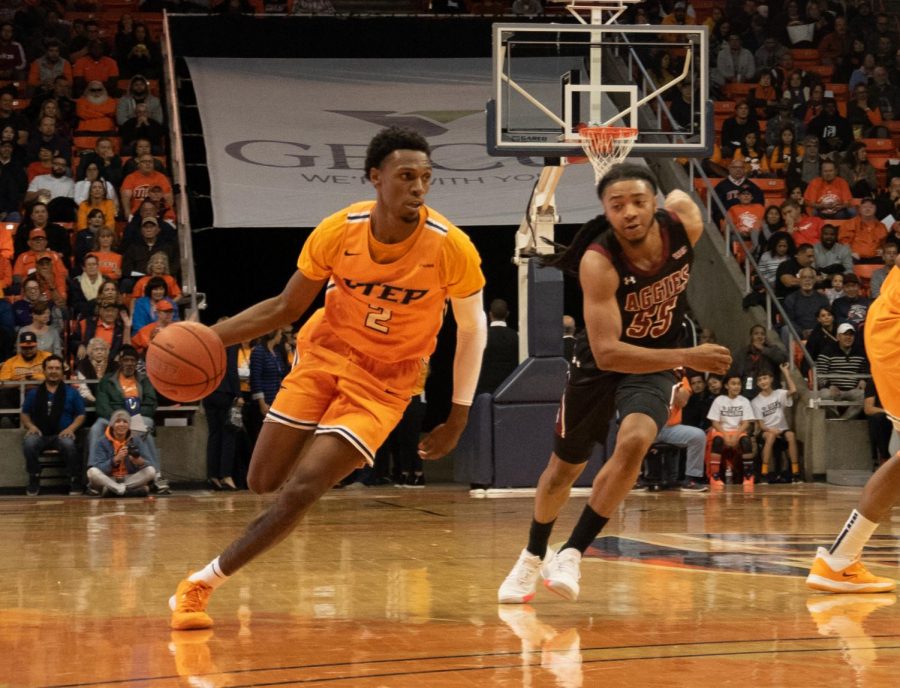 Sophomore guard Jordan Lathon will make his return to the team against Southern Miss.

In what has been a roller coaster past couple of weeks for the UTEP men’s basketball team (9-6, 0-2), a conference win can be a great step in the right direction.

Two players entered and withdrew their names from the transfer portal, head coach Rodney Terry suffered an allergic reaction on their first conference road trip, and the Miners have lost their last three games.

Head coach Rodney Tery will return to the bench after missing the last two games after being admitted to a Miami hospital due to a severe allergic reaction.

The season of high expectations is certainly going through a rough patch now, but the team returns to a place where it has been undefeated at 8-0 for the first time since the 2003-2004 season and that is at home at the Don Haskins Center.

UTEP takes on Southern Miss (4-11, 0-2), a squad that is also looking for its first conference win of the season after falling to Louisiana Tech in back-to-back games.

The Miners are led by their talented big man redshirt junior Bryson Williams behind his 18.4 points per game and efficient shooting from the field (56%). Williams has three double-doubles on the year and has shown his game is evolving with his exceptional shooting from downtown (51%).

A player that Miner fans were excited to see this season is sophomore guard/forward Kaden Archie and the TCU transfer has begun to come into his own, making his first start as a Miner against Florida Atlantic Jan. 4 and is averaging 8.4 points in his last for contests. Archie scored a career high in points (11), rebounds (five), and assists (three) against Ball State in the Diamond Head Classic.

UTEP takes on Southern Miss at 7 p.m. Jan 9 at the Don Haskins Center.