IN REVIEW: A treasure recounted in Prince’s new memoir 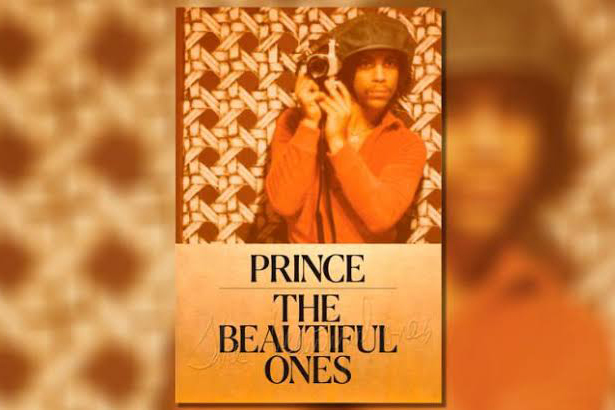 A first person account of how Prince became Prince.

“It finished too soon” was my immediate thought after reading Prince’s memoir, “The Beautiful Ones,” released early November by Random House.

This project was the brainchild of the artist himself, set in motion several months prior to his ultimate death at 57 in April 2016.  As the reader is gradually immersed into his Paisley Park world, discovering secrets of how he honed his talent to become one of the greatest superstars of our time — a handbook from the master himself — is suddenly cut short, as his life had been.

Prince Rogers Nelson was an eccentric, private, ambitious, accomplished composer and master multi-instrumentalist whose career had been launched into the stratosphere following the release of his 1984 hit album “Purple Rain.”

Writing, producing and playing many of the instruments on his albums, he had a work ethic unsurpassed by his peers. He would go on to sell millions of records, earn multiple Grammys and even an Oscar for his self-titled film, loosely based on his own life.

Loved and adored by fans and peers alike, upon his passing the publishing company, Random House, was left with the mammoth task of completing a project for an artist that rightfully had very little trust of such companies during his lifetime. Prince had signed the contract with the publisher just weeks before his death following months of negotiations.

Prince had famously battled with his record company, Warner Brothers, in the early ‘90s, over the lack of ownership of his master recordings. The fight launched an industry-wide call for artists’ rights and the ownership of their creations.

This was a battle that would be joined by fellow artists including George Michael, Mariah Carey and the King of Pop himself, Michael Jackson.

The two greats of the ‘80s had often been labeled as rivals in the press, but they actually had high regard for one another.

Prince personally chose the editor and writer of his memoir— a writer named Dan Piepenbring —who had been given the opportunity of a lifetime. Famously private during his career, the artist had rarely granted interviews. Prince had been very explicit in what he wanted his memoir to be about to the very last detail of marketing and its release.

Piepenbring had never written a book in his life. An advisory editor at “The Paris Review,” he recounts his dream job embarking on a whirlwind of concert dates, meetings and exclusive access to one of the most innovative and popular artists of all time.

Yet, a mere three months after their work together had begun, it ended. Suddenly it was left to the young editor to protect Prince’s legacy.

Piepenbring opens the book with a beautifully written introduction that the writer describes as an expression of grief as much as an expression of life. He follows this with Prince’s own handwritten words that he had completed for the project, allowing the reader to rediscover many musical treasures he left.

The memoir continues with a collection of never-before seen photos, outtakes from projects, including the drafts of the 1999 album cover, and other memorabilia that would be certain to please any hardcore fan and yet intrigue the most casual music critic.

“The Beautiful Ones,” is a painful reminder of how much we lost in his death – the ideas he could have expanded on, the stories and wisdom of the music industry and entertainment.

The art of mystery is what the last of the song and dance men like Michael Jackson and Prince along with their idol, James Brown, were all masters of. They thrived on it, in fact, creating unique personas to lure fans to fall for their magic, which we most certainly did time and time again. Upon their passing, we are left wondering what it was behind the curtain that allowed them to create and master such artistry.

This past summer marked the tenth anniversary of Jackson’s death, and April marked the third since Prince’s passing. Due to social media, it is possible that we will never see the level of superstardom they held – one filled with wonder, but in the end, it became a complicated trapping in their own fame.