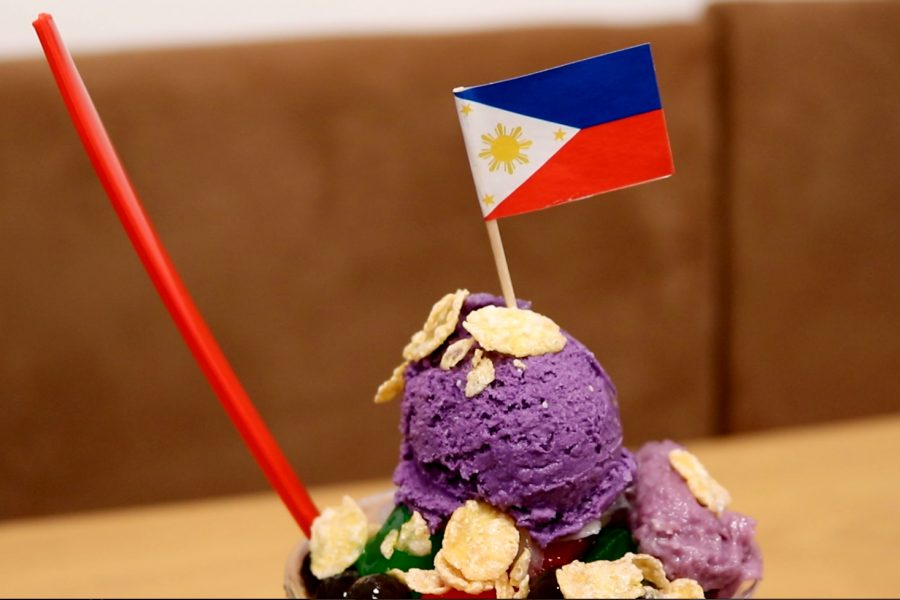 With Latinos comprising more than 80% of El Paso’s population, Mexican restaurants are a staple in the city’s gastronomy, but restaurants like Halo Halo Filipino Food and Tasty Kabob are challenging that status quo with exotic and authentic cuisine.

Located at 12135 Montwood Drive, Halo Halo Filipino Food opened its doors to the public in June of this year, joining the handful of Philippine food vendors currently operating in the city. The family-run business hopes its food can bring more diversity to the local culinary scene and a piece of home to the local Filipino community.

“I want them to leave with a full belly, of course, but also that they feel like they went home,” said Angelica Cruiz, co-owner of Halo Halo. “We want to bring everyone close to home and for people who haven’t been to the Philippines, we want them to have a taste of how the Philippines is.”

Back home in the Philippines, Cruiz’s sister and brother in-law own a dessert cafe which inspired Cruiz to open a restaurant of her own in the United States. Cruiz originally planned to only offer desserts, naming it “Halo Halo” after a popular Philippine dessert, however it was through her mother’s advice that she decided to expand the menu.

Halo Halo Filipino Food, as its name implies, offers an array of authentic Philippine food options like pancit, which are noodles with mixed veggies; pork slices marinated in a combination of a sweet, salty and slightly spicy barbecue sauce; chicken adobo, a juicy chicken seasoned in soy sauce; and lumpia, a spring roll filled with meat and served with sweet and sour sauce.

For Iris Monte, it is her first time having Philippine food since she moved from the Philippines five weeks ago.

“I am so happy I found this place,” said Monte. “I love their barbecue because Philippine barbecue is different. It is on the sweeter side, so I like it.”

Although the dessert is cold, its ingredients are full of familiar rich flavors that give the dessert a warm feeling.

“We want to take people back home,” Cruiz said. “Like our atmosphere. You go inside and it makes you feel like you are in the Philippines. The smell of the food and the way we cook it in the back. It’s like home.”

On the other side of town, another authentic restaurant offers exotic cuisine to the city’s residents. Tasty Kabob is an authentic Persian-cuisine restaurant at 6110 N. Mesa.

“The concept is all kabob,” said owner Eshi Hendny, who decided to open the family-run business in 2017. “All our chicken, meat, everything is on a skewer over an open flame. It is authentic Persian food.”

Items on their menu include chicken or beef Koobideh, which are two skewers of seasoned ground chicken served with rice and grilled tomatoes, comprising the authentic way of serving a Persian kabob meal.

Other items on the menu include marinated and grilled lamb chops served with Baghali rice and a choice of salad or vegetables; and ghormeh sabzi, which are fresh green herbs sautéed and stewed with kidney beans, sun-dried lime and chunks of tender beef, accompanied with Basmati rice.

“It is not very common in a city like El Paso, where I don’t think there is a large Iranian population, to have a (Persian) restaurant,” said Nasser Malek, 70, who is an Iranian engineer living in Ciudad Juárez. “I’ve come various times and they have really good food; I would say even better than cities that have larger Iranian populations.”

Tasty Kabob has gained national attention in just two years after opening its doors, featured in the popular Food Network Show, “Diners, Drive-Ins and Dives” back in July of this year.

As the description of the title says, Tasty Kabob’s food items are all prepared fresh, such as its tender and juicy meat that makes customers crave for more.

“We don’t have frozen or processed food here,” Hendny said.

With El Paso being the 20th largest city in the United States according to PolitiFact, the diversification of the city’s restaurants comes as no surprise.

“It’s important for there to be different cultures and gastronomy,” Malek said. “It’s good that there’s (food) from Iran, it’s another type of food that people should enjoy.”