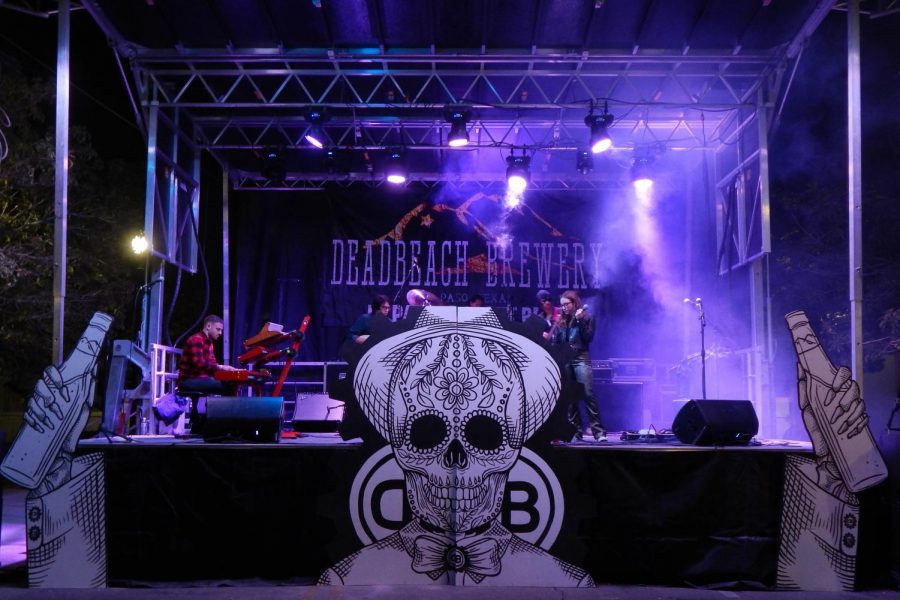 Local beer lovers convened outside the brewery to enjoy live music and taste the variety of beer types DeadBeach has to offer without paying an entrance fee.

The venue was sectioned off into three areas, each offering a different beer tasting experience: the taproom, the patio and the street.

Outside in the patio location, attendees were able to enjoy DeadBeach’s most iconic ales, the DeadBeach Lager and Chuco Lager, along with other drinks such as, Brown Bonnie, Abuela Stout, Chihuahefe and The Heartbreaker.

“The Pink Pink Pink is my favorite, I love sour beers. I just love the taste them. I even eat lemon sometimes, I know it’s weird,” Andrew Beach said.  Beach and his friends arrived after his favorite drink sold out.

Though DeadBeach has become a popular local brewery in El Paso, the venue’s events have drawn people from out of town including Beach and his companions.

“We actually found about DeadBeach at BeerFest two years ago,” Beach said. “Me and my friend went and there was a beer called Cherry Picker and it was really good.”

Three artists attended the event, two of them being Armando Mena and Adie Borunda who set up their displays beside the stage.

Mena worked attentively on a painting depicting an upside-down skull with pink and blue flowers above on a gray background, reminiscent of Día De Los Muertos, which was observed that same day.

To the right of Mena’s piece was Borunda’s artwork depicting a cartoonish image of characters beside cacti under a full moon on a cloudy night.

The crowd enjoyed performances from acts such as Go Fever, Kikimora, Get the Honey, Tereso Contreras, the Moonshine Trio, Walt on Wax and Brandon Bailey Johnson.

Attendees also partook in axe throwing, courtesy of “Relaxe,” and were given live performances by Odd Lab, an entertainment studio specializing in fire performances and LED light shows, displaying their intricate techniques throughout the event.